A report looking into the position of major markets at the mid-point in the trading week. USD still seems to find the buyers, whilst the rally on gold seems to be losing upside momentum. We look at the implications. 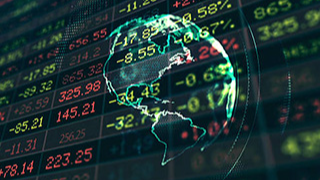 At the mid-point of the trading week, we look at how major markets are positioned. The US dollar (USD) can still attract buyers into weakness, whilst the oversold rebound on gold is finally beginning to stall. On indices, the path of least resistance remains higher, but optimism comes with increasing caution.

We saw the USD finding renewed strength after the June FOMC meeting. Markets have been pricing for tighter Fed monetary policy and speculation is now firmly that the first step (reducing the emergency asset purchases) will begin in the next few months.

An increasing number of FOMC members are talking about the timing of hikes. Yesterday we may have seen the key barometer that confirms the taper will begin in December at the earliest. Neel Kashkari the Minneapolis Fed President is the most dovish (wanting looser monetary policy) of all the FOMC members. Kashkari said yesterday:

So if Kashkari (who incidentally does not even have a monetary policy vote again until 2023) believes the end of the year is “reasonable”, we can expect the balance of the FOMC to be perhaps closer still. Maybe even announcing the taper in September to begin in October? FOMC minutes are unlikely to show us much today that we don’t already know. If there is any surprise, it will be hawkish (and USD positive).

USD had a strong pick up on this and is once more eyeing resistance on Dollar Index between 93.20/93.45. Another higher low at 92.40 gives a higher base as USD continues to be bought into weakness.

RBNZ holds steady, but hikes are on the way

Earlier this week, markets had priced for the Reserve Bank of New Zealand (RBNZ) to hike rates today. Renewed COVID infections of the delta variant have caused markets to re-set this expectation yesterday. The New Zealand dollar (NZD) fell sharply. The RBNZ has indeed hit the pause button, but this is only likely to be short term.

The RBNZ remains on course to probably be the first to hike rates, but markets may need to be a little patient. There has been a sharp decline in NZD/USD by -1.5% and with USD threatening further strength, this near term move lower could continue. However, once this move settles down, we still believe that NZD is well-positioned to be one of the outperforming forex majors.

The technical rally (a move that unwinds from an oversold position) on gold is beginning to stall. Given the new negative outlook, we have been biding our time looking for the next opportunity to sell. This opportunity may be close.

The rally has now unwound the Relative Strength Index to 50 and into key resistance around $1790/$1800. The resistance is an old pivot area through June and July and will be housing some old stale bulls from that period. We also see the resistance of a 10 week downtrend and the falling 55 day moving average (both around $1806).

Watch for a breach of initial support at $1780 to suggest the selling pressure is mounting, whilst a move below $1770 would give bearish confirmation. We believe that a break back below $1750 would re-open $1676 once more. Resistance at $1833 remains key.

Indices looking vulnerable to a correction

Equity markets have had a strong few weeks, breaking through resistances (FTSE 100) and hitting all-time highs (S&P 500 and DAX). However, the momentum of these moves is now waning. Profit-taking moves are threatening.

Technical analysis shows that there is a series of sell signals on the Stochastics momentum indicator in each of these markets. Near term supports need to be watched and if these are breached then markets could see themselves in a decisive near term corrective phase. Here are the supports: