The Federal Reserve has tentatively started to reduce asset purchases. Although there was no hawkish surprise, we continue to back the trend of USD strengthening 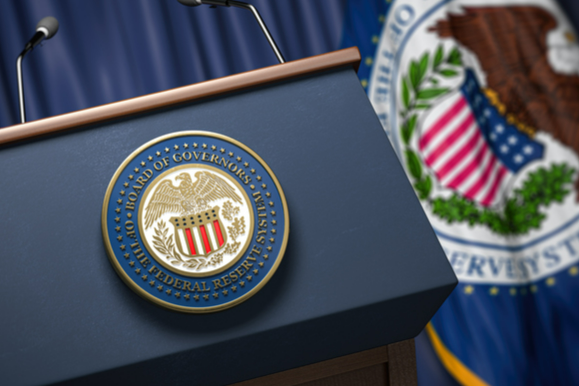 The Federal Reserve has formally announced that it will start reducing its emergency asset purchases this month. However, the announcement was largely anticipated by the market. Coming with a slightly dovish assessment of inflation, there was an initial kickback against recent US dollar strengthening. Despite this, we are seeing the dollar regaining ground this morning. As the dust settles, markets seem to think that the Fed will need to react to inflation in due course.

The Fed formally announces the taper

After months of speculation, “substantial further progress” has been made in the economy to begin the process of tightening monetary policy. The Fed has announced that it will reduce its asset purchases at a rate of -$15bn per month (-$10bn of government bonds and -$5bn of mortgage-backed securities).

Starting later this month, there will be $105bn of asset purchases, and in December there will be $90bn. Similar reductions are expected in subsequent months, however, the Fed “is prepared to adjust the pace of purchases if warranted by changes in the economic outlook. At the current rate, the reduction will be completed by June 2022.

Here are the changes to the FOMC statement:

This was a part of the meeting where perhaps markets had expected the Fed to be less dovish. The Fed admitted that inflation is “elevated” but this is  “largely reflecting factors that are expected to be transitory”.

Once supply constraints ease, this can help to support “continued gains in economic activity and employment as well as a reduction in inflation”. In the press conference, Powell noted that the supply constraints had been larger and longer than anticipated. He currently believes that they will moderate in due course, but the longer they do not, the pressure will be on the Fed to move away from its “transitory” stance on inflation.

The wording in the statement was a very slight shift from just the standard “transitory” stance, however, there is not enough yet to start pulling rate hikes forward significantly. In continuing to use the word transitory, the market will still see this as not moving in a hawkish direction.

No time to raise rates yet

The lack of hawkish lean was also evident in the discussion on interest rates. Powell noted that it was not the time to raise rates. He believes that the FOMC can be patient but will not hesitate if a response is called for.

Furthermore, he tried to re-emphasize the target of maximum employment which needs to be part of their thinking. This could be achieved by the middle of 2022. The committee wants to give the labor market time to heal further.

For now, it seems that current pricing going into the meeting has held fairly steadily. The likelihood is for rates to start to be increased in Q3/Q4 2022. The EuroDollar rates (US interest rate futures) point to this.

This is also reflected in the current probabilities for the Fed Funds rate in September 2022. The current pricing suggests a probability of over 80% that a hike will be seen.

This also suggests that there is plenty of room to price in a rate hike coming sooner than this. Given how the risk is that inflation remains elevated for even longer, this could pull in expectations for a faster taper and a sooner rate hike.

Wages will be an important component to watch here, as they would reflect the strength of bargaining power that workers have to increase their salaries in the face of higher inflation expectations. The market reaction could already be moving for that eventuality.

As the dust is settling, there still seems to be a USD positive bias running through major forex. After initially weakening on last night’s decision, the dollar bulls are fighting back today. We are watching for: