There were positive signs for risk appetite yesterday as weakness was bought into. This could be an important shift in market sentiment as we come towards the end of another volatile week. 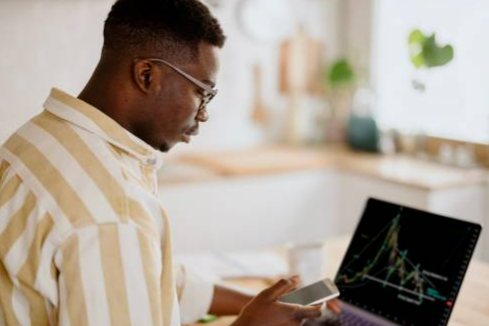 There have been a few green shoots of recovery in recent days. For weeks, market participants have been seeing a negative bias to risk appetite, with near relentless USD strengthening and risk rallies being sold into. However, in the past few days, we are seeing the USD starting to correct and weakness is starting to find support. The key could be whether Wall Street plays its role in this recovery. US futures are higher this morning, with NASDAQ leading the way. That tends to be a good sign of positive risk appetite.

In overnight data, Japanese core inflation, as expected, has jumped above the Bank of Japan’s 2% target. Additionally, UK Retail Sales have come in significantly ahead of expectations in April. Admittedly, analysts had been fearing the worst but it has not materialised, at least not yet. This is helping GBP to build on support today.

The economic calendar is a fairly quiet end of the week. Flash Eurozone Consumer Confidence is announced later today, but interestingly the consensus is looking for a slight pick up in May. This could be a turning point after the dramatic deterioration in confidence in March as consumers digested the impact of the wake of the Ukraine war.

Market sentiment is holding the improvement: European indices and US futures are higher this morning. There is a positive bias on major forex, with the commodity currencies outperforming.

Treasury yields edge mildly higher: Yields have been lower in recent days (weighing on USD) but are looking relatively steady today, with just a mild hint of the upside move.

Japanese inflation increases as expected: Core inflation in Japan has increased sharply to 2.1% in April (from 0.8% in March). This was in line with analyst forecasts.

UK Retail Sales better than expected in April: In a surprisingly positive set of data, core UK Retail Sales (ex-fuel) have increased by +1.4% MoM having expected to be a decline of -0.2%. The YoY data has still turned sharply negative although not as bad as feared and is now falling by -6.1% (-8.4% expected) after being -0.2% YoY in March.

Cryptocurrencies look more stable: A decent pick up during yesterday’s session has seen Bitcoin back above $30,000 once more. This seems to be a neutral area for now. Above $31,400 turns BTC more positive.

Broad outlook: Signs of improvement continue overnight. Indices are feeling the benefit today, with a positive risk bias to forex too. Commodities are consolidating.

Forex: USD has been slipping lower recently. NZD, AUD, and CAD are outperforming.

Commodities: Precious metals are looking to sustain the recent improvement. Oil trades with a slight positive bias within the seven-week range.