After a recovery on risk assets yesterday, there is far more of a cautious feel to major markets this morning. Selling risk assets into strength has been a consistent theme as key data has continued to paint a picture of mounting recession risks. Nonfarm Payrolls will be in focus today. 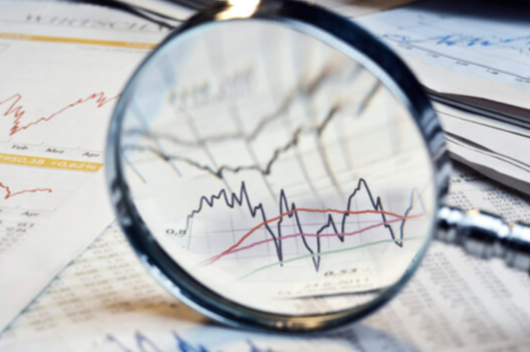 WHAT WE ARE LOOKING AT﻿

US recession risks continue to mount and whilst there are occasional near-term rebounds in risk appetite, they tend to be short-lived before the next bout of selling pressure hits. Yesterday’s risk rally has allowed equity markets an uplift, whilst the US dollar has also been pulled lower. However, we see these as near-term moves. Today’s Nonfarm Payrolls is the next data point that the market will be looking at for signs of stress in the US economy. For now, any bad news on economic data is good for the dollar (seen as a safe haven asset) whilst any assets deemed to be higher risk are being sold. Any negative surprise in the payrolls data is likely to induce this reaction once more.

Market sentiment is cautious ahead of payrolls: USD is starting to regain ground once more, whilst US futures are slipping back initially. There is a cautious feel to major markets which are likely to start to hold ground ahead of the payrolls data as the European morning continues.

Fed hawks speak: The FOMC’s Waller (permanent voter, very hawkish) has noted that inflation does not seem to be coming down and the Fed needs to be “much more restrictive” with “large increases” in “frontloaded hikes”. He called for a 75bps hike in July and favours a 50bps hike in September. Also, the FOMC’s Bullard (2022 voter, considered the biggest hawk on the FOMC) believes that there is a good chance of a “soft landing”. He is looking for the Fed Funds rate to be 3.5% this year.

Shinzo Abe shot: The former Japanese Prime Minister has been shot whilst campaigning and is in critical condition.

Cryptocurrencies higher: Crypto has had a decent few days. Bitcoin has rallied above $21,850 to its highest level since 16th June. It is c. +1% this morning.

Broad outlook: Risk appetite is cautious ahead of payrolls, with the USD strengthening once more. However, indices are consolidating.

Forex: The USD has had another shot in the arm this morning and is regaining significant strength.

Commodities: Precious metals remain negatively configured whilst oil is consolidating around initial resistance in a rally.

Indices: Indices recovering into near-term pivot resistance leaves them at a crossroads. 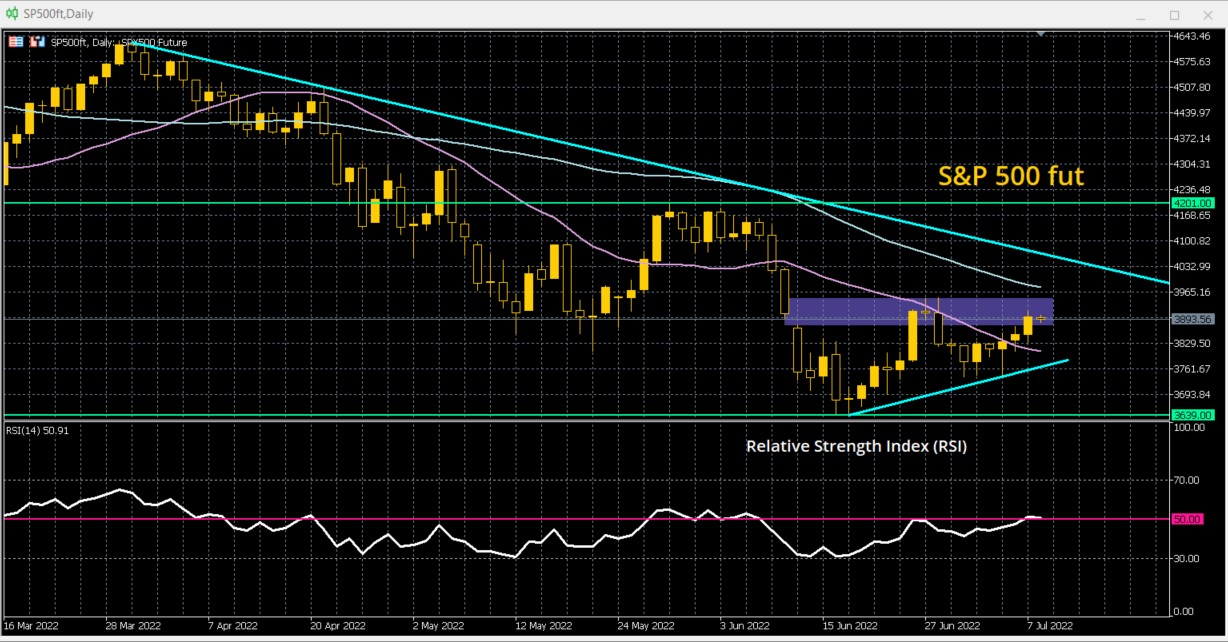 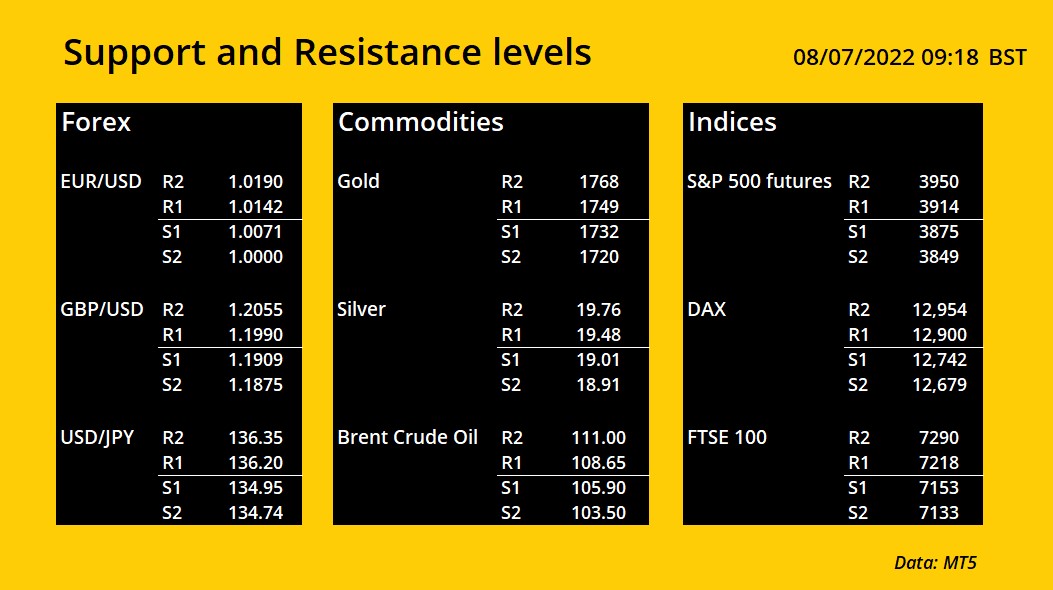