Commodities are drifting lower despite the war dragging on

As US bond yields have moved higher and USD has strengthened, we are seeing commodity prices drifting lower. This comes despite the war dragging on. 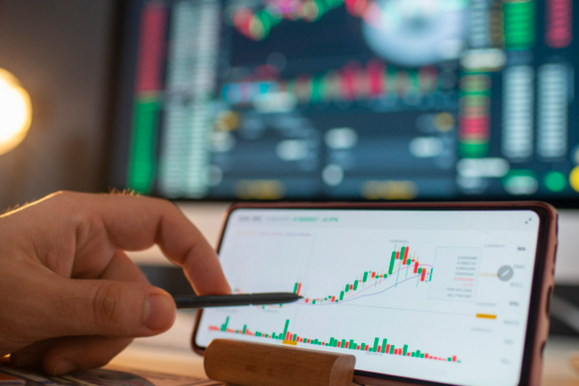 The outbreak of war in Ukraine caused a massive spike higher across the commodities complex. Anything directly linked to production in Russia (oil and palladium especially) increased significantly, whilst precious metals also advanced. However, this move has reversed in recent weeks. Whilst the war is dragging on, a move higher in bond yields and a strengthening of the US dollar (USD) are weighing on commodity prices.

US Bond yields continue to rise. Yields initially reacted lower to the war (on a haven flow). However, since the initial reaction, they have been rising hard since early March. Inflation fears and an increasingly hawkish sounding Federal Reserve have fuelled the move.

As can be seen from the performance of major commodities (metals and energy), there has been more of a drift lower in the past month. Oil continues to fluctuate in a volatile manner, as does palladium. However, there is an ongoing corrective drift across the broad complex now. Within that though, it is interesting to see the gold price is holding up relatively well, especially compared to platinum and palladium.

Now, let’s look at the link between real yields, the USD and metals such as gold and silver.

Higher real yields are positive for the dollar. There was a time in late February/early March when this relationship broke down. However, we attribute this to a significant safe haven flow into Treasuries (a primary safe-haven asset) and the USD (also seen as a key safe-haven choice in the forex space). Since real yields have been rising over the past month, the USD has been more tentative but is still stronger, re-aligning with the historic positive correlation. A stronger USD is a drag on commodities.

Gold is still, on average, strongly negatively correlated to the moves in real yields. Higher yields should be negative for gold. For now, gold is holding up well, but the longer that real yields rise, the more negative drag pressure will be put on gold.

As for silver, we are seeing more of a drag lower from the impact of rising yields (and the stronger dollar too).

Looking at the technical perspective on Gold (MT5 code: XAUUSD) we see the price gradually trending lower over the past four weeks. This comes with the 21 day moving average (a near term trend indicator) now turning lower and decisively falling for the first time since December.

The near term basis of support around $1915 is protecting a retreat to the support band $1878/$1895. However, given the trending move lower and mild negative bias on momentum configuration, we favour a move to test $1878/$1890 in due course. The resistance in place now at $1950 would need to be broken on a closing basis to suggest this corrective drift is reversing again.

On Silver (MT5 code: XAGUSD) the downtrend is more defined and a more decisive run of negative daily candlesticks which reflect the outlook of selling into strength. The market has already broken below the support band at $24.45/$24.67 which has been a corrective signal. This has opened the way towards a retreat into the next pivot band between $23.15/$23.45. It would take a decisive move above the lower high at $25.08 to suggest the corrective move is turning around.

Looking at Brent Crude oil (MT5 code: UKOUSD) there is a corrective bias that has taken hold. There has been a decisive downtrend forming over the past two weeks, with a run of lower highs and lower lows. Earlier this week, there had been potential for a basis of support forming around $105, however, that has been broken to continue to corrective move.

We are also now seeing today the market breaking the support of a downtrend of almost four months (dating back to mid-December). A closing breach of this trend would be a negative development. However, given the psychological importance of $100, we would see a close in the $90s to be a key corrective signal.

On a near-term basis, $105.20/$107.00 is a basis of resistance, with the two-week downtrend currently up around $109.50. In light of the volatility that is still present in the oil market, a move above $112.50 resistance would be a key signal for potential moves higher in oil again.