A Bank of England rate hike was expected, but the market has reacted to a deterioration in the UK economic outlook. GBP is under mounting selling pressure. 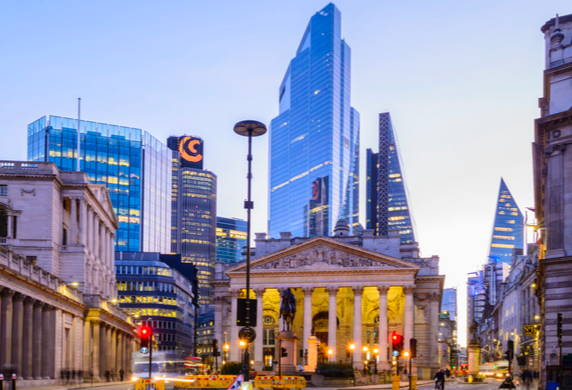 The Bank of England hikes as expected

The Bank of England has continued to increase its Base Rate in May. A +25 basis points rate hike to 1.00% is the fourth rate hike since December.

This move was in line with market expectations. However, there were members of the Monetary Policy Committee that were looking for a stronger response. All 9 voted to hike rates, but 3 of the 9 wanted a 50 basis points hike. Those three were Jonathan Haskel, Catherine Mann and Michael Saunders.

With inflation expected to move above 9% in Q2, before hitting 10% and potentially higher in Q4, this has nudged some on the MPC to vote for a more aggressive monetary policy tightening.

However, the economic outlook is not great. Given the high inflation levels and impact on consumer spending, the projections for growth have been significantly pared back.

Q2 GDP growth is now expected to be only +0.1%, having previously been expected to be +1.2% (in February). This is coming from a large rise in living costs which will weaken demand. This is negatively impacting the UK economy. However, the economic outlook is not great. Given the high inflation levels and impact on consumer spending, the projections for growth have been significantly pared back. Consumer Confidence has fallen for five months in a row and is now around record lows. Retail Sales volumes are declining and consumers are having to dig into savings to help pay for the price hikes.

Market expectations of the UK interest rate path (measured via the SONIA rate) have increased in recent months. An interest rate of 2% by the year-end and potentially 2.5% in 2023 is possible and the Bank of England did not overly push back on this view today.

In the battle to fight inflation, higher rates can still be expected but at the cost of economic growth. But hiking rates to fight (largely externally generated) inflation to the detriment of the economy is not a recipe for a stronger currency. Ultimately this pressure is likely to weigh on the ability to increase rates as much as markets are expecting.

This negative outlook for the UK economy is reflected in the sharp decline in UK bond yields (the UK 10-year yield has fallen by -10 basis points). That is why GBP is falling decisively on this rate hike.

We have also seen a decisive sell-off taking hold of GBP against major currencies: