A change of tune for indices as the bulls lose control

We look into the 2013 original taper tantrum and what it might mean for 2021. Equities are looking corrective, but the move may not last long. 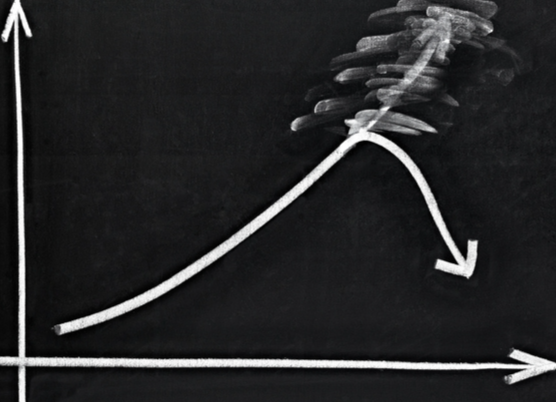 For about six months, equity markets have been consistently pulling higher. Buying into weakness within broad uptrend channels. Of course, performances have varied in that time, but the general theme was bullish on major indices. However, as the time of the Federal Reserve reduction to its $120bn per month emergency asset purchases draws ever closer, indices could become jittery. This may already be happening now. As these multi-month uptrends are being broken in recent days, it seems that the bulls have relinquished control of equity markets. Key tests of support may now lie ahead.

Looking back at the 2013 “taper tantrum”

On 22nd May 2013, the then Fed chair Ben Bernanke announced that the FOMC would be tapering its QE asset purchases that it had been conducting since the 2008 financial crisis. The impact was almost instant and was coined the “taper tantrum”. Bonds were sold off (yields higher) because the Fed would no longer be artificially supporting the bond markets. Higher risk equity markets also sold off.

The 10 year US Treasury yield increased by over 100 basis points over the next three months from c. 1.90% to 3.00%. In the event, after months of debate in FOMC meetings, the Fed finally began to reduce asset purchases in mid-December. The 10 year yield hit a multi-year peak of 3.04% in early January 2014, before falling back again. The 10 year yield took 5 years to get to 3% again.

There was also a near term correction seen on Wall Street. The S&P 500 Index fell by over -7% in the next three weeks. However, what was interesting is that equities quickly regained support after this three-week correction and took another three weeks to regain their losses, to then push higher once more. The taper tantrum that was seen in the bond markets was far less pronounced in equities. The S&P 500 has never looked back since.

This time around, there has been no formal guidance on tapering yet (although the majority of Fed members have spoken about the taper occurring at some stage soon). The meeting on Wednesday could be used to lay the groundwork for a likely December taper.

However, the post-pandemic taper will come as no surprise. Despite this, there has been hardly any reaction on Treasury yields. Although there is arguably a mild upside bias forming on the 10 year yield, it is nothing decisive, whilst 1.38%/1.40% is a barrier.

Perhaps there will be more of a reaction when the time comes for a formal announcement on tapering. For now, though, bond markets are fairly well contained.

Corrective pressure is coming through equities though, and this could be part of a reaction to the ensuing taper. Wall Street has shown a growing sense of correction in the past couple of weeks. With US futures on Monday morning down around -1.2% lower than Friday’s close, this will take the S&P 500 around -4% off its recent highs. This is still very much in keeping with other corrective moves, but could yet go further as key support is tested.

Although trends are breaking, we are not bearish

Although the size of the Wall Street correction is not extraordinary (at least for now), there is a deterioration in the technical outlook. The S&P 500 futures (MT5 code: SP500ft) has broken an uptrend dating back to March 2021.

The move is now testing an important technical level. The reaction low at 4347 is the first key higher low of the old uptrend. A closing breach of the support would confirm the loss of bull control and threaten a new corrective trend. It would also open the next support band around the 4223 July reaction low, around -7%/-8% off the 4549 all-time high. The bulls will be keen to start building support around here or may need to wait for around 4220/4265 for a supported buying opportunity.

The bulls are losing control everywhere

Uptrend channels are also being broken in Europe. The German DAX (MT5 code: GER30) has also decisively broken its trend channel. The key support band between 14,800/15,040 is now being eyed. A breach of 14,800 would turn the outlook bearish.

Despite all this corrective pressure, the one market that this still looks to be merely a pullback is on the NASDAQ. The NASDAQ 100 futures (MT5 code: NAS100ft) is testing its first key breakout support at 15,130. The uptrend channel is still firmly intact, and if any support begins to sustainably develop, this is the one market we can point to and say that this would be a buying opportunity.

Equities are under pressure and could have more to go, however, key supports lie ahead. Furthermore, if this is the taper tantrum, history suggests that equity markets are quick to find support once more.