We look into the drivers behind the near term breakout in the oil price and why we see the move has got upside potential. 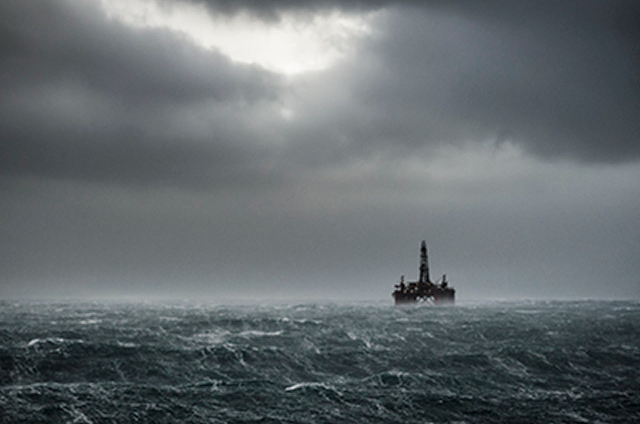 Near term factors have taken supply out of the oil market, whilst there are signs of demand stabilising and potentially spiking after a summer of impact from rising COVID cases. Technically we are seeing the oil pricing breaking to 6 week highs. The near term outlook seems to be positive for further upside, although this may slow as we move towards the end of the year.

Supplies impacted by OPEC+ and hurricanes

The global supply of oil has dipped in recent months. OPEC+ have been looking to increase production but increased efforts from countries such as Saudi Arabia, Iraq and Russia have been offset by production problems in Nigeria, Kazakhstan and Mexico. This means OPEC+ is -150,000 barrels per day (bpd) down in the past month.

Add in the struggle to get US oil supplies back up following Hurricane Ida at the end of August (and could be down as much as -650,000 bpd in September) this has helped to drive an oil price rally in recent weeks. The latest break higher is coming as Tropical Storm Nicholas (potentially also a hurricane) approaches the Texas coastline. This threatens to stall supply recovery attempts.

However, these issues will only be short term. OPEC+ is expected to increase supply by another 400,000 this month whilst US supplies will only be temporarily reduced too. The IEA believe that global supply will be around +2m bpd higher by around the year-end than where they are now.

IEA also looking for improved demand through to the year-end

However, as supplies recover and increase once more, so should demand. The IEA sees the demand recovery following a more accelerated path, which is adding near term momentum to the oil price.

COVID cases increased in countries such as China, Japan and Australia over the summer, with social mobility restrictions negatively impacting global oil demand. The IEA calculates that consumption was lower by -310,000 bpd each month in the three months to September.

However, this trend is expected to recover in October with the IEA citing “strong pent up demand and continued progress in vaccination programmes”. The agency expects demand to be sharply higher by +1.6m barrels in October.

Near term fundamentals are positive for oil

This spike in demand and a relatively slower increase in supply is generating upside momentum in the oil price. A move above $74 on Brent Crude and above $70 on West Texas Intermediate has pulled oil to six week highs.

The near term momentum is strong and if there is any lingering impact from tropical storms and hurricanes in the Gulf of Mexico, then the negative impact on supply could fuel the rally further in the coming few weeks.

However, as supplies catch up with demand by the end of the year, this rally in the price could begin to dissipate.

A near term rally on oil is into a third session and is breaking clear of resistance this morning. On Brent Crude oil (MT5 code: UKOUSD) there was a six week closing high last night (above $73.32), whilst on an intraday basis, we are also seeing this morning six week highs above $74.18.

Technical analysis is tentatively confirming the breakout, with the Relative Strength Index (RSI) momentum indicator into the high 50s. However, for more conviction in the move, we would be looking to have the RSI decisively into the 60s. An upside projection of a breakout from the near term range implies $77.50. This would suggest a test of the key summer resistance highs between $76.50/$78.40 could be seen.

We are turning more bullish (although still waiting for confirmation) and are now looking to use weakness as a chance to buy. There is good near term breakout support between $72.00/$74.20. 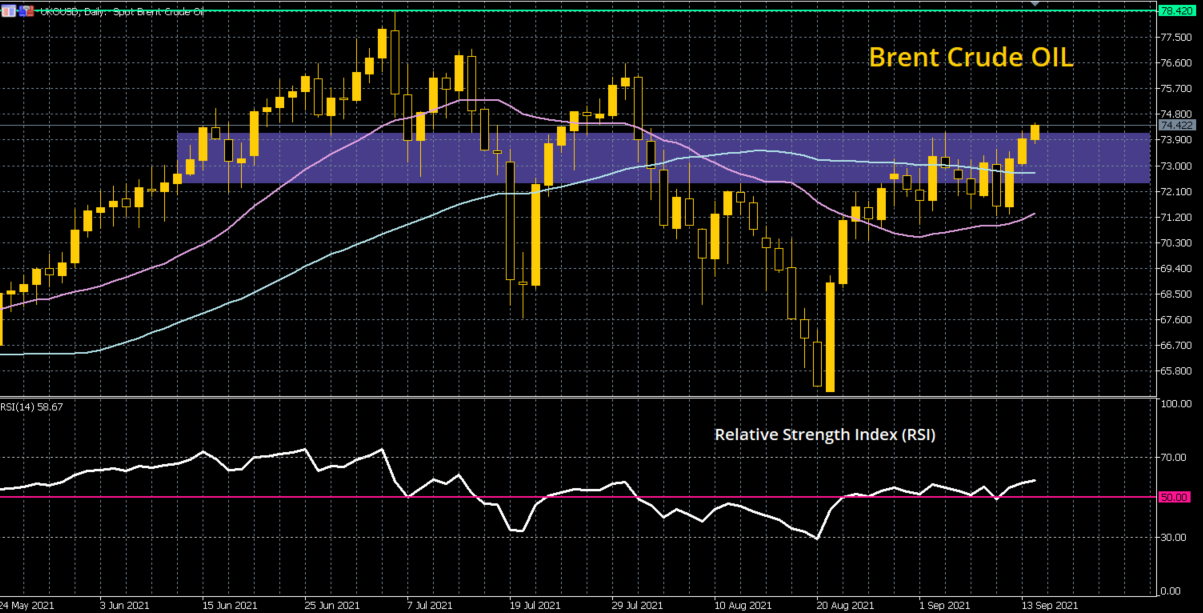 The big caveat for oil is broad sentiment and risk appetite faltering. How COVID develops in the coming weeks could certainly be key to this, but also if there were to be a “taper tantrum” around the Federal Reserve cutting its asset purchases. The September FOMC meeting will be the first real indication of whether this may be seen before November/December.

A breakout in the oil price is coming with growing upside potential. A sharp improvement in demand prospects and supply issues are helping to drive the move. The near term outlook is looking promising.