Week Ahead: US Retail Sales, a slew of tier-one major data

Tier one data is again a little limited in the US this week, but the focus will certainly be on the retail sales numbers. Elsewhere in major economies, tier-one data is in abundance, with inflation again crucial. 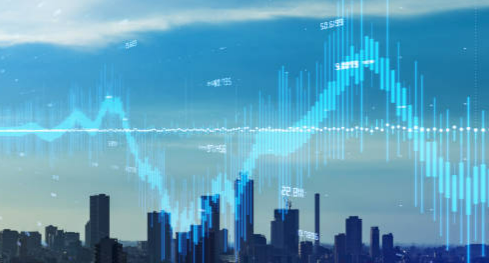 It is another fairly quiet week for the calendar stateside, but the focus will be on US Retail Sales are responding to the sharp increase in inflation. In other major markets, there is a slew of tier one data for the UK, along with Eurozone growth and inflation, and Japanese inflation also on the docket. In LatAm, the focus is on GDP data for Chile and Colombia.

The key focus for the US this week is how the Retail Sales numbers are set to be impacted by the ever-rising inflation pressures. Forecasts suggest that the headline sales are due to rise by +0.7% once more in October, after growing by +0.7% in September. Core sales have grown for the past two months. It was interesting to see the apparel component of the CPI inflation was one of the only sub-datasets not to increase, so this may help sales growth this month.

Industrial Production is also important on Tuesday. After last month’s surprise decline in production (the first in seven months), monthly growth of +0.7% would help to stabilise the year on year rate around 4.5%.

Canadian inflation increased to an 18 year high in September as gas prices, housing costs and food prices soared. This is adding pressure on the Bank of Canada to raise interest rates in early 2022. Further increases will add to these calls and could bring a potential BoC rate hike squarely into Q1 2022 territory.

There is a slew of tier-one UK data this week with unemployment, inflation and retail sales on the docket. UK Unemployment is expected to be unchanged at 4.7% but we are watching for the wage growth causing a reaction. Wages are expected to fall slightly to +7.0%. UK core CPI inflation is expected to tick back higher to +3.0%, but given the enormous jump in US inflation, there has to be an upside surprise risk. We are also keeping an eye on the PPI input prices, which increased above 11% last month. A further increase would add to margin pressures on companies. UK core Retail Sales are expected to recover in October after a wretched few months of declines.

Eurozone growth and inflation are just revisiting prior readings this week. Given that forecasts suggest no revisions are expected, the impact could be quite muted. The second reading of Q3 GDP is expected to remain at +2.2% which is again where the final Q2 GDP growth was. Inflation will take more focus and after the huge upside surprise in the US, there could be some upside risk. Further clues may be taken from Tuesday’s inflation for France and Italy and how any revisions may feed through to the Euro area data.

Japanese CPI is not expected to create too much volatility, with the core CPI expected to be unchanged on last month’s +0.1%.

According to the central bank, Colombian GDP is expected to grow by +8.6% across the year in 2021, after an upgrade to forecasts in September. However, after growth moderated in August, the bank will be looking for a decent bounce back in September. Monthly Chilean GDP has been growing by double-digits in the past couple of quarters and according to Bloomberg is expected to grow by +12.3% in September. This would help to cement Chile as one of the strongest LatAm economies.