Week Ahead: US confidence, growth & inflation into the mix

A busy week is in store for traders despite it being Presidents Day on Monday. The rest of the week is packed with tier-one data, with US confidence, growth and inflation the highlights. 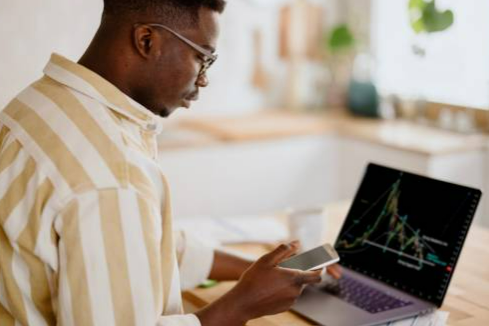 Approaching the end of the month, there is often a few loose ends to tie up. Despite it being Presidents Day for the US on Monday, the rest of the week is pretty packed with data. Flash PMIs, final Eurozone inflation, Michigan Sentiment, and the second reading of US Q4 growth all need to be watched. However, there is also tier one US data in the form of Consumer Confidence and the Fed’s preferred inflation gauge, the core PCE. We are also on the lookout for potential hawkish signals from the Reserve Bank of New Zealand, along with a rates decision by the Colombian central bank. Once more in Latin America, the focus is on inflation.

Flash PMIs give a good forward-looking view of confidence in the economy. Consensus sees a slight decline in manufacturing PMIs but an improvement in services, which would pull the Composite PMI closer to 52.0 and a mild acceleration of growth prospects as Q1 develops.

Consumer sentiment is also on the docket. However, the trends are not great, with the Conference Board’s Consumer Confidence is expected to slip slightly to 110.0 (back to where it was in September) whilst the final reading of Michigan Sentiment is expected to confirm the continued deterioration after the prelim dropped to 61.7.

Prelim GDP for Q4 is expected to see a slight upward revision to 7.0% which is up from the 6.9% Advance reading. The Fed’s preferred inflation gauge, the core PCE is also worth watching. Consensus often calls this one right though, with an increase o 5.0% expected. Subsequently, any upside surprise would be a market mover.

The Reserve Bank of New Zealand is set to start hiking rates this week. With unemployment falling to 3.2% (multi-year lows) and annual inflation jumping to 5.9, the pressure is mounting on the RBNZ to act. The talk has been that there is even risk of a +50 basis points hike this week. However, the bank has recently said that it prefers a gradual tightening.

There is also a clutch of European data this week. The signs are that economic activity is beginning to recover after the Omicron induced slowdown of H2 2021. The initial focus will be on whether the German Ifo Business Climate can improve for a second consecutive month. Improvement is expected to be driven not only by the expectations component (as it did last month) but also in current conditions too.

The consensus is not expecting any revisions to the January Eurozone inflation data this week. However, there will also be a focus on the Eurozone sentiment gauges for the industrial and services sectors. After falling away around the turn of the year, an improvement in sentiment would be a welcome boost in February.

Brazilian inflation increased to 10.38% in January but is expected to have fallen back to +10.2% at the mid-month stage in February. This slight trend of moderation in inflation is also expected to show again in Mexico too, with Mexican mid-month inflation forecast at 7.07%.

The Colombian central bank is set to meet this week, but the seven-member committee will not vote on the interest rate. With inflation moving ever higher (likely to be around 7.6% in February) and the central bank is expected to hike by another 100 basis points in March to 5.0%.