Week Ahead: Packed with central banks, PMIs and US payrolls

Traders need to prepare for a deluge of tier one data this week. Three major central banks and the US jobs report are the highlights. 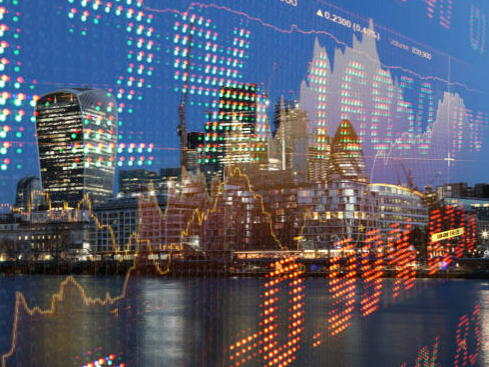 The first week of the month is always busy, however, perhaps this one is more so than usual. The calendar is packed wall-to-wall with tier one data. There are three major central banks to keep traders on their toes, in addition to the usual batch of PMI surveys. The week then rounds off with another crucial US jobs report.

The PMIs are always important as they are the most current snapshot of a country’s growth outlook. The ISM data is the version of the US data that the market sits up and takes the most notice of. The ISM Manufacturing is expected to reflect the sector still growing strongly in the high 50s (albeit slightly lower at 58.3 in January). This is also expected to be the case with the ISM Services which covers a much larger segment of the economy and is expected to remain in the low 60s. If so, despite slipping back for what would be the last couple of months, the US economic outlook would remain strong in January.

The end of the week is all about US jobs. The ADP Employment is expected to have moderated back to 250,000 in January. After the huge bum-steer from ADP last month (which was massive at 807,000 versus the Nonfarm Payrolls of 199,000), the two are expected to be much closer this month. Official Nonfarm Payrolls are expected to be 238,000. With the participation rate still at least 1% below pre-pandemic levels, the continued restriction on labor supply is resulting in the growth of fewer jobs. However with unemployment at 3.9%, this may now be the new normal and still reflect increased tightness in the labor market. Wage growth (Average Hourly Earnings) is forecast to pick up to 5.1% and would also reflect this tightness and the pricing pressures as a result.

Eurozone inflation is expected to remain steady on the headline and just move marginally higher on a core basis on Wednesday. This will be hot on the minds of the ECB on Thursday too. Watch for a potential steer from German inflation on Monday, being the Eurozone’s largest economy.

Three major central banks update on monetary policy this week. All come with the potential for driving volatility in the coming days. The Reserve Bank of Australia (RBA) is first up and after recent strong employment and higher than expected inflation, there could be a change in tack (or at least the hint of one) from Governor Lowe. No tightening is expected yet, but the language could certainly be more leading towards action. Lowe said in November that only persistent inflation would bring forward the first rate hike from 2024 and that one in 2022 was not warranted. Any change to this would be AUD supportive.

The Bank of England is expected to hike by +25 basis points (to 0.50%) on Thursday. If so, traders will be watching for how unanimous this decision is. Furthermore, inflation and growth projections are updated, which could add fuel to any upside that GBP sees off a rate hike. GBP would suffer if the expected hike were not seen.

We also get the European Central Bank on Thursday too. Whilst no policy changes are expected, how the Governing Council deals with communication surrounding increasing inflation levels will be important. Markets are starting to price for tighter policy over the coming 12 months.

The Brazilian Central Bank is expected to announce another big hike in rates this week. With inflation remaining above 10% (following the mid-month inflation data last week), the bank is expected to continue to deploy its exceptionally hawkish response to the pricing pressures. Despite the negative impact of such eye-wateringly high-interest rates, the Brazilian real has performed well in recent weeks. Latterly that performance has also come in the face of a strengthening US dollar. It may struggle to continue this performance if such aggressive tightening continues to be necessary.