Week Ahead: More inflation data on the docket for traders

Inflation and the impact on bond markets is still crucial factor behind major market moves. This week, there is inflation for four more major economies to digest. US Retail Sales will also be eyed. 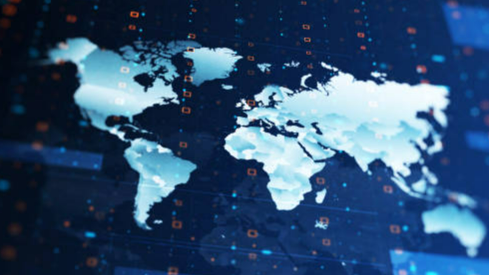 As has been the case for several months, any time data on inflation is on the economic calendar, market participants sit up and take notice. And so it is once more the case, with inflation from four major economies this week. We are also keeping an eye out for some more growth numbers for Q4 and a clutch of tier one UK data.

After a surprise sharp monthly decline in December, US Retail Sales are the key focus for major markets this week. December sales were the worst in 10 months and market participants will be looking for a recovery in January, even if this would be merely a stabilization. With Industrial Production expected to decline slightly in January, this would be the second straight month of (mild) decline). The harsh winter and the Omicron variant will be playing a role but the early 2022 sectoral trends are looking a little subdued for the US. This would put more emphasis on next month’s data that will need to show signs of improvement.

A general trend of deceleration is also in evidence on the regional Fed surveys recently. This week we could see this trend improve slightly. The New York Fed activity is expected to respond well to last month’s surprise slowdown and bounce back above zero. The Philly Fed is expected to remain on its mild trend of improvement.

Once more we see inflation is the key focus across major economies, with China, the UK, Canada and Japan all updating. Inflation fears remain paramount, especially for bond markets which have been selling off hard recently. US CPI was the catalyst last week. Elsewhere for major economies, looking at the consensus it seems to be a bit of a mixed bag this week. For the Asian majors, inflation seems to be tracking lower, with both China and Japan expecting mild declines. However, we are also expecting prices to continue higher for both the UK and Canada. Upside surprises will increase the pressure on the Bank of England and Bank of Canada to tighten policy faster.

Other notable data comes with the German ZEW Economic Sentiment which is expected to continue its improving trend. This is likely to be helped this month by what is forecast to be a pick up in current conditions too, suggesting the reduced impact of Omicron. Also, keep an eye out for Australian unemployment. Last month’s surprise decline fuelled an AUD rally, but unemployment is expected to tick higher in January. This could weigh on AUD.

Outside of Colombia, it is a fairly quiet week for Lat Am data. December looks set to have been a bit of a mixed month for the sectors. Colombian Industrial Production is expected to have slipped but remains in double-digit growth for the year. However, Colombian Retail Sales are expected to have picked up again after a slightly disappointing November. Colombian GDP growth looks to have moderated slightly in Q4 down to 2.5%. This would be a slightly subdued end to the year.