Week Ahead: Inflation is the theme with US CPI eyed

US CPI is the key risk event of the week, with Michigan Sentiment also important. Growth indicators are in focus for Europe, whilst inflation remains crucial for Latin America. 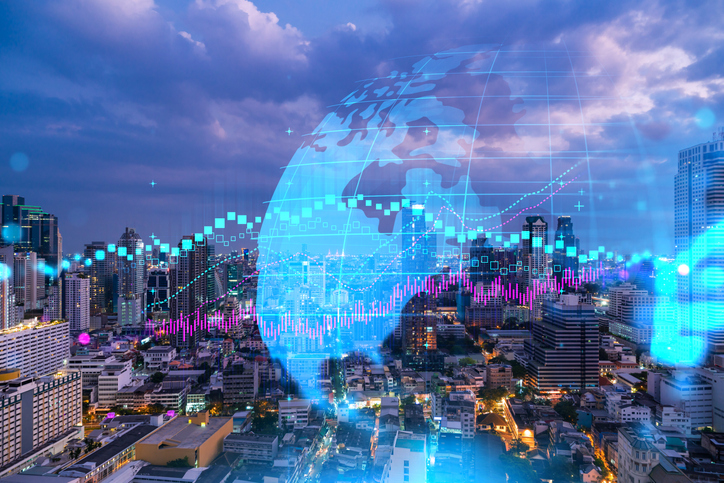 After the volatility of recent days, the economic calendar is looking rather more sedate this week. Inflation remains a crucial conundrum for central banks of the major economies of the world. US CPI will subsequently take the key focus for traders this week, in addition to inflation indications taken from the PPI and Michigan Sentiment. Inflation indicators from China and Australia are also on the calendar. Elsewhere, the first look at UK Q1 GDP will be of interest after the Bank of England’s gloomy assessment of the UK economy last week. In Latin America, we are on the lookout for Mexican and Brazilian inflation and the Mexican central bank’s rate decision.

There are limited US data points this week, but there are a couple of key ones. US inflation trends continue to run higher, but there were signs in the core CPI last month that peak inflation may be approaching. The assessment of how this is reflected in the April data will be key for US CPI and US PPI. Both are expected to increase only marginally.

Michigan Sentiment is expected to deteriorate in April, driven by declines in both current conditions and expectations. This would reverse the improvement that was seen in March data. However, the focus will also be on the consumer inflation expectations which remain around 8-year highs, but have shown signs of stabilizing recently. 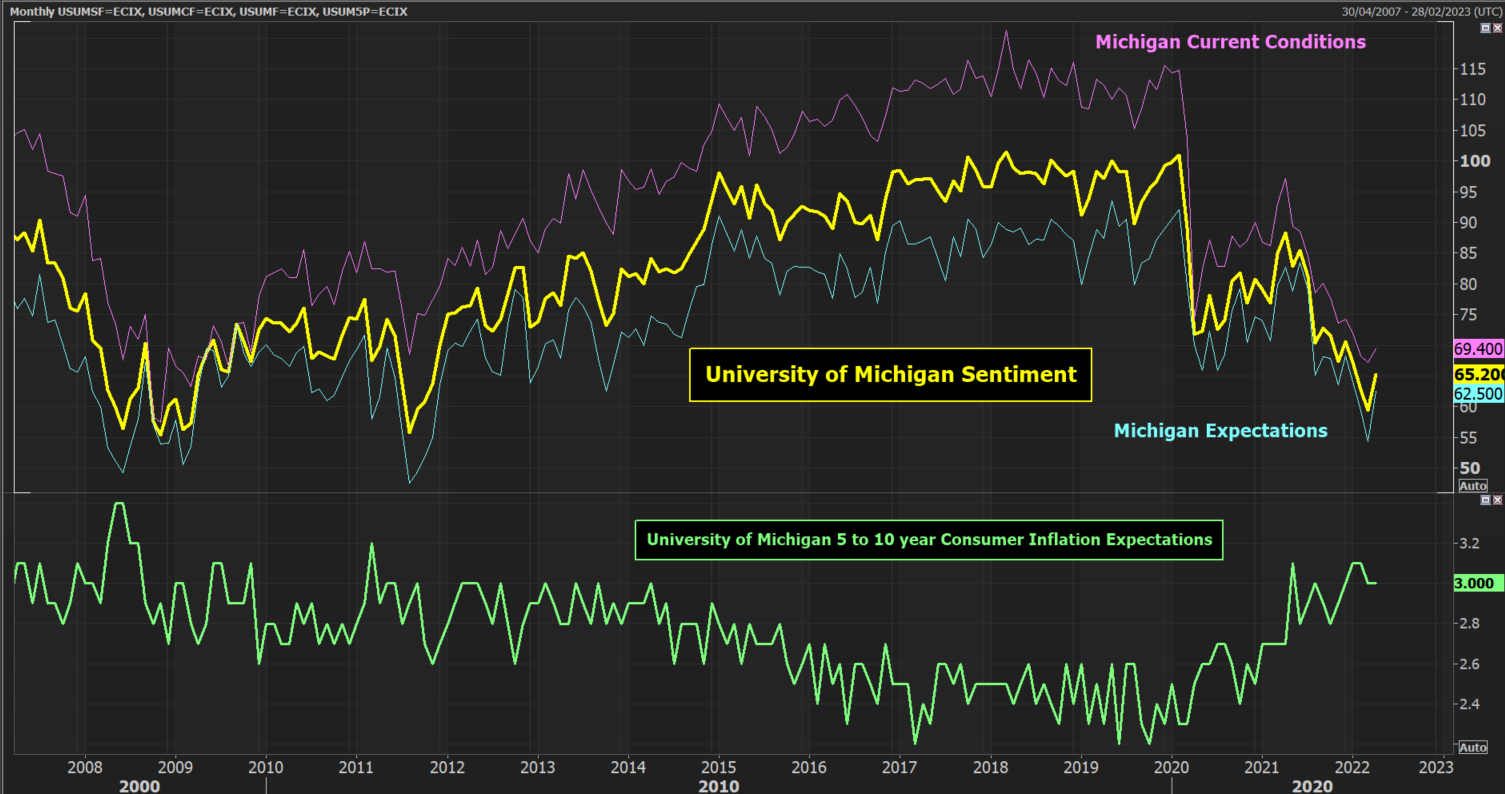 Inflation will also be watched in China this week. A tick higher is expected for the CPI, but the consensus is expecting a slight decline in the PPI. Factory gate inflation moderating to 7.8%, reflecting the COVID lockdown, but also could this be another signal for inflation trends beginning to peak?

The first reading of UK Q1 GDP is expected to be at 0.9%. This is also the Bank of England’s expectation, so any undershoot would be a concern, especially for GBP. We are also looking for UK Industrial Production trends too which are declining in the major economies. March looks to have been a subdued month for the UK, with consensus forecasting 12-month production to fall to around 1%. Deterioration is also expected in the Eurozone Industrial Production, where a monthly decline could see production close to flat on a 12-month basis.

Inflation will be a hot topic for Lat Am this week, with both Mexico and Brazil data due. After stalling around the turn of the year, inflation has taken off once more. Headline Mexican inflation is expected to continue higher, although the core data is expected to be all but steady. This may play into the mindset of the Mexican central bank which is expected to increase rates by 0.5% and move the rate above core inflation.

In Brazil, the central bank hiked rates by another 100 basis points last week (the 10th rate hike in a row) in an attempt to stay ahead of the inflation rise which “continued to surprise negatively”. However, with Brazil inflation set to increase by another +1% this week, further rate hikes are likely, even if they will be “of smaller magnitude” at the next meeting in mid-June. 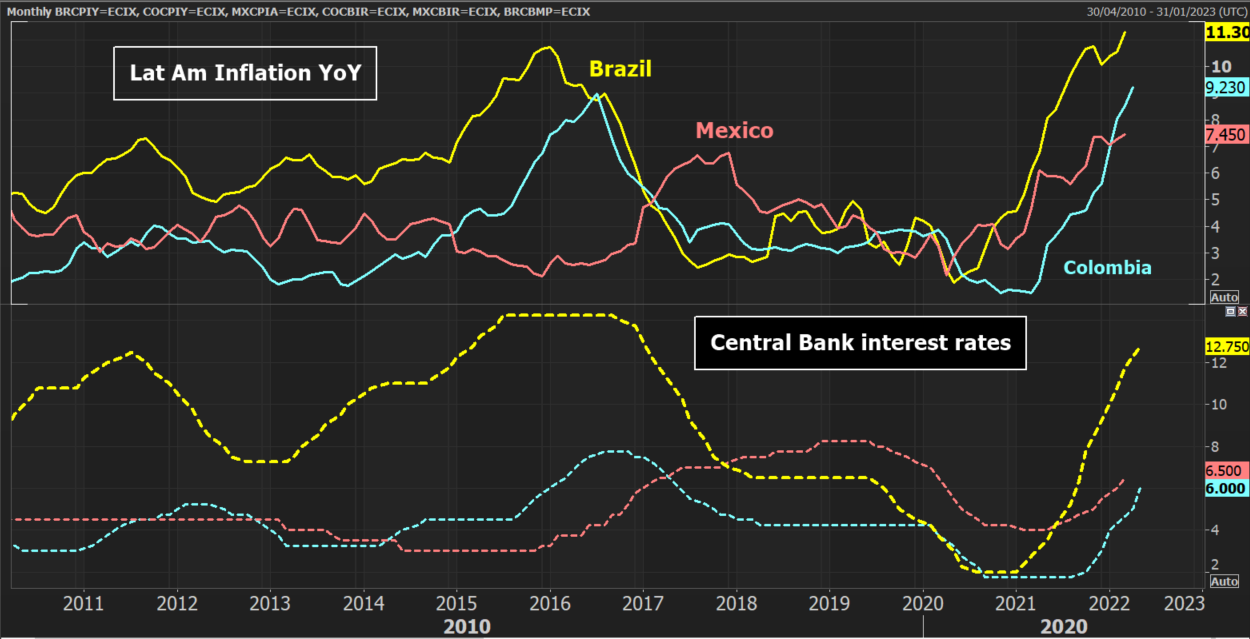 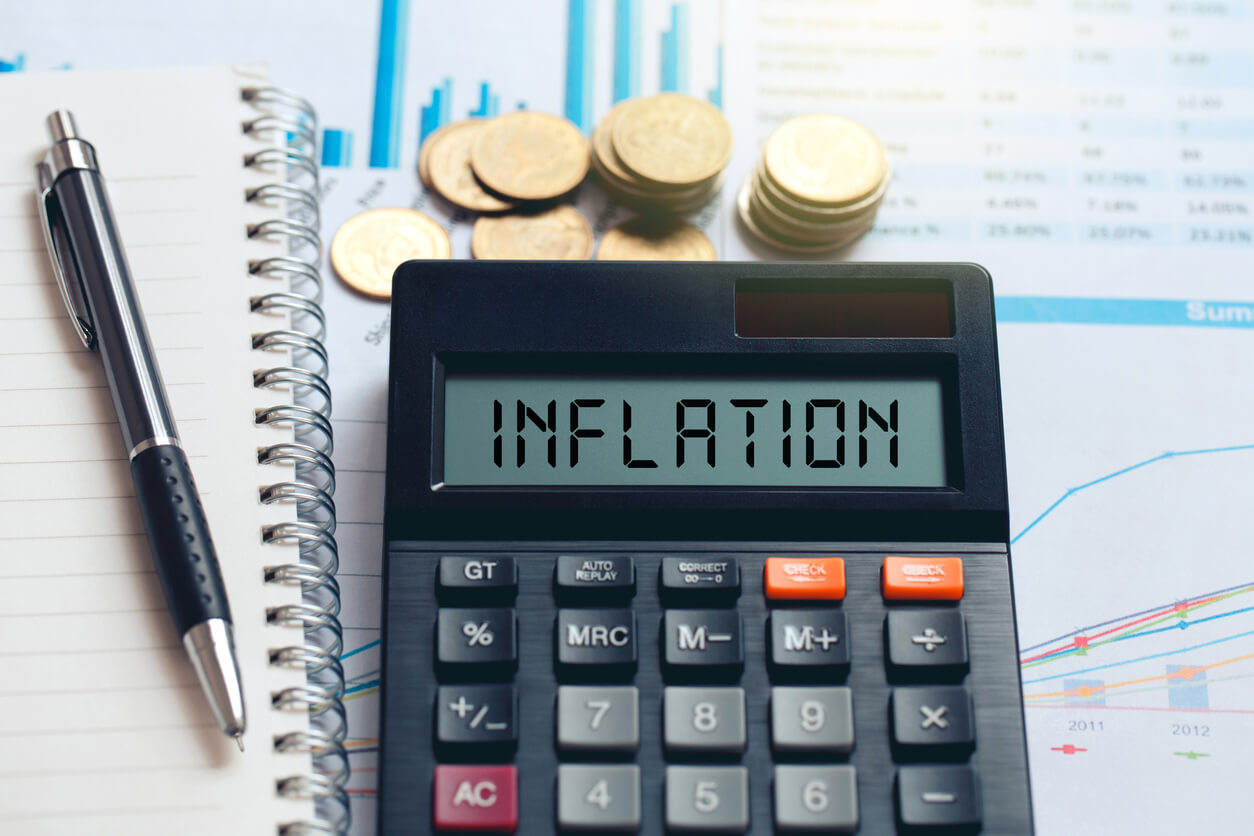 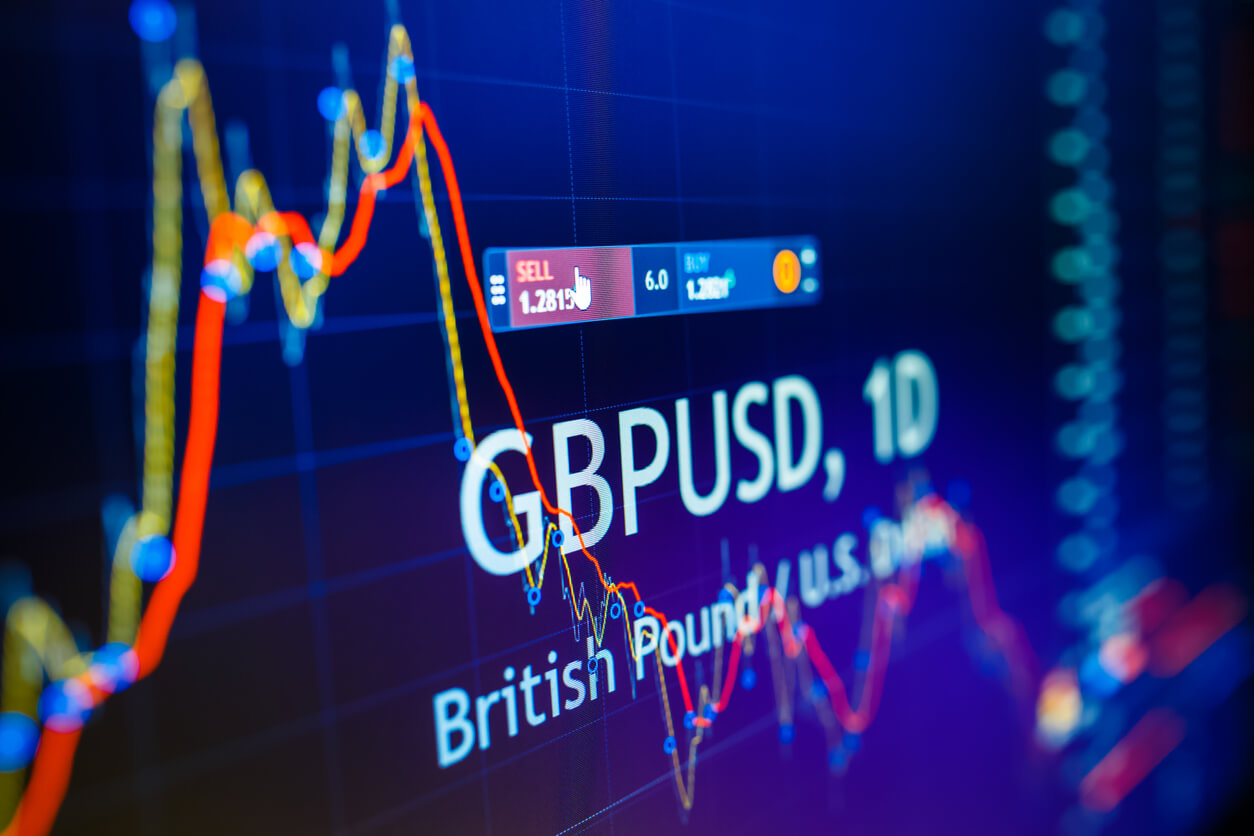 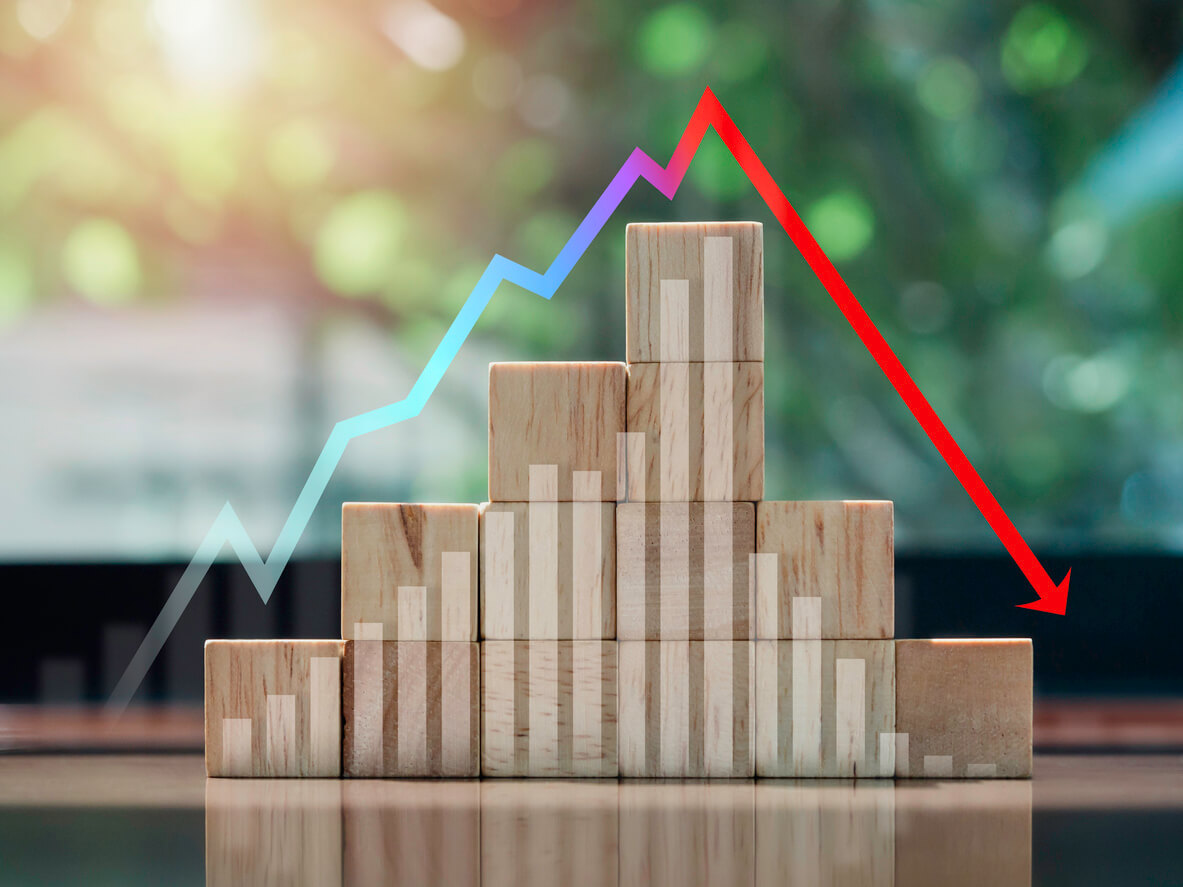 Espresso Morning Call: Flash crash continues GBP volatility
Huge volatility in major markets continued on Friday and into the new trading week. GBP is especially being targeted. Elsewhere there is an initial sense of settling. However, elevated levels of volatility are likely to continue in due course.
FIND OUT MORE
IX INTEL - DISCOVER MORE