Week Ahead: Inflation is again the focus for major economies

A raft of CPI data for major economies keeps the focus on inflation this week. This promises to guide central banks for their next monetary policy meetings in the coming weeks. Traders will need to be alert. 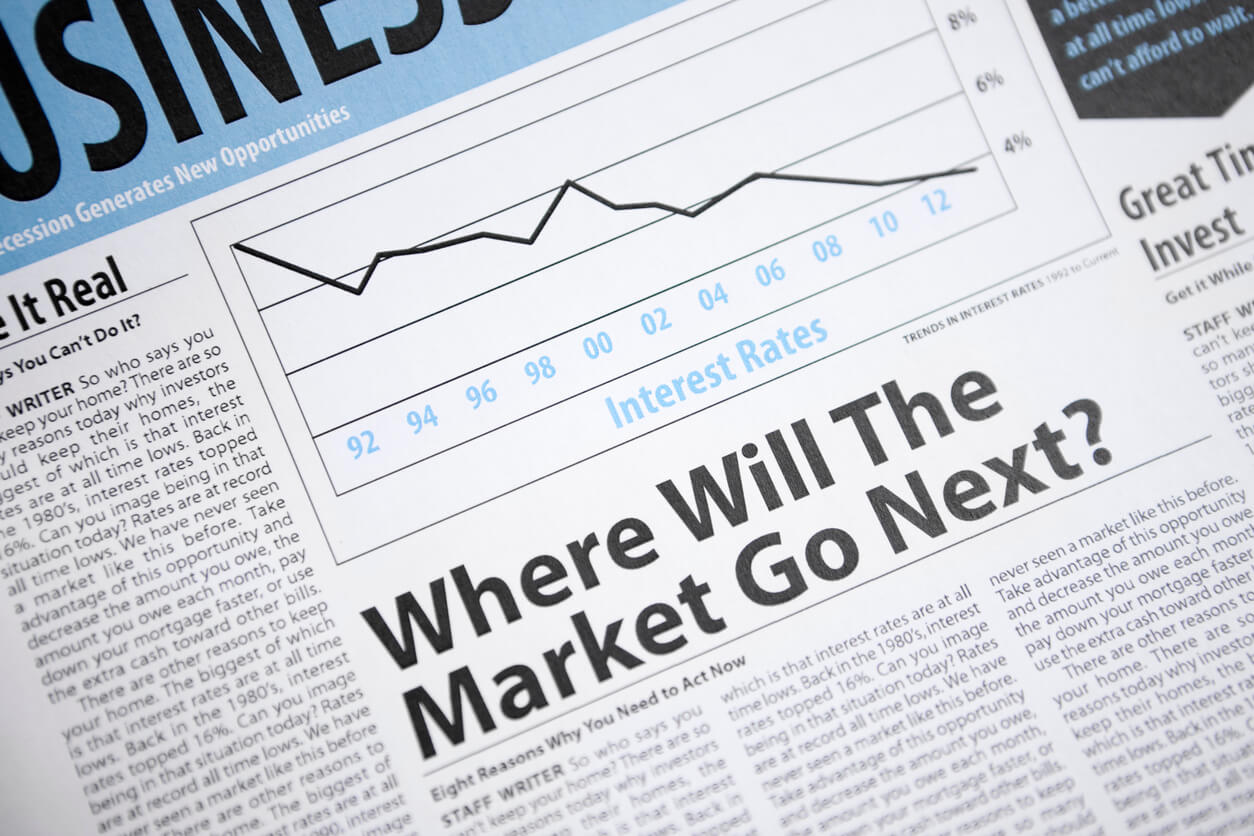 After the huge volatility in the wake of the US CPI last week, the focus turns to inflation for other major economies in the coming days. Canada, the UK, the Eurozone (final data), New Zealand and Japan all announce September CPI data. We will then have a much better gauge of what central banks are facing for their meetings in the next few weeks. Subsequently, we expect major forex will sustain elevated volatility in the coming days. Whilst the USD has faced some near-term corrective pressure, there is little to change the long-held view of ongoing USD outperformance.

The higher-than-expected US CPI caused a wild ride of trading volatility at the end of last week. After the CPI came in hot last month, a big trend of USD strength took hold over the next couple of weeks. Although there has been a jag back against the USD near-term, we do not see that much has changed. With Fed Funds markets becoming ever more sure of a 75basis points hike, the question for this week is whether the prospect of 100bps is on the table. If so, the USD will likely drive strongly higher against major forex once more.

US data is largely lower tier this week, but there will still be some action for data traders. The industrial production data tends to be worth watching though, with an expected slight decline. We also watch the regional Fed surveys which are the current month and give a good indication of the direction of the tide for the country. Both Philly Fed and New York Fed are expected to tick slightly higher but remain in negative territory. No sustaining improvement yet then.

After the US CPI came in higher than expected, the speculation will be whether the Canadian CPI follows suit this week. CAD has been hit hard by the USD strength but like the other commodity currencies, could be set up for a near-term technical rally.

Precious metals remain under pressure as the near-term move against the USD which helped commodities towards the back end of last week looks to be short-lived. With real US bond yields continuing to trend higher, we prefer to play the strong negative correlation with gold and silver. If yields remain elevated and continue to pull higher, this suggests further weakness in precious metals this week.

After the jolt higher in the oil price following the OPEC+ decision, demand dynamics seem to be a factor that is weighing on oil once more. If the risk rebound from the remarkable rally of last Thursday begins to dissipate, then we expect oil to start to track lower once more.

The big question coming into this week is how far the technical rally can go. The move on Thursday which showed a dramatic rebound from initial selling in the wake of the higher-than-expected US CPI data did not seem to be based on any significant fundamental ground. More likely, it was a short-covering rally as a wave of investors closed out equity and index puts. This snowballed into a big rebound. Once momentum dissipates, these moves tend to be short-lived. We still favour using rallies as a chance to sell. High inflation, aggressive Fed policy and a negative drift on economic activity add up to bearish sentiment for equities.

As we move ever closer to the October ECB monetary policy meeting, the focus zeros in on the size of the next rate hike and the potential for future rate hikes. Hawkish noises from the ECB continue to point to a 75bps hike in October and then a 50bps hike in December. This would bring the rates closer to what they see as “neutral” territory (the main refinancing rate to 2.50%). 2023 would then be the moment to decide on how restrictive rates are beyond that (if at all). With economic data continuing to deteriorate they may struggle to hike much beyond neutral.

Volatility is alive and well in GBP. Sterling continues to fly around on moves in Gilt yields. Gilts are trading on rumour and expectation of a dramatic u-turn from the UK Government on its tax plans. As such, trading volatility on pairs such as GBP/USD remain elevated (the Average True Range is about double its average, at c. 260 pips). It means that traders need to be nimble with their positioning amidst fast-moving markets.

European indices are trading far more aligned with Wall Street now. The swings higher are subsequently also already being questioned and look to be short-lived. We continue to favour using rallies as a chance to sell.

As US yields continue to climb the outlook for JPY deteriorates further. However, as the JPY continues to post multi-decade lows against the USD, the prospect of further intervention from the Japanese authorities becomes ever more likely. The intervention three weeks ago only had a fleeting, if volatile impact before JPY steadily weakened once more.

Risk appetite continues to be hit hard by rising inflation and the ever-more hawkish outlook of the Federal Reserve. The AUD is at the forefront of the negative risk appetite. AUD is the worst-performing major currency of the past month. However, the Chinese economic data will be crucial for the AUD performance this week. An improvement in the data for China could induce a near-term technical rally for the AUD.

NZD has been almost as bad a performer as the AUD in recent weeks, despite the hawkish lean of the Reserve Bank of New Zealand. Lower inflation may play into this move further. However, like the AUD, the oversold NZD may benefit from any signs of improvement in the Chinese data. 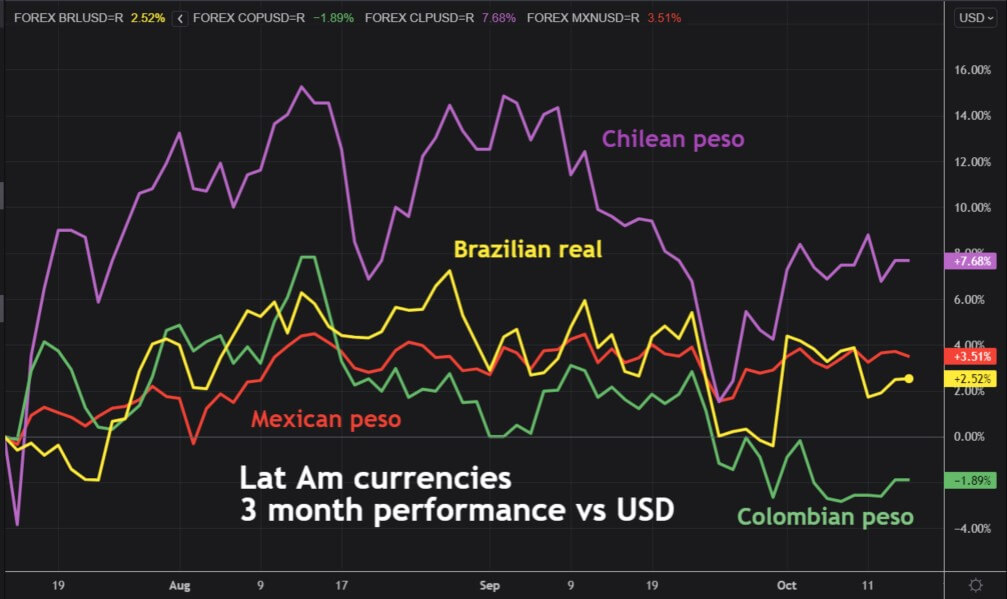 It is interesting to see several of the LatAm currencies outperforming an impressively strong USD over three months. The Brazilian real sits at the less volatile end of the scale.

Mexican retail sales are the only significant data of the week in the LatAm region. Sales are expected to grow by +0.4% on the month, which would drag year-on-year growth slightly lower, but only to a still healthy +4.7%. This should help to maintain the MXN stability.