Week Ahead: Inflation and GDP with a few loose ends tied up

The temperature gauge gets turned down a few notches in the final week before Christmas. Traders will be looking at a few inflation and growth indicators as a few loose ends get tied up before the holidays.&nbsp; 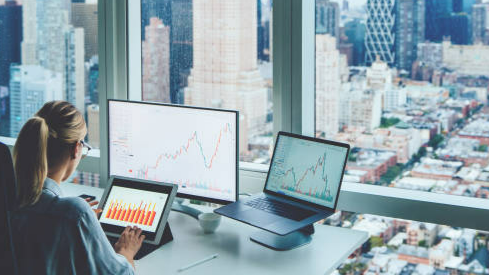 Traders may still be recovering from one of the busiest weeks of the year, so it might come with some relief that the calendar seems to be winding down for the holiday period this week. There are a few loose ends to tie up, but there is still time for a little more tier-one inflation and growth data before markets quieten down for the Christmas and New Year holidays.

The Fed’s preferred inflation gauge, the core PCE is expected to follow the CPI data continuing higher. CPI was in line with forecasts a couple of weeks ago, and it is rare for core PCE to surprise.

It is fairly quiet on the European data front this week. The Aussie may see some elevated volatility off the RBA minutes, but the BoJ minutes are unlikely to do a great deal. UK GDP is a final Q3 reading and is expected to be unrevised from the second reading. Eurozone Consumer Confidence has been slipping back over recent months. The consensus expectation is for a slight tick higher, but with Omicron spreading fast, there will be a downside risk to this forecast.

It will be interesting to see whether Japanese core inflation begins to follow other countries and track higher. Core inflation ticked back above zero recently and is expected to move higher again to +0.4% in November. This could help support JPY.

Rising levels of inflation have been major factors driving tighter monetary policy across Latin America in recent months. Double-digit annual inflation in Brazil has forced the central bank to hike rates from 2% to 7.75% and is expected to hit 9.25% by the year-end. Mid-month inflation is announced this week and something below the 1.17% from November would be a relief.

In Mexico, the central bank hiked rates by 50 basis points last week to 5.50%, more than expected, as an attempt to get to grips with its inflation problem (which hit 7.37% in November). Anything less than the +0.69% MoM increase was seen last month would be somewhat of a relief. The Mexican peso has recovered to a four week high since the central bank decision. Any sense that inflation was stabilising would help this performance of MXN.