Week Ahead: Consumer Confidence and tying a few loose ends

There are a few loose ends of data to tidy up before Christmas with the US and Eurozone Consumer Confidence, final Q3 GDP and several lower-tier US announcements. 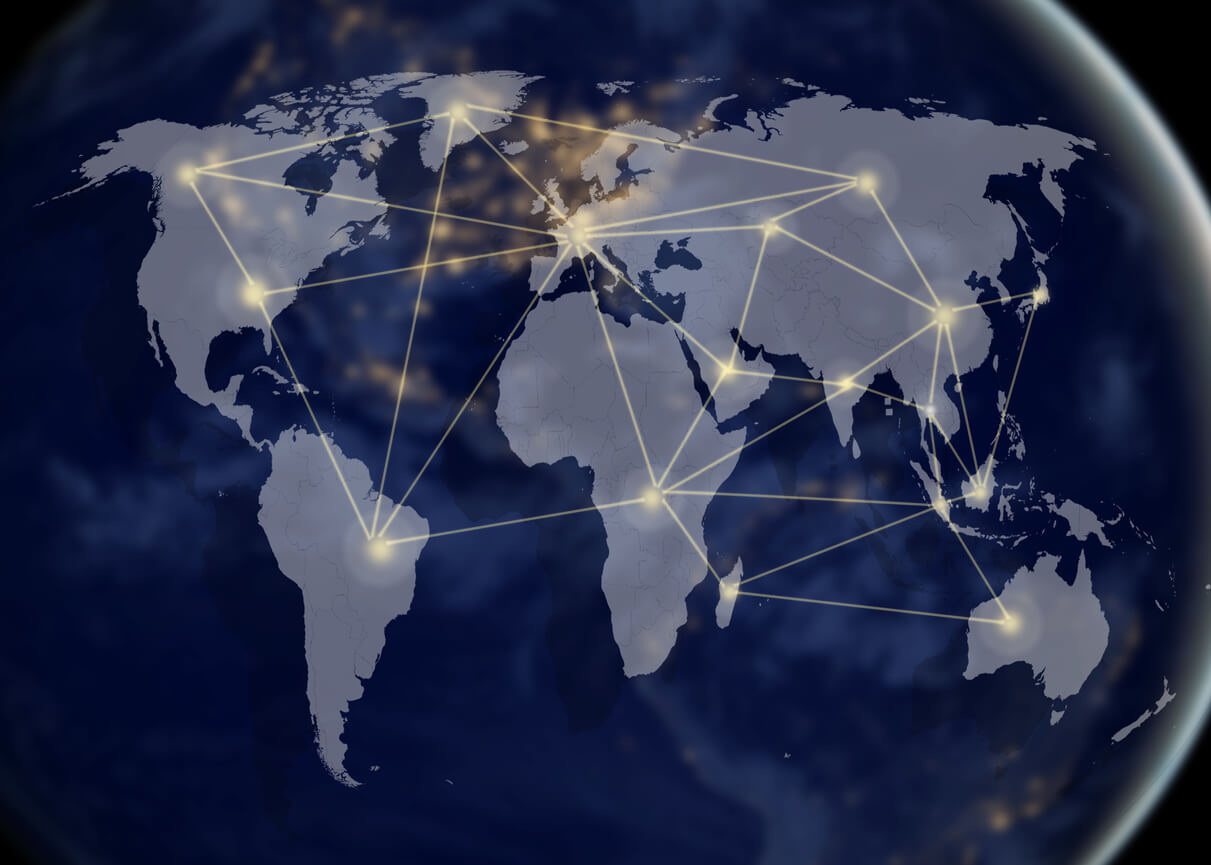 In the final week before the Christmas holiday, there are just a few loose ends to tidy up for the economic calendar. The primary focus for the US is on Consumer Confidence core PCE inflation and the final reading of Q3 GDP. Elsewhere, the Bank of Japan and Eurozone Consumer Confidence will be watched.

For major markets, the legacy of last week’s data deluge will be the primary focus. The USD has stemmed the tide of selling and is recovering once more after the Fed looked to push back on the “Fed pivot” narrative. However, with central banks hiking rates and trying to maintain a hawkish lean, the main casualty seems to be coming in a correction in equity markets. 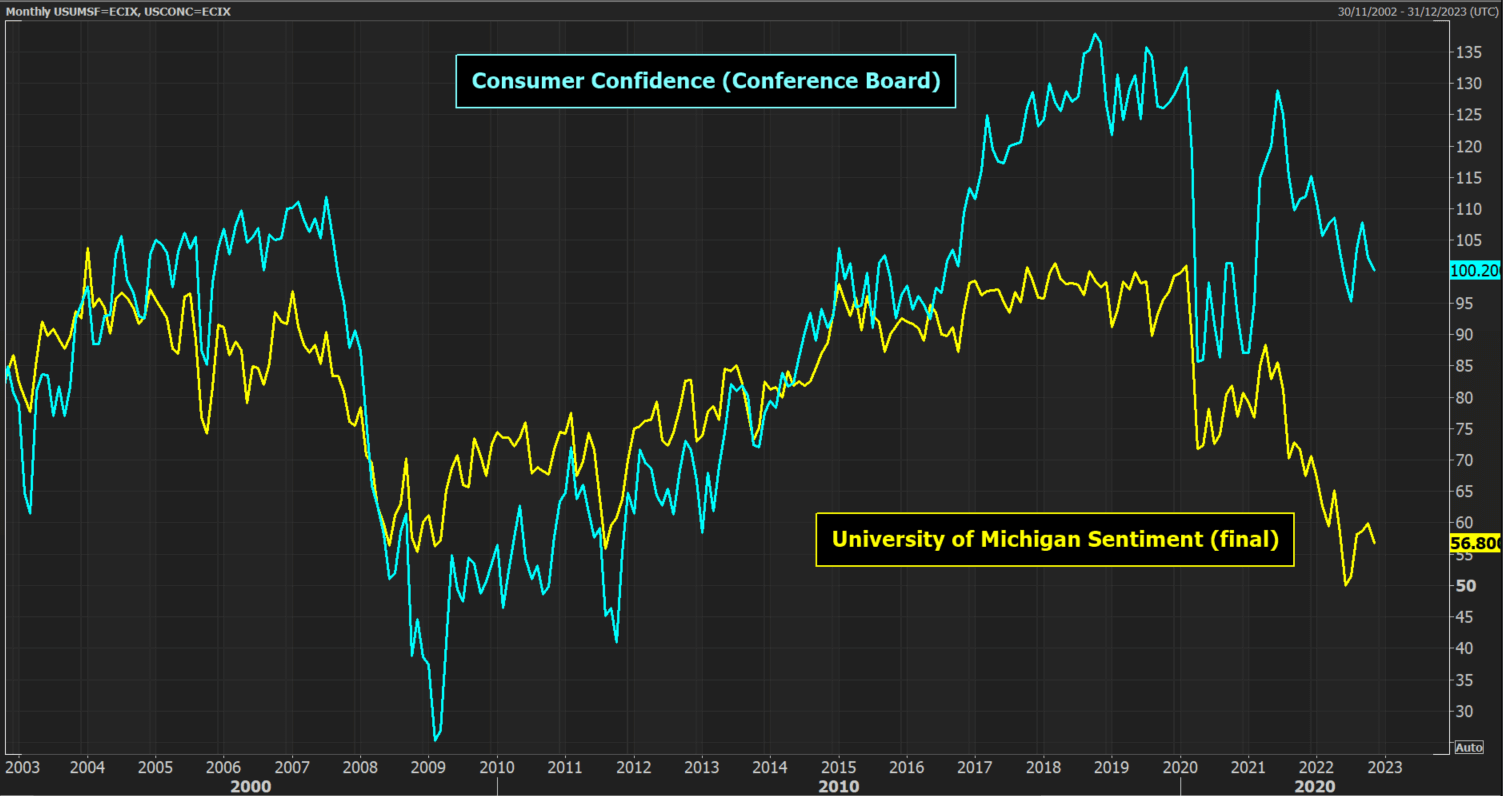 The Federal Reserve has tried to stay firm in the tightening of monetary policy. The big question is whether markets believe that it will hike as far as 5% and above. Fed funds futures continue to price for a peak rate below 5% around the spring of 2023 before rate cuts begin in late 2023. Yesterday’s December meeting may have helped to prevent yields from falling lower in the near term, but markets do not believe the Fed will hike more than 50bps from here. Faltering economic activity data points to a path towards recession.

The Dollar Index has been supported near term and this is helping with a technical rally, but a move above 105.80 would be needed for a decisive recovery. The lack of tier-one data this week could mean a relatively quiet period in the run-up to Christmas.

The Bank of Canada has been cautious and is pitted against a hawkish-sounding Federal Reserve. However, thepath of rate hikes remains very similar and CAD trades much closer to the USD than other forex majors. Although it is suffering against a rallying USD, it’s relative insulation leaves it well positioned on major forex (ex-USD) if there is a decisive USD rebound.

As a floor has been put under US Treasury yields near term and the USD has picked up, this is driving a corrective move on the commodities complex. Precious metals that had such a strong rally in recent weeks are especially vulnerable to a correction, with silver leading gold lower. However, if a USD rebound continues and risk appetite suffers, this is likely to weigh oil lower too.

With the FOMC pushing back on the “Fed pivot” narrative, this is putting a floor under yields. Falling yields have been a primary driver of the Wall Street rally. However if yields begin to tick higher, then this is negative for US equities, especially NASDAQ. However, with a considerable rally in recent weeks, the Dow (and to an extent S&P 500) is at risk of profit-taking as portfolio managers lock in any gains from the rebound in the run-up to Christmas.

The European Central Bank hiked by 50bps and promised more to come. However, it was the raising of the inflation projection in the staff forecasts that got EUR bulls interested. This keeps a hawkish bias to the policy tone and is helping EUR to perform well on major forex (ex-USD).

However, traders will be keeping an eye on the core/periphery Eurozone bond yield spreads. The Bund versus Italian BTP spread has moved sharply above 200 basis points and if this rise continues sharply it could weigh on the EUR performance.

The tone of the Fed and the ECB remains hawkish. However, there is considerable uncertainty over the policy direction of the Bank of England moving forward. Two of the seven MPC voters opted for no change in last week’s meeting. The rate is at 3.50% and the BoE may manage maybe a couple of 25bps hikes at most into 2023, but it is difficult to see much beyond that. Given the parlous state of the UK economy (hiking into a recession with -5% twin deficits) GBP is positioned for a trend of underperformance on major forex.

The rallies on European indices have turned decisively into reverse. Given the strength of the October/November rally, the concern is that portfolio managers see the gains ebbing away, leading to a flood of panic profit-taking. The risk is that coming up to the year-end, this could drive an accelerated correction this week.

The JPY had been in a position of strong outperformance as bond yields of major economies tracked lower. However, with the hawkish lean of the Fed and the ECB pulling yields higher, the JPY is under selling pressure. If yields continue to track higher, worsening interest differentials will continue to harm the outlook for the JPY in the short term at least. The Bank of Japan is not expected to be anything other than its usual dovish and will not help JPY. Higher than expected core CPI could provide some near-term respite though.

The AUD has been lagging slightly in the past week but underperformance is magnified when risk appetite turns negative. The AUD is a high-risk currency and higher US Treasury yields will drive further corrective pressure.

The NZD had been at the forefront of the rally against the USD in recent weeks. However, if there is a shift in broad sentiment (with US yields and USD rebounding) then NZD is prime for profit-taking this week.

Brazilian Government bond yields need to be watched with caution. The cost of borrowing is going up. The Brazilian 10-year yield is rising sharply again and is towards the multi-year peak of 13.90% that was hit in the early weeks of Lula winning the presidency. The rise has come as the yields of Lat Am peers such as Mexico and Chile have fallen. This could once more weigh on the BRL outlook.

Traders will be watching for the retail sales and first half month inflation data this week. Retail sales have been falling but remain positive year on year, whilst inflation is expected to continue to fall decisively to close to 7%. With interest rates raised to 10.50% last week, this will be supportive for MXN.

USD/MXN – The pair has been volatile around the resistance of the old key support floor between 19.750/19.830. Reaction to this resistance continues to be key for the near to medium-term outlook. A decisive close above 19.910 opens further recovery towards 20.175. Support is now at 19.500.