Week Ahead: FOMC meeting is key for markets

With a raft of central banks and tier-one data everywhere, traders are in for an active week. The FOMC meeting takes centre stage, and whilst the taper is unlikely to be seen quite yet, there will still be plenty to drive markets.&nbsp; 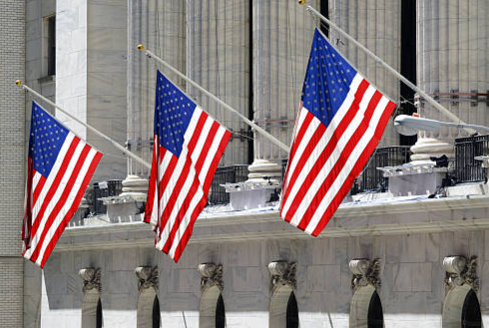 Several central banks are updating monetary policy this week, but the Federal Reserve meeting will be the key event everyone will be looking out for. Polling is close for Canada’s Federal Election but it would be a surprise if the status quo did not continue. With the Flash PMIs (lead indicators) at the back end of the week, it will be another hectic week for traders.

The FOMC monetary policy decision is front and centre in the minds of traders on Wednesday. The likelihood is that since Jackson Hole and the weak payrolls report, the tapering of asset purchases will now come in December at the earliest. Given the hawkish FOMC member speeches of late, there is a remote possibility that the committee would surprise all and push for a sooner taper (to be announced in this meeting) but it would be a big shock now and probably cause a sizeable taper tantrum – something that the FOMC will be keen to avoid. This will be a meeting to lay some groundwork for the taper. They are on the right path but not there quite yet. Changes to economic projections and the dot plots could be the key takeaway. Will the median of the FOMC member dots for the first rate hike move into 2022? Currently, +0.50% of rate hikes are pencilled in for 2023 with a long term interest rate of 2.5%.

The Canadian Federal Election is held on Monday, with the Liberals (Trudeau) holding the slightest polling edge over the Conservatives (O’Toole) coming into election day. With the Conservatives trailing in key battleground beats, the incumbent Trudeau’s party is expected to take the most seats for a minority government and likely continue its leadership of the country. As such the market impact could be limited.

All the central banks are expected to hold a straight line on monetary policy this week. The BoJ and SNB are the two most dovish of the major central banks, something that is unlikely to change this month. The Bank of England could be more interesting though. There is one lone dissenting voice, Michael Saunders, who believes it might be right for rates to start going up in the next year or so, however, this could be a limited rise. GDP is close to pre-pandemic levels and inflation could be persistently high. Despite this, interest rate futures suggest a rise of up to +0.5% could be the limit in the next few years.

Eurozone flash PMIs look to be following the likes of the US and UK in rolling over, although this is still more of normalisation following the re-opening splurge of Q2. Holding up around 59 for the Composite PMI would be a relatively good performance for the Eurozone would be a fairly decent reading. The German Ifo Business Climate is expected to just slip slightly on Friday, with the Current Conditions still positive, although Expectations are a marginal drag.

The Brazilian Central Bank raised the Selic interest rate by 100 basis points (its biggest move in 18 years) to 5.25% in August. The bank is trying to get a grasp on inflation which has been above 8% for the 12 months to June. The official inflation target is down at 3.75%, so further action will likely be taken this month, having raised rates at the previous four consecutive meetings. A recent survey of economists saw interest rates hitting 7.00% by the year-end.

For Friday’s mid-month Inflation data, any signs of Brazilian inflation moderating will be a welcome sign for the Brazilian real.