Looking at the week ahead, it is packed with services PMIs, a couple of major central banks with it all culminating in a crucially important Nonfarm Payrolls report. 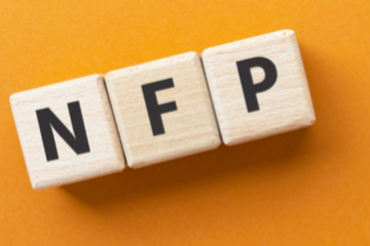 The first week of the month is always full of tier one data. There are two major central banks and a host of services PMIs to look for. However, the US labor market is foremost in the minds of traders. For Lat Am countries, the focus is on inflation.

Economic growth, the labor market, and inflation are all key factors in Fed monetary policy. There are elements of all to consider this week. The ISM Services data for September is expected to only slip slightly from the August reading, with a drop to 61.3 from 61.7. However, the sharp declines in the flash European services PMIs will keep traders on their toes for a negative surprise. We are also watching the Prices Paid and Employment components of the ISM data to reflect the outlook for inflation and the labor market too. Employment is marginally above 50, so is in the mild expansion (a positive) but Prices Paid are well above 70 and any increase will further fuel concerns of price pressures on consumers.

The labor market becomes the focus for the rest of the week. Last month's surprise fall in ADP was a signal for a worse than expected payrolls report, so traders will again be on the lookout. This month is expected to see ADP recovering and a similar improvement in the headline Nonfarm Payrolls number to 500,000 (from 235,000 last month). We also look for the unemployment rate dropping to 5.1% (from 5.2%) and average hourly earnings.

OPEC+ has its monthly meeting to discuss production levels on Monday. Suggestions are that there might be a consideration to releasing more oil onto the market, thus increasing supplies. If this is seen then it would be negative for Brent Crude.

The Reserve Bank of Australia has been dovish and Governor Lowe recently pushed back on the prospect of rate hikes before 2024. The Aussie still has a massively stretched net short positioning on AUD futures contracts. Subsequently, any hint or sign of a less dovish stance might induce a technical rally for AUD forex crosses. The Reserve Bank of New Zealand could be on course to increase rates this week. A +25 basis points increase to 0.50% could be seen as the RBNZ looks to normalize rates.

Final PMIs for the services sector and composite data for the Eurozone and UK are released on Tuesday. They are not expected to show any revisions to the flash PMIs a week ago which showed a marked deterioration in the growth outlook. Any downside revision could send market sentiment tailing lower once more.

Soaring inflation is a significant problem across Latin America. Brazilian inflation is above 10% now year on year. This is driving the central bank to hike interest rates in an attempt to get to tackle the problem. However, despite 425 basis points (an increase of +4.25%) since March, but so far this is still failing to curb rising inflation. Any sign that inflation continues to soar will drive the expectation of further rate increases, which are already coming at +100 basis points per meeting.

According to a poll conducted by Reuters, Colombian inflation is expected to have increased by +0.37% in September with the year-on-year increase at +4.5% (from +4.45% in August). The Colombian central bank increased the interest rate to +2.00% last Thursday (from +1.75%) but if inflation continues to climb, there will be the potential for further rate hikes to combat the problem.