Watch USD on the Fed but GBP weakness is growing

USD has been strengthening significantly, whilst GBP has been under mounting selling pressure. The Fed might cause some volatility but the outlook for GBP/USD is looking precarious. 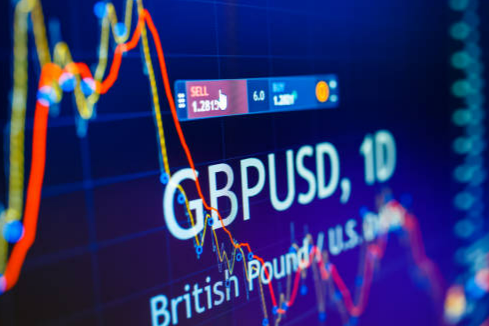 The spike higher in headline US CPI inflation has set the cat amongst the pigeons again. Markets have spent the time since last Friday scrambling to re-price for an even more aggressive Federal Reserve tightening. The prospect of 75 basis points (bps) hikes has sent volatility shooting higher, US bonds selling off, and the USD strengthening. If the Fed confirms this on Wednesday, the next leg of USD strength across major forex pairs could set in. This is all coming as the GBP is breaking a series of key supports.

The shifting outlook of the Fed drives USD strength

Market participants had become comfortable with the concept of two 50bps at the next two meetings. If anything, FOMC members had been moving in a slightly less hawkish direction in recent weeks.

However, the US inflation data for May has changed this. Suddenly we have markets pricing the potential for a 75bps hike on Wednesday. The CME Group FedWatch tool is close to 90% probability of a 75bps hike now.

Looking at US interest rate futures (Eurodollar rates) there has been a dramatic re-pricing, with the prospect of the Fed Funds rate moving towards 4.00% by the year-end. The potential terminal rate at just over 4.00% in mid-2023 (before falling away) has increased by around 70bps in the past week alone.

Markets have massively gone for it in this re-pricing of Fed rates. It does mean that there will be elevated volatility around the FOMC decision on Wednesday, especially if they go ahead with “just” 50bps of hikes.

How the market then responds would come down to the dot plots. If the dots (Fed members’ interest rate projections) are increased significantly (perhaps with the terminal rate being pushed above 3.50%) then we can expect any USD profit-taking (on the disappointment of 50bps) to be short-lived.

The USD has strengthened significantly in the past week. After underperforming major forex for most of May, the re-strengthening in the past week has been remarkable. This renewed outperformance of the USD could be setting in once more for the weeks to come.

What has also been notable has been the decline of GBP too. It seems that markets are taking a dim view of the skullduggery that the UK Government is trying to pull concerning the Northern Ireland Protocol.

Effectively this would mean the UK reneging on an international treaty. Retaliation would be sure to come from the EU (such as trade tariffs, and export duties but also changes to the status of the City of London within Europe have been touted). That is all before the damage done to the UK’s international reputation is considered.

This renewed Brexit risk is not explicitly quantifiable yet in the performance of GBP. However, there is a notable underperformance in GBP today, however, the disappointing UK economic data of recent days (GDP and employment data) will be playing a role too.

Looking at the outlook for major pairs, the sell-off on GBP/USD is a decisive move. Breaking the support at 1.2155 is the latest key move that continues the decline. The market started trending lower in May 2021. This sell-off has accelerated since the outbreak of war in Ukraine. However, the latest move has exacerbated the downside move even further.

There might be scope for a near-term technical rally if the Fed hikes by 50bps on Wednesday. However, we would see any strength as a chance to sell now. The way Cable is trading, a recovery into the resistance band 1.2330/1.2460 might be wishful thinking. The market has already seen a bull failure around 1.2205 effectively leaving a 50 pip band of overhead supply now between 1.2155/1.2205.

We also show the weekly chart of GBP/USD as the support at 1.2075 is the latest to be broken. This only leaves the 1.2000 psychological support between here and a test of the massive spike low at 1.1410, which was the reaction low following the pandemic in March 2020.