We look at the dynamics of what is driving moves on Wall Street indices, with bond yields a key factor. This may also mean that European indices could be a better prospect if yields continue to rise. 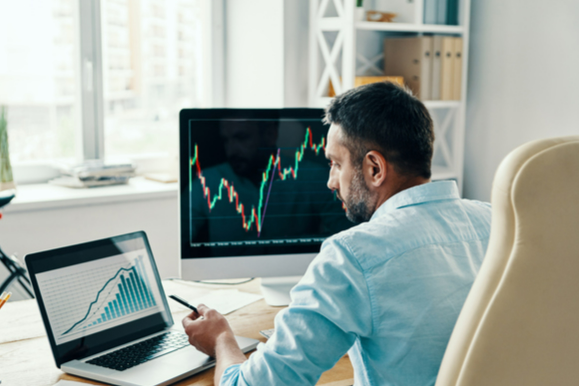 The early move of 2021 seems to have been a jump in bond yields (specifically longer-dated yields such as the US 10 year Treasury yield). This is having a knock-on impact on equity markets and could be something that becomes a feature of the months to come.

Growth stocks do not like sharply higher bond yields

When bond yields move sharply higher, investors will often move out of growth stocks., Growth stocks tend to be low-yielding companies that are aided by lower interest rates to generate high growth rates. When interest rates move higher (especially when the move is sharp) it causes a flow out of growth and often into value stocks (higher-yielding, solid investments).

The tech giants of the NASDAQ have been the key drivers of S&P 500 outperformance since the pandemic. Stocks such as Facebook (now called Meta), Apple, and Google (known as Alphabet) have mega-cap weightings on the S&P 500 and are crucial to the index performance.

Looking at the performance of the major market indices, we see the NASDAQ way ahead. The top 5 stocks of the S&P 500 are all tech giants of the NASDAQ and account for around 22% of the entire index. Subsequently, the S&P 500 performance has been pulled higher as a result.

However, we also see that when the NASDAQ falls (such as it did in February 2021) there can be a significant move lower (down -12%). This weighed on the S&P 500, whilst the Dow Jones (which is highly weighted in value stocks) held up relatively well. This coincided with the sharp move higher on US bond yields in February and March of 2021.

What we have seen in the early throws of 2022, is that bond yields are again moving higher and NASDAQ is underperforming.

Since late December, the NASDAQ has been pressured lower at the same time that the Dow (and the Russell 1000 Value Index) has been rising. There has been an element of balance to the moves of the S&P 500 as a result.

However, the NASDAQ is a crucial driver of S&P 500 long-term outperformance, and if bond yields continue to rise, this outperformance will be seriously questioned.

So with the potential relative drag that Wall Street may face in the near term, we prefer the outlook for European indices.

What is also notable (and is something that we believe could become a feature of index moves in the coming months) is that European indices are currently performing relatively well. There is minimal tech weighting in Europe, with a lot of value stocks in the German DAX and FTSE 100.

The DAX (MT5 code: GER40) continues to climb strongly and is now approaching a test of the all-time high at 16,301. Technical momentum is strong with this move, with the RSI into the mid-60s. A closing break above 16,300 would open the way for further upside.

We also hold a positive outlook on the FTSE 100 (MT5 code: UK100). However, the near term move is becoming slightly stretched. The top of the 12-month uptrend channel is being hit as the RSI reaches 70. This is an area where previous rallies have just faltered slightly. So whilst we are still positive, this comes with a degree of caution that there might be better entry points with the support band 7365/7400. There is also a gap that is still open at 7418, and as the adage goes in technical analysis, “gaps tend to be filled”.