Since Russia invaded Ukraine, an outperformance of Wall Street over European indices has developed. Read on to find out what this means going forward. 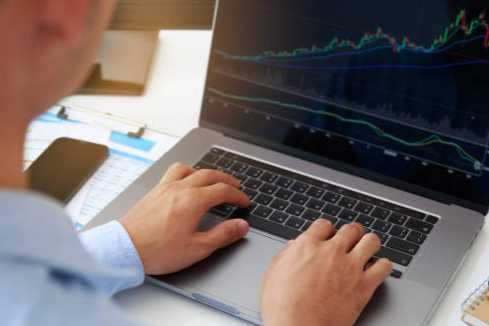 Newsflow surrounding the war in Ukraine is still the crucial factor in what is driving the direction of major indices. Some of the European indices (especially the DAX) are more acutely impacted. However, there is a sense that over the other side of the Atlantic, Wall Street is already looking to build a recovery following the recent sell-off. This is still early days, but the relative outperformance of Wall Street is beginning to return.

Looking at the chart of the performance of the major US and European indices in the past month, Wall Street had been struggling for much of the time. However, since the invasion has begun, Wall Street has started to perform much better.

The German DAX and French CAC have been hit especially hard. The Recoveries from last Friday have played as another opportunity to sell this week. DAX and CAC are coming under pressure once more.

However, what is notable is the relative outperformance of Wall Street markets.

It is likely that the longer this war continues, so will this relative outperformance of Wall Street. There are some key factors behind this:

However, just because we believe that Wall Street will outperform during a protracted war in Ukraine, this does not come without absolute downside risks. If the US is drawn into the conflict via NATO, or in the worse of all case scenarios a nuclear exchange, then indices will be falling on Wall Street too.

However, if the war is relatively constrained, then we expect Wall Street to continue to outperform.

We have also seen that in the past few days, with the recovery on Wall Street, there is the potential that technical base patterns could be forming. It is still very early days, but the spike lower that was seen on Thursday last week (24th February) looks to have been a nadir in the selling pressure.

These recoveries are still developing and are not yet backed with improvements in momentum, but the signs of higher low support are forming. This is at least encouraging in the near term. Markets are lower initially today, but a positive reaction to this weakness (just as there has been to the last few sessions) would add to this sense of improvement. A decisive move above 50 on their Relative Strength Index (RSI) momentum indicators would confirm the improvement from a medium-term basis too.

On the S&P 500 futures (SP500ft), there is still a downtrend of the price moves for the whole of 2022. However, the past few sessions have seen buying into intraday weakness. The market is testing a resistance band between 4355/4395. Higher lows are forming in each of the past two sessions. If there can be a close above 4395 then this would complete a base pattern (best seen on the 4-hour chart) which would imply a further recovery of around +280 ticks. That would then certainly be suggesting a move to test the 2022 downtrend.

On the Dow futures (MT5 code: US30ft) we see the recent recovery has just faltered slightly today around the resistance of the old key November low. This pivot area 33,925/34,060 should now be watched as a key area for a breakout zone. Once more we see a run of higher daily lows (33,320 is the first key support for this) and the 4-hour chart shows a potential base pattern formation. A closing break above 34,060 would imply a rebound towards 35,000.