Geopolitical tensions and worries over Fed hiking have driven volatility gauges higher. This means that we are likely to see a choppy phase of trading for major markets. 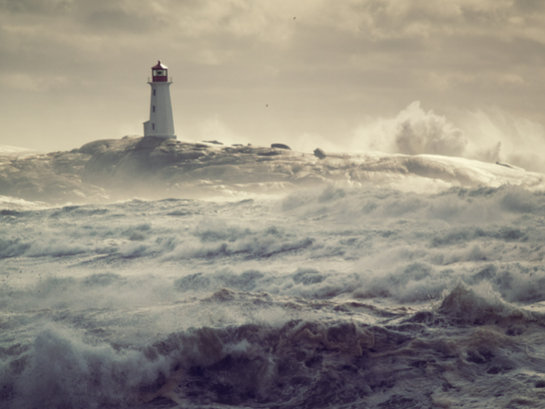 The threat of war will always have a bearing on major markets. As this is coming at a time when markets are already fretful over the pace of tightening monetary policy, the impact is being magnified. This increased volatility is being seen across asset classes and makes for a particularly choppy period of trading ahead for market participants.

Top-level diplomacy is ongoing in attempts to avert a damaging conflict in Ukraine. According to President Biden, things could get “very crazy” very quickly in Ukraine. President Macron of France met with Russian President Putin last week, and Chancellor Sholtz of Germany is meeting Putin in the next could of days.

Russia is claiming that its demands over Ukraine are not being met. Ukraine has previously been on course to join NATO which would put the anti-Russian alliance right at the border of Russia. This is something that Russia and its President Putin will not stand for. Hence the massing of Russian troops at the border (said to be up to 130,000) of Ukraine, with western allies claiming that a Russian invasion is imminent.

This is important as if the conflict is seen, then it will induce not only the loss of life but economic sanctions on Russia. Sanctions would also have a spillover impact on Europe too, as gas supplies and energy prices are already at eye-watering levels. This would likely add further inflationary pressure.

The upside surprise in last Thursday’s US CPI inflation has added to the already significant expectation of Federal Reserve rate hikes in 2022. The current pricing is for seven hikes of 25 basis points this year. On Friday, money markets were pricing for a 95% probability of a 50bps hike at the March meeting of the FOMC. The FOMC’s Bullard is even speaking of the prospect of inter-meeting hikes.

However, an interesting factor on this is the prospect of war in Ukraine has pulled back on this pricing (now around 50% probability of a 50bps hike). However, this only makes for light relief as there are still seven hikes priced across the year. The threat of war is seemingly only delaying the hikes momentarily, or at least this is what interest rate swaps are telling us.

We are seeing volatility spiking across markets. There has been a notable increase in bond market volatility in recent days (measured on the ICE Bank of America MOVE Index). Bond yields are the market’s interpretation of future interest rates and economic prospects. This increase in volatility is coming with the market expecting an ever tighter Fed policy this year.

Once more, this is also reflected in equity markets too. The S&P VIX Index of options volatility has spiked back above 30. This is historically elevated and implies that we can continue to expect wild swings for Wall Street.

This means choppy trading in the days ahead

Major markets were volatile into Friday’s close and this has continued on Monday morning. There is a bias of selling pressure on assets considered to be higher risk. The moves are being most notably shown in equity markets, but forex majors are also impacted. However, this sharp downside move could also be set for an equally sharp rebound. If geopolitical tensions are taken down a notch or two, then there is likely to be a sharp unwinding of some of the moves from over the weekend.

The German DAX (MT5 code: GER40) has swung sharply lower, back into the 14,810/15,000 key long term support band. If support can hold, then this is a prime area for volatility to subsequently drive for a sharp rebound again. We have seen numerous slips into this support band, only to often see subsequent sharp recoveries too. This will certainly be a market we will be watching in the coming days. Initial resistance is around 15,250 before 15,500/15,620.

EUR/USD is another market to keep a close eye on in the next few days. It was only Thursday when a test of 1.1480 was being seen. A breakout would have been a key bullish move. Fast forward to Monday and a sharp downside move (from tighter rate prospects and the geopolitical risk) has been priced in. We will be looking closely at reaction around a mid-range support band at 1.1270/1.1330 this week. If geopolitical tensions can be played down and the level holds, then there could easily be a sharp rebound once more.