USD strength has wobbled but the move will be short-lived

We believe that the recent USD weakness will be short-lived. It will provide medium-term buying opportunities on some major pairs in due course. 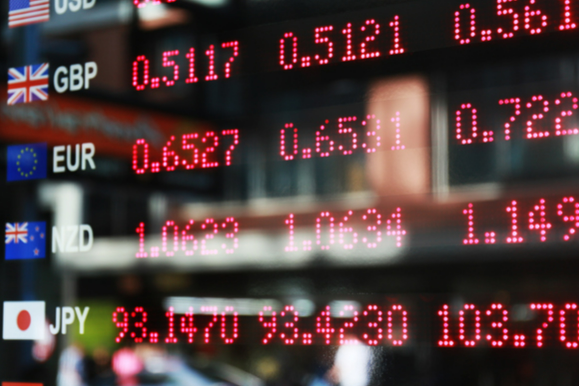 As news of progress in the peace talks surrounding the war in Ukraine filtered through earlier this week, the US dollar (USD) began to slide. We believe that this is a short-lived move and that there is further to run in the USD strength. However, we also believe that the USD will perform better against some majors rather than others.

USD near term slide as some war premium is taken out

The USD had a lurch lower this week. The potential for peace in Ukraine suddenly came on the radar as negotiations between Russia and Ukraine included the prospect of Russian forces pulling back in the north of the country.

This all sounds great, but the proof is still in the pudding. Russia’s reputation for subterfuge goes before it. There is much caution over how genuine these peace talks are. It is still the likely (and sensible) stance to take Russian words with a pinch of salt. However, markets still seem to be intent on taking the glass half full.

In forex, the underperforming EUR and JPY currencies have found cause for recovery this week. However, these moves may be short-lived. Even if there is some truth to the Russian intentions, markets have already been unwinding some of the war premia.

It is interesting to see the oil price lower in addition to Treasury yields today, whilst the USD is finding support. We continue to believe that the USD will remain one of the better-performing currencies in the coming weeks. This seems to be starting to re-assert again today.

Continued USD gains will be driven by the ongoing hawkish rhetoric from Fed members which will enable outperformance versus EUR and JPY to continue. Near term unwinding moves on yields have been driven by lower inflation expectations. However, “real” US bond yields (yields adjusted for inflation) have been rising steadily in March as the USD has performed well. We see the recent USD pullback as just a near term move.

There have been signs of improvement in the underperforming EUR and JPY this week. However, there are key barriers to these improvements continuing. These are laid out below.

Starting with EUR/USD, there has been a big rally this week. A move into the medium to longer-term resistance band 1.1120/1.1185 has been seen. However, the pair has eased back from the resistance this morning. If this easing continues, with a close back under 1.1120 it would be a disappointment for the prospect of a EUR recovery.

We can also add in the caveat of Nonfarm Payrolls tomorrow too. Headline jobs growth is expected to be 490,000, but anything north of 500,000 would be considered huge, considering the lack of labor supply now. We are also watching the wage growth, with any decisive increase adding to hawkish calls for the Fed to aggressively hike rates. This would be USD positive and drag EUR/USD back lower again. A failure in the 1.1120/1.1185 resistance band would bring 1.0900/1.0950 back into play.

We are also watching key support at 121.15 on USD/JPY. A breach would complete a small top pattern and imply potentially -400 pips of correction. The outlook on the 4-hour chart is leaning this way now and it will be interesting to see how this develops. The outlook on USD/JPY is far more determined by yield differentials than on other major pairs, with US bond yields in decline as the oil price falls. This move lower could easily continue if the oil price continues to decline. However, once more, we would see any USD weakness in this move as a medium-term buying opportunity, given the tightening of Fed monetary policy that will be seen in the coming months.

The AUD/USD chart is probably the most intriguing. Keeping in mind the strong performance of the USD in recent weeks, the AUD rally has been seriously impressive. However, it has been built on the rally in commodity prices. If commodity prices continue to fall, the stalling in the rally on AUD/USD is likely to reverse.

This is set against the backdrop of the key long term resistance at 0.7555 which remains intact, and momentum that is beginning to fall over. A break below 0.7455 would open a pullback towards the bottom of the 0.7370/0.7440 support band. This would be a retreat within the 10-week uptrend and likely be another chance to buy in due course.