The correction for the USD that started in Q4 last year has further legs to run. Yield differentials and technical analysis point to further USD weakness ahead. 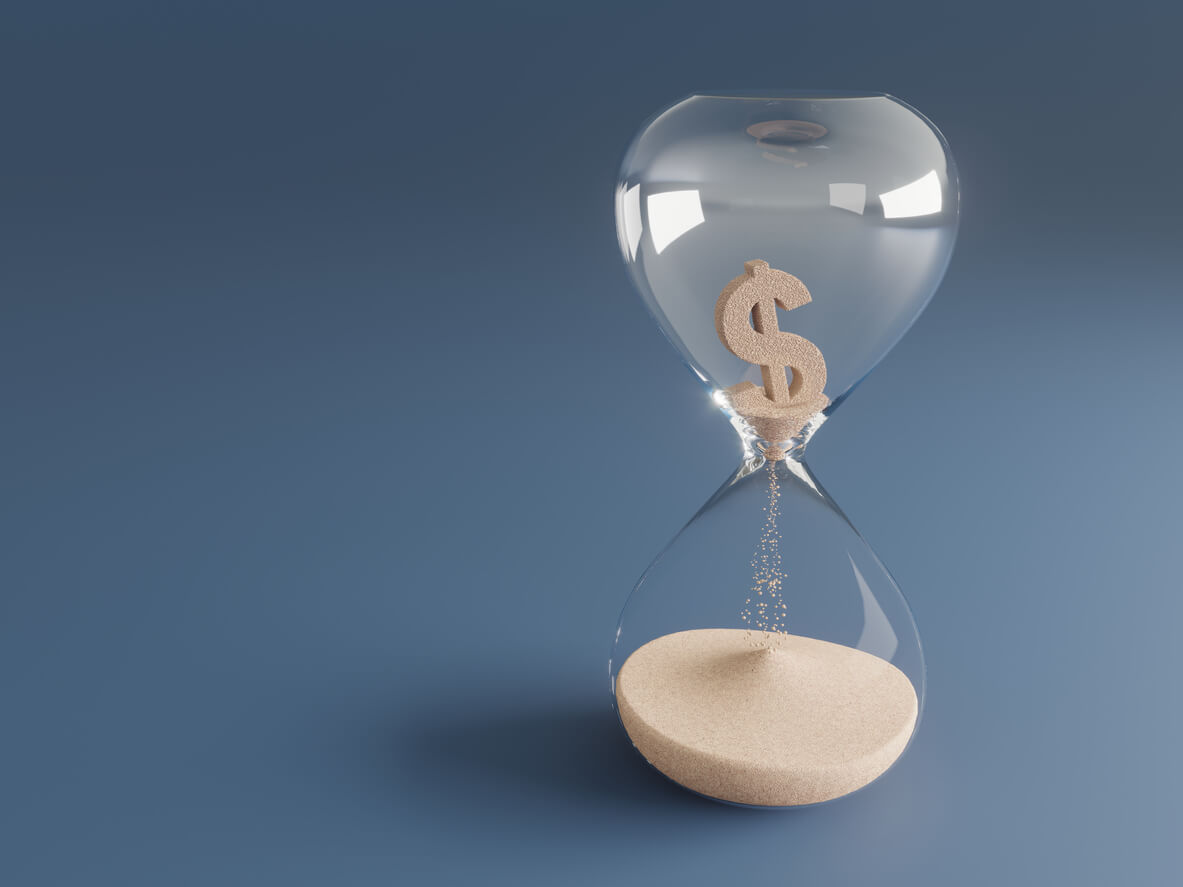 The outlook for the USD looks increasingly shaky into the early weeks of 2023. The corrective move that developed in Q4 2022 has continued. Rallies are being sold into and there seem to be further legs in the retracement of the big bull run of 2022.

Let’s start with a few reasons why USD has been falling:

USD is suffering from rate differentials

US bond yields are tracking lower. This is negative for the USD. The USD has a +0.37 average correlation with the US 10-year yield over a 12-month basis. 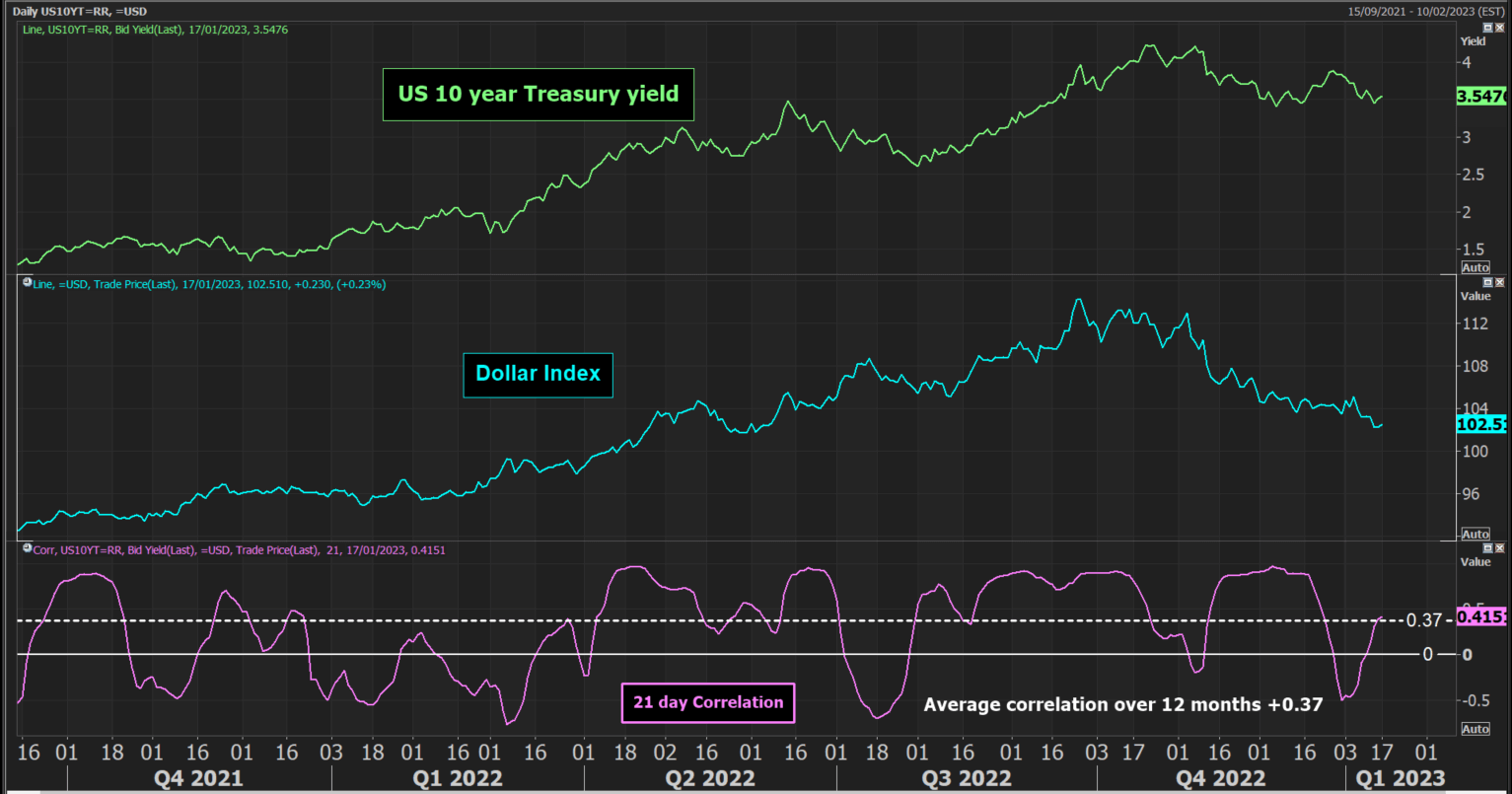 However, the chart shows that yields may not be under as much downside pressure as the USD. Yet still, the USD is in decline. The reason is that yield differentials are negative for USD right now.

The move from the Bank of Japan to widen the yield curve control corridor to +0.5% has accelerated the USD decline (especially on USD/JPY). Traders will certainly be watching the Bank of Japan meeting for any update on the YCC corridor at this week’s meeting.

Also, note how the path of EUR/USD follows very closely to that of the spread between the German Shatz (2-year yield) and the US 2-year Treasury yield. The spread continues to tighten. Markets are currently pricing for the ECB to have another +125bps of tightening whilst the Fed may only have another 50bps. There is further room for this spread to narrow. This is helping EUR/USD higher.

Technicals show further room for the trends to run

The depth of the correction in the USD has now broken the long-term 18-month uptrend for the Dollar Index. The latest breakdown below the support of 103.40 now means that there is key resistance between 103.40/104.65. This is now a prime sell-zone for any near-term unwinding moves. A break below 101.30 would open for 98/100. It would need a rally above 105.63 to change the corrective outlook. 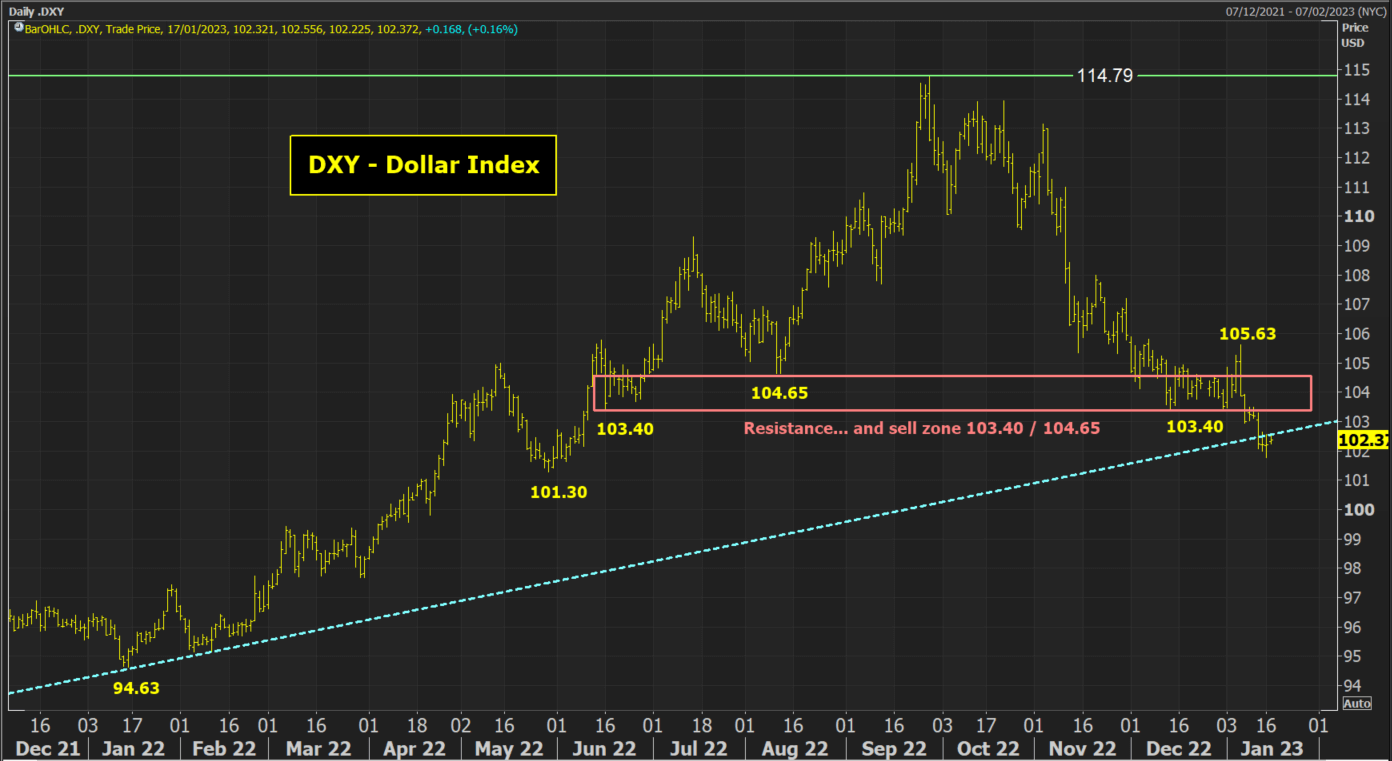 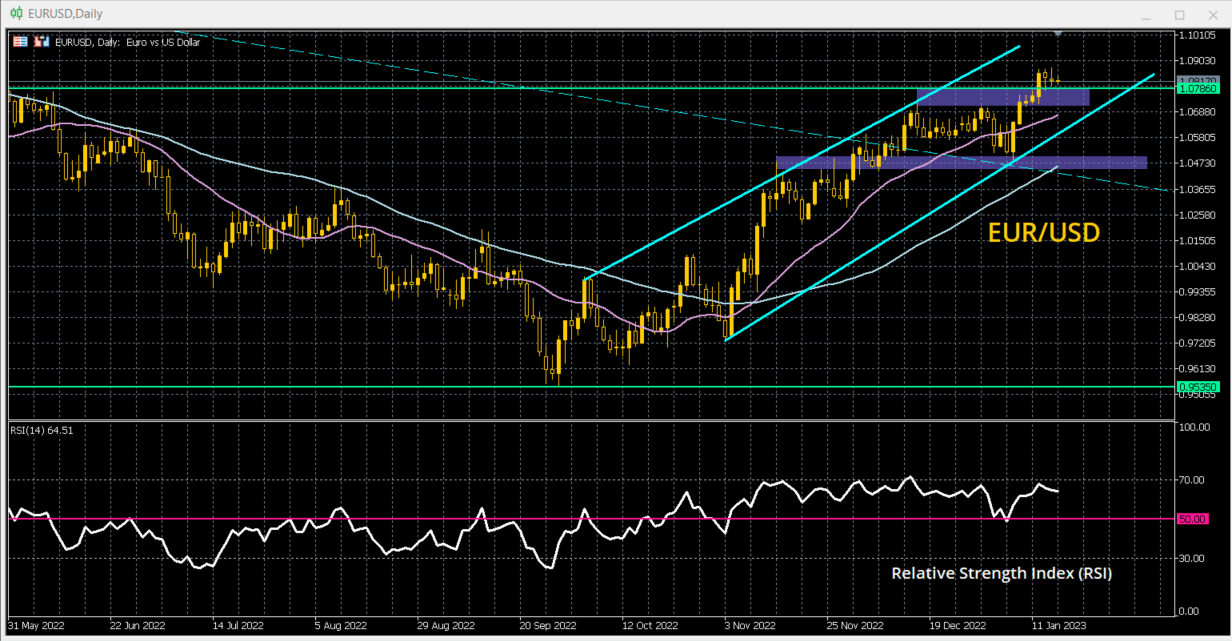 Finally, looking at USD/JPY, we consistently see the breakdowns at old key supports becoming new resistance. This means that any unwind into 129.50/130.60 is a change to sell. A retreat towards 125.10/126.50 cannot be ruled out in the coming weeks. 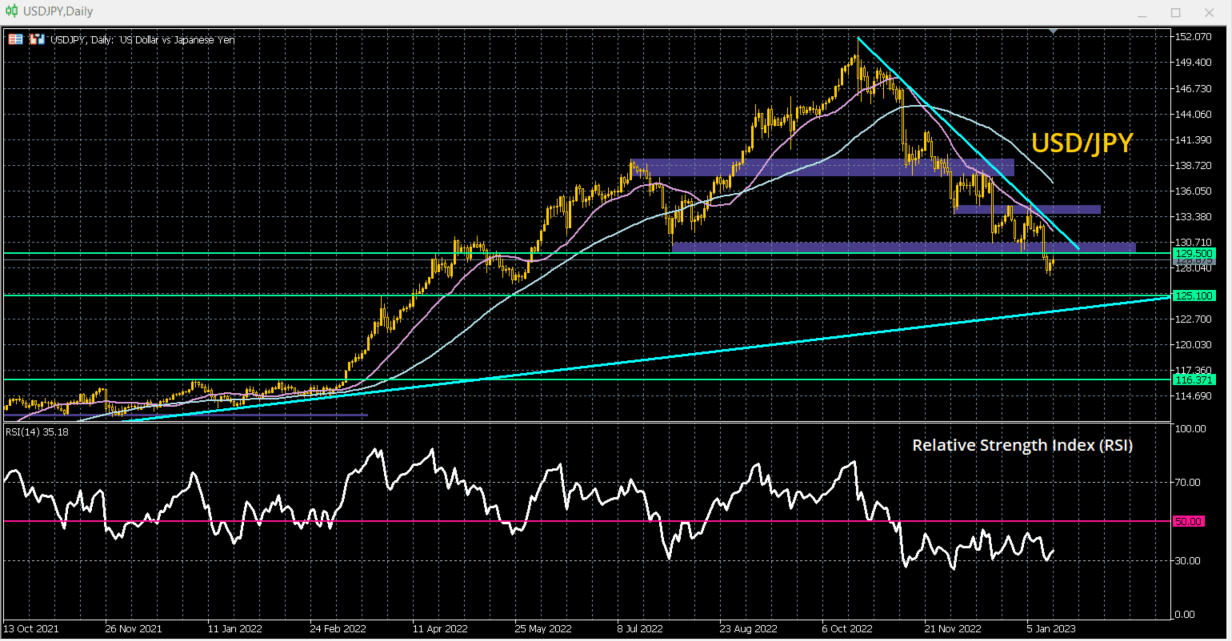