USD has reached a key crossroads as the rally is questioned

A report looking into the state of the US dollar rally. Will it continue? We consider the outlook for major forex pairs. 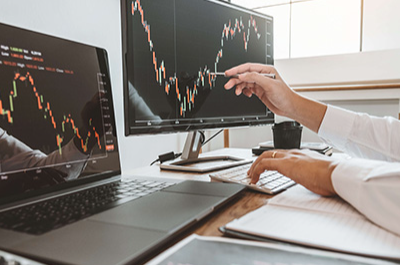 The US dollar has been moving decisively higher since the end of May. However, there are a few signs that the bulls are just releasing their grip on the market. We consider the outlook for major forex to see if this is filtering through.

USD rally has lost steam as bond yields have rebounded

The US dollar rally is creaking. A bearish engulfing (or bearish key one day reversal) on Wednesday came just under the resistance of the 93.44 key March resistance. A move to a new high followed by an intraday sell-off to close below the previous session low.

This is a powerful reversal pattern and is similar to something that occurred as the March rally turned lower. The support of a six week uptrend has also been seriously tested.

It was interesting to see this move coming as risk appetite saw a recovery across major markets. One of the key impacts of this was for US bond yields to rebound. As we can see in the chart below, the rebounds in the US 10 year yield have tended to fizzle out around the barrier of old key lows. This is also around the underside of the old 11 month uptrend, which is another barrier.

Subsequently, we see it is a very important near term crossroads for the 10 year yield, and by extension, this will impact the US dollar. If the US 10 year yield can continue higher, through these technical barriers around the 1.30%/1.31% area, then we may see the USD rally tail off. However, this has not happened yet.

Major forex pairs at a crossroads

So what is the outlook for major forex? Looking at several major pairs, we see some key levels being tested and indicators at key crossroads levels. However, many of the charts still seem to suggest a stronger USD trend is in play.

For EUR/USD we see a continued drift lower which is approaching the crucial support around 1.1700. However, we also believe it is notable that EUR has not sold off hard in the wake of the dovish confirmation from the ECB.

EUR should be one of the key underperforming major currencies with such a dovish ECB. However, support has been holding around 1.1750 in recent sessions. Momentum has a negative bias but there is little decisive selling pressure. We are certainly keeping an eye on the resistance of Thursday’s high at 1.1830 now. If this resistance can be broken, then recovery could develop.

On GBP/USD there has been an unwind in the past couple of sessions. Technically this looks to be a chance to sell though. The rebound is simply a move into the resistance of the 1.3730/1.3785 olf June/July lows, the falling 55 day moving average and a six week downtrend. Also, the RSI has unwound towards 45/50 again.

So how the market responds around here will be key. Initially, today the selling pressure looks to be re-asserting. This suggests USD is holding strong, and GBP remains under pressure from rising COVID cases and Brexit trade deal woes. Closing decisively back under 1.3730 would increase the downside pressure once more.

On AUD/USD it is a similar picture to Cable. The Aussie has been under decisive pressure (COVID lockdown concerns) and a technical rally looks just to be another chance to sell. There is arguably more room to run in a rally, possibly towards 0.7410. However, momentum is still negatively configured. There would need to be a decisive move above the falling 55 day moving average (currently 0.7610) to suggest any serious recovery was underway.

Finally, we see USD/CAD having unwound back to the support of its six week uptrend. There is support around the key breakout 1.2470/1.2525 which is holding well. As with many of the other pairs, this unwinding move on the USD looks to be another chance to buy it. Breaching the uptrend would be a warning along with the rising 55 day moving average. A trend reversal would not be in place until a breach of the 1.2425 key higher low.

The corrective move on the dollar in recent days has brought it to a crossroads. Looking at the technical analysis of major forex pairs, this looks to be another chance to buy USD. There is much that still needs to happen for the USD rally to end. There are early warning signs but for now, we continue to play for USD upside.