We look at the impact that a corrective move on the USD is having on major forex pairs. 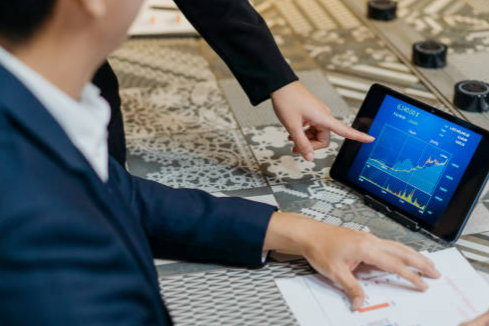 In the past week, we have started to see what could be a key shift in the outlook on major forex. The US dollar has been so strong, for so long, but is increasingly showing signs of decisive correction. This is developing across major forex pairs. We look at what this could mean for the outlook.

A USD correction continues to develop

Last week, we discussed the topping out of the bull run and the potential depth of correction. Fibonacci retracements indicate where the unwinding move might be headed.

We talked about all of the previous moves over the past seven months. The Fibonacci retracements have played an important role in turning points, with retracements ranging from 38.2% to 61.8% of previous bull runs. The current move is now retracing the 97.68/105.00 bull run of April to mid-May.

This morning, as EUR/USD, NZD/USD, and AUD/USD have all moved higher by more than +1%, this has weighed on the Dollar Index (a basket index of USD currency pairs). The Dollar Index has moved sharply lower from the 23.6% Fibonacci retracement level at 103.27 (which was around Friday’s high) to the 38.2% Fib level at 102.21. We see this as the minimum of a correction. Given the strength of the previous bull run and the extent to which the USD was overbought (we will discuss this further in the analysis of major pairs below), we favour a continued trackback to the 50% Fib level now, around 101.35. The Dollar Index has accelerated away from its 12-month uptrend in recent weeks. It now looks to be time for a pullback.

The improvement is clear in major forex

There are still significant downtrends that remain firmly intact on major currency pairs (remember this coincides with the big uptrend on the Dollar Index). However, we are seeing some decisive recoveries now forming. For now, these are still bear market rallies, but momentum is improving in the moves. This morning we are seeing EUR/USD, NZD/USD, and AUD/USD leading the way.

EUR/USD has recovered strongly in just a week since the low of 1.0355. This has come as momentum is recovering following an excessive oversold position but also a “bullish divergence on momentum (posting a lower low on price but a higher low on the RSI). The market has since rebounded to break above 1.0640 resistance this morning. If this can be confirmed on a closing basis, it is arguably the first time that a lower high has been breached in more than six months.

Already a sharp recovery has formed but more importantly, the market started to react more positively to intraday weakness in the past week. The formation of higher lows is the foundation for a new uptrend. It means that 1.0460 is now the first important higher low. The support around the breakout between 1.0590/1.0640 is now an area of support too.

A strong recovery is also forming on the Aussie, with AUD/USD breaking above resistance at 0.7030/0.7070. Once more this has come with a bullish momentum divergence on the RSI which should give the move a better grounding than the bull failure in early May. Having broken the 7-week downtrend, holding above the 0.7030/0.7070 breakout will be important, but the higher low at 0.6950 is the key support.

We also see a key recovery formation on NZD/USD. This rebound has again come with the aid of a bullish RSI divergence, breaking a seven-week downtrend and moving above resistance at 0.6410 this morning. A recovery towards 0.6530/0.6565 is the next test of resistance.

Can recovery be seen across the majors?

Technical recoveries are coming across major currencies against the dollar, but some pairs still have key hurdles to overcome.

On GBP/USD the resistance at 1.2640 is still a barrier. However, the same encouraging signals are being seen. A recovery was driven by a bullish RSI divergence. The RSI is already pushing above 50 to levels not seen since February. A key higher low is in place at 1.2330, but if the market can break back above 1.2640 there is plenty of room for further recovery. There is little real resistance then until 1.2970/1.3000.

The final chart we are watching is USD/JPY. A USD correction is pulling Dollar /Yen lower, but even though we are more cautious (the pair tends to be more supported when risk appetite is positive), there is a clear corrective slant that is forming.

If support at 126.90 (which are lows from late April and last week) were to be broken it would complete a 5-week “head and shoulders” top pattern. That would then imply a retreat towards 122.50.