US inflation rises sharply again but in line with forecasts

US CPI inflation has increased sharply again, with headline levels now close to 8%. However, this was in line with consensus. 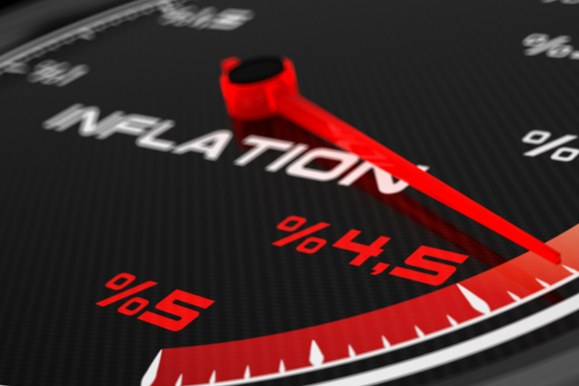 US inflation has risen again for both a headline CPI and core CPI in February:

Inflation is now at levels not seen since 1982.

Looking at the CPI breakdown, it is clear that food and energy costs are still extremely high and a key portion of the headline CPI is close to 8%. Both factors had been starting to moderate in recent months, however, have one more spiked higher. Given the huge jump in grain and energy prices in the wake of the Russian invasion of Ukraine, the likelihood is that inflation will only continue higher, above 8% in due course.

The Federal Reserve is on course to hike interest rates for the first time in three years in March. The Fed members will see the data in line with expectations and potentially even breathe a sigh of relief. Given the incredible strain and stagflationary impact of the war in Ukraine, the need to aggressively hike interest rates to control inflation has not strengthened.

Market reaction to this inflation data has been slightly complicated as it comes as the ECB is holding the press conference for its Governing Council meeting.

Yields have been choppy since the data, but essentially little change has been seen.

A mild bout of USD strengthening has taken hold since the data (but also coincides with the ECB press conference). Given the relatively neutral move on the 10-year yield, this move seems to be as a result of EUR weakness rather than USD strength.