Inflation has come in ahead of expectation for the US&gt; Markets are reacting with the USD positive and risk appetite under downside pressure. 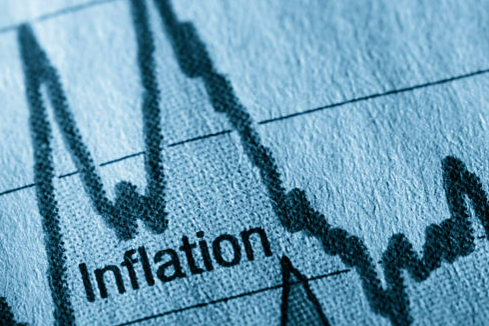 US inflation soars to 40-year highs

US CPI inflation has increased to levels not seen since January 1982. Rising by +0.6% for the month in January, the US headline CPI has increased to 7.5%. This was higher than the forecast of a consensus of analysts which had been looking for (at 7.3%).

This also came with US core CPI increasing to 6.0% in January (from 5.5% in December). Once more this was higher than the consensus, which was looking for 5.9%.

As can be seen in the breakdown of the components of inflation in the US (provided by the Bureau of Labor Statistics), the cost of fuel and energy remains a significant driver behind the rise in headline inflation.

This higher than expected inflation data heaps yet more pressure on the Federal Reserve to tighten policy. Cue more accusations of being behind the curve on inflation (remember, as of today the Fed is still buying assets as part of its emergency QE program, even if it is ending this month).

According to a chart on ZeroHedge, the number of rate hikes expected by markets this year is close to six. That would be almost one hike at EVERY meeting. A normal tightening cycle would be looking at possible a rate hike every other meeting (four per year).

The usual market reaction seems to be coming with this data surprise. Yields have shot higher, USD is stronger and risk appetite is negative: