Week Ahead: Flash PMIs and US Prelim GDP in focus

It is a shortened trading week for the US due to the Thanksgiving holiday, but flash PMIs and Prelim GDP will take the focus. How growth trends are developing into a potentially COVID impacted Q4 will be key. 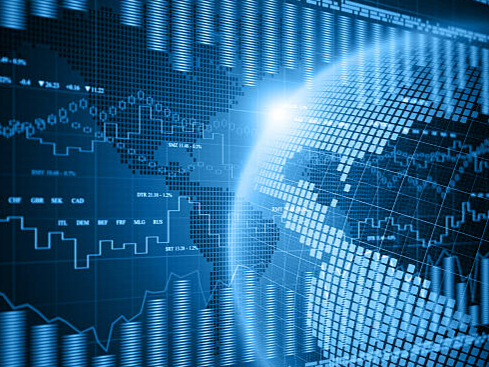 With the Thanksgiving public holiday coming towards the end of the week, there is a whole raft of US data that has been shunted forward for the next few days. This includes the flash PMIs and a second look at Q3 GDP. Away from the States, the flash PMIs give traders a sneak peek of the current economic outlook across other major economies, whilst will the Reserve Bank of New Zealand hike interest rates? In Latin America, Mexican GDP and inflation, in addition to the Bank of Colombia rates decision.

Tuesday’s Flash PMIs will be an interesting indication of where the US economy is heading into Q4. The Markit flash PMIs have dropped under the more widely used ISM data in the past few months, but have shown signs of picking up again in September. If this improvement continues for October’s data then this will be seen as a positive sign of improving growth trends into the end of the year, and help to balance out the negative impact of inflation.

Prelim GDP is a revision to the original Advance reading that came out a few weeks ago. The first reading came with a significant negative surprise as GDP was “just” +2.0% (versus the +2.6% consensus). However, as more data has come through there is expected to be a slight upward revision to +2.2%.

Other data includes the weekly jobless claims which continue to fall and have tended to come in fairly close to expectations in recent weeks. The FOMC minutes will be eyed for further detail of Fed member views on inflation, but seeing as their recent speeches continue to be dominated by the inflation issue, we may not learn anything we do not already know.

Eurozone flash PMIs are forecast to fall back again in November. This is driven by a slip in both manufacturing and services. COVID infections are resurging and the prospect of further restrictions and lockdowns are flaring up (Austria has just gone into lockdown once more). This is likely to weigh on the flash Composite PMI which is expected to fall back to 53.6, but also could then result in negative revisions to the final data. So, whatever the reading, there could be a hit to sentiment. UK data has been ticking higher in the past month or so and it will be interesting to see if this divergence continues.

The negative bias for Eurozone data is also set to be reflected in the German Ifo Business Climate. The data is being led lower by the declining expectations component and given the surging COVID cases again in Germany, there is a clear downside risk to the 96.5 headline expectation.

The Reserve Bank of New Zealand became the first of the major central banks to increase interest rates when it hiked by +25 basis points at the last meeting. It is expected to repeat the move this week. With the jump in quarterly inflation expectations and COVID restrictions set to be eased towards the end of the month, the RBNZ is positioned for another hike. According to a Reuters poll, out of 23 economists surveyed, all but two are predicting a rate hike.

Inflation fears are the main concern for central banks around the world. In Mexico is it no different. The central bank estimates that annual inflation could go above 7% which would be a 20 year high, and more than double the central bank’s 3% target. This is higher than the 6.2% YoY October level which resulted in a fourth consecutive +25bps hike in the November meeting. If half month inflation continues to drive higher from last month’s +0.54% MoM then further rate hikes are sure to follow.

The Central Bank of Colombia raised rates by +50bps to 2.50% in the meeting at the end of October. This was to combat inflation which has risen to 4.6% YoY in October. With inflation more than the 1% band above the 3% target, further rate hikes seem to be likely. COP has been in decline ever since the October rate hike.