The stuttering prospects of recovery on indices

European markets continue to lead the underperforming US indices. However, unless there is a recovery on Wall Street it will be difficult for sustainable moves higher for FTSE 100 and the DAX. 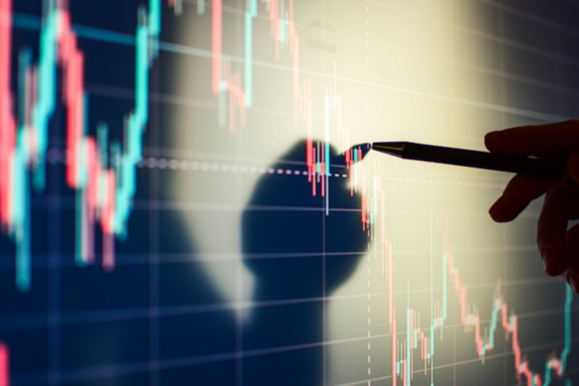 There is a significant variance in the outlook for major market indices. The tech sector remains under the most pressure, but elsewhere, and especially in Europe, there are realistic prospects of decisive recovery forming. However, without Wall Street backing a recovery (especially in Big Tech), the European recovery will struggle for traction.

The chart of performance in indices over 2022 shows that the NASDAQ is a massive drag on Wall Street. But when you also consider that the outlook for Wall Street is a key driver for other major indices, then this also becomes an issue elsewhere.

However, there is a significant variance in the performance of major indices. Whilst FTSE 100 was a massive laggard during 2021, with the NASDAQ hugely outperforming. However, since the beginning of the year, the NASDAQ 100 futures have fallen by -28%. During the same period, the FTSE 100 is trading over +1% higher in 2022.

It is also interesting to see that the European indices have performed well since the early March decline. Even on a one-month basis, the NASDAQ (and by association the S&P 500 futures) is suffering. However, the sell-off that has hit Wall Street since early April has barely been seen in Europe, with even the export-heavy DAX performing relatively well over the past month.

The struggles of major US markets

Undoubtedly we have seen that the Big Tech stocks of the NASDAQ are acting as a significant drag on US equity markets. The S&P 500 is almost half tech weighted, so the negative outlook of the NASDAQ is a big problem for recovery.

Looking at the technicals on US markets, the outlook remains bearish. The NASDAQ 100 futures (NAS100ft) remain deeply entrenched in a bearish downtrend, whilst the break below 12,700 was a crucial deterioration on the longer-term outlook. Until the seven-week downtrend is broken and the market trades back above 12,700 it is difficult to see any other strategy that selling into strength.

However, there are a few tentative signs of hope in recent sessions. Intraday selling pressure has been bought into. Long lower tails on the daily candlesticks suggest that the bulls are fighting hard now. This could be the early signs of a recovery forming.

There is a similar technical outlook for the S&P 500 futures (SP500ft). A downtrend is intact whilst a bull failure at 4100 was a blow for recovery prospects last week. However, once more, the long lower tails on the candlesticks suggest that the bulls are fighting back against intraday weakness.

The same technicals are also reflected on Dow futures (DJ30ft) but to a slightly less bearish extent.

European indices are stuttering as a result

As we mentioned earlier, the European markets are looking to engage in recoveries, but are being hampered by the lack of recovery patterns on Wall Street.

The German DAX (GER40) is the key embodiment of this. The better performance in recent weeks has seen a four-month downtrend creaking. With momentum now neutral (the RSI has been above 40 for much of the time in the past two months), we see buyers now consistently supporting weakness. Although the resistance at 14,260/14,320 is proving to be tricky to overcome, the longer that 13,675/13,900 is used as a near term support area, the prospects of recovery will improve.

Leading the way, continues to be the FTSE 100 (UK100). Selling pressure never seems to last long, with the market trading around the upper regions of a long term trading range (between 6755/7695). Support in the 7155/7227mid-range pivot is a good base now.  Even though market moves have contained big swings higher and lower over recent weeks, the lack of sustained selling pressure in that time (whilst Wall Street has been trending decisively lower) has been a key feature of the strong performance of UK stocks in 2022. The big problem is that resistance lies overhead between 7545/7695, whilst there is a trend of lower highs in recent weeks. This remains a key stumbling block to sustainable moves higher.

The outlook is that European markets are still building for recovery. However, their prospects of sustained recovery will be hampered by the lack of recovery on Wall Street. Major indices continue to take their cue from Wall Street and if selling pressure continues to hit US equities, any potential recoveries in European indices will continue to stutter.