We have seen initial signs of a kickback against recent USD strength. We are looking for the signals to show an unwind is developing. 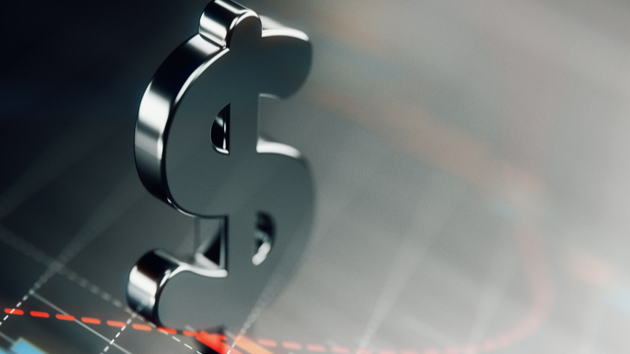 The US dollar fell in the wake of a strong Nonfarm Payrolls report. This is a move that would have taken many market participants by surprise. We look at the potential for a shift in sentiment.

USD should have strengthened on payrolls, it did the opposite

Nonfarm Payrolls show better than expected headline jobs growth, lower than expected unemployment, and wages growth strengthening too. Along with a net positive revision to prior months of +235,000, this was all-around a solidly strong jobs report.

However, there was a decisive move lower on the yields of longer-dated Treasuries. A strong payrolls report should normally see yields rising (participants selling bonds). The yield on the 10 years fell sharply to a five-week low.

As you can see a key uptrend of the past few months is holding for now but is under threat on the 10-year yield.

There is some reasoning that might help explain why this rather odd move came about. After a raft of tier one data including 6 major central banks reporting in the past two weeks, this might be a case of near-term position unwinding. All the news is now out there and a near-term kickback may be the result. This is also reflected in the movement on the USD on Friday.

With bond yields tracking lower, and the US Dollar Index falling to kick higher on Friday gives the sense that there may now be a near-term unwind within the uptrend channel. There is room for a retracement back towards 93.50/94.00. However, we would see this as a near-term move and is likely to be another chance to buy in due course.

The near-term technical outlook on some of the major pairs shows there is a potential unwind of USD strength developing. Some of these charts have moved to test key levels which shows the USD comes into this new trading week at a near-term inflection point.

Essentially EUR/USD has been in a consolidation rectangle since late September. A false upside break in late October and a false downside break on Friday leave the market broadly rangebound still. However, the pair has rebounded to test 1.3570/1.3585 resistance now. A move above this resistance would complete a small base pattern (shown best on the hourly chart). This would imply +55 pips of near term recovery, close towards a test of what is now a five-month downtrend (currently around 1.1650)

We also see a similar base pattern building in the chart of AUD/USD. A move above 0.7410 would complete the pattern and imply +50 pips of near-term recovery, towards 0.7460. This would be an unwind into the big medium-term resistance band around 0.7450/0.7475. We would see this as a likely area where a rally would falter and give the renewed opportunity to sell.

Even GBP/USD there is the potential for a rebound. GBP has been underperforming across the major currencies in recent weeks. However, the chart of Cable shows a near-term rally could take hold if there is a break above 1.3510 resistance. It would imply c. 85 pips of recovery and would be right into the midst of the resistance band 1.3570/1.3600. Once more any near term rally would be expected to be short-lived and be a chance to sell GBP/USD.

We can see from the lack of USD positive trending move in the wake of the payrolls report, there may be a near-term unwind that is threatening for the dollar. We would though expect this to be short-lived and provide the next opportunity to play the medium-term USD positive trend.