The potential for USD profit-taking is growing

With the new COVID variant taking hold, there are some signs that markets are ready to pare expectations for Fed rate hikes. This could drive some near-term USD profit-taking.&nbsp; 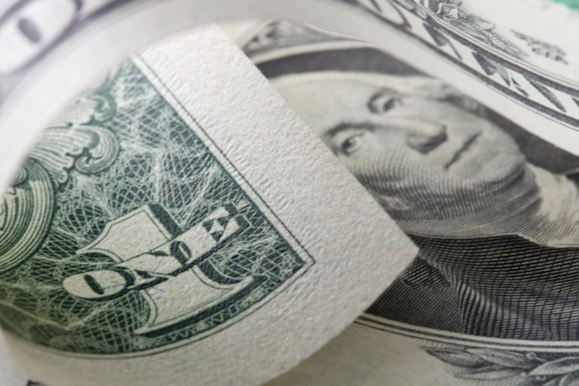 Major markets had a significant shakeup at the end of last week. A new COVID variant has the potential to shift how central banks view the exit from ultra-loose monetary policy. This could change expectations of Fed rate hikes and be an excuse for some near-term USD profit-taking.

Fed hike expectations being reined in

The rapidly spreading Omicron variant could force a shift in how central banks view the exit from the emergency loose monetary policy positions. Markets have gone massively on a roll in recent weeks to price in a first Fed rate hike to June or July 2022. However, this is now being pared back.

US interest rate futures (Eurodollar) are now pricing for the first hike around September 2022 and a second one maybe scrapes in for December 2022. Once the dust settles on trading volatility, if this becomes the stable view of markets, then it could drive some near term profit-taking on the US dollar (USD).

There is plenty of room for USD to unwind, as futures positioning has been stretched in recent weeks.

The key move on Friday was USD lower against the safe-havens. Currencies where there is no immediate prospect of tighter rates (such as JPY, CHF, and EUR) all picked up versus USD.

How markets now settle down will be key. If Friday’s move is seen as an over-reaction, then USD will quickly begin to regain strength.

However, it could also be that markets will see that they have gotten too far ahead of themselves in pricing in Fed rate hikes. It could be time for some more moderate positioning, and perhaps this means some USD profit-taking.

What to look for in the technicals

So we now need to see how forex markets settle down in the next few days. The rebasing chart of the performance of forex majors versus the USD shows that only EUR is lower versus USD today.

The chart of EUR/USD shows the market had already been starting to find support last week, with a low in place at 1.1185. This morning’s unwind has looked to form support around a near term pivot area 1.1250/1.1275. If this can hold as a higher low, then the building blocks for improvement are starting to be laid.

Resistance at 1.1330 then becomes important as a break above would mean higher low and higher highs begin to form. This would be confirmed above 1.1375, which would then open a bigger recovery towards the key resistance around 1.1525. There is also plenty of room for a technical rally, as 50 on the Relative Strength Index is where the technical rallies on August and October unwound to.

It is also interesting to see if this is the moment for a rally on AUD/USD. The sell-off accelerated on Friday and came within sniffing distance of the crucial August low at 0.7105. However, with selling pressure easing this morning, the technicals are hinting at a turnaround.

With the daily RSI ticking higher from under 30 (which is deemed to be a buy signal and is similar to what was seen in August), a two-week downtrend is being threatened. The four how chart shows initial resistance at 0.7156 is being tested.

Bigger resistance at 0.7185/0.7210 needs to be breached for a more considerable recovery to form and test the bigger four-week downtrend. However, given the importance of the August low support which is intact and the huge selling pressure that has gone before, this one is prime for a technical rally.

GBP does not sit as a defensive major or a commodity currency. However, there are also signs of initial support and a technical rally starting to form on Cable, even if this one looks less well developed compared to other major pairs.

GBP/USD has picked up from Friday’s low at 1.3277 and the bulls will now be eyeing the initial resistance at 1.3325. Closing above here would be a signal of intent and open a test of the one-month downtrend. There is plenty of room for a technical rally with the RSI in the mid-30s. The more considerable test of resolve for the recovery would be resistance around 1.3395/1.3410 but there is certainly room now for a near-term technical rally.