The near to medium term USD correction is not over, yet

There has been a big bounce back in the USD today, regaining some of the ground lost over recent weeks. However, much more needs to be seen to signal a decisive shift in the USD corrective outlook. 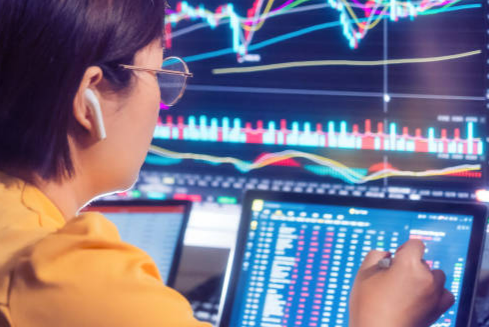 The US dollar (USD) turned corrective in recent weeks. However, the USD is bouncing back decisively today. We look at the drivers behind this and whether there can be a sustainable shift in outlook once more. The moves on major forex are suggesting that the USD is reclaiming lost ground but the reaction in the coming sessions will be key to the next move.

The Fed speak has been relatively less hawkish in recent weeks. This has come as inflation trends have started to show signs of topping out. However, even though he is one of the most hawkish FOMC members, Christopher Waller suggested yesterday that 50 basis points hikes should be kept “on the table” until inflation comes closer to the 2% target. Waller is a permanent voter on the FOMC. Suddenly markets are questioning the calm unwind lower on interest rate expectations.

This has taken markets by some surprise. US bond markets were shut for Memorial Day yesterday but yields have pulled decisively higher today.  The US 10-year yield is up over +10 basis points whilst the 2-year yield is +8bps.

The big question is whether this is the start of renewed upside pressure on yields or whether it is a relatively isolated move.

The chart of the 10-year yield shows a decisive move lower in recent weeks. There is also the potential for a “head and shoulders top” (which could complete below 2.70% and confirm below 2.65%). However, for now, we will be keeping an eye on the 3% level. US interest rate expectations suggest that market participants are struggling to see US rates over 3% now, which will leave 3.00% on the US 10-year yield as a key psychological barrier. 3.01% was a lower high in mid-May and if this remains in place as a lower high, then the USD may struggle to regain sustainable traction.

With yields jumping, the USD has also regained lost ground today. This is evident across major forex pairs. The recent trends are coming under mounting pressure, questioning the recent USD negative moves.

There are major pairs that have broken their recoveries. GBP/USD has been in a tight uptrend for a couple of weeks but this has been broken today. A bull failure around 1.2640/50 is a concern as the uptrend breaks down. However, we believe that for now, this is a questioning of the recovery, rather than a reversal. If the support at 1.2470/1.2500 can remain intact then a recovery pattern could still be in formation. This was a mid-May pivot support area.

USD/JPY has also broken higher to break a mini corrective downtrend. Remember, USD/JPY looks very similar to the US 10-year yield. Although the immediate corrective momentum has stalled, until the 129.80 mid-May lower high is breached, the corrective aspect of this chart remains live.

… but USD is struggling still elsewhere

In the other major pairs, we are seeing retracements today, but nothing is yet confirmed as a decisive shift in sentiment.

The recovery trend on EUR/USD is being tested, but so far remains intact. However, even if it is broken, from a technical perspective, the support band 1.0600/1.0640 is far more important. This is a key near to medium term pivot area which if broken would signal a decisive shift in sentiment back towards USD strength. However, until then, we favour pressure on the 1.0750/1.0800 resistance area.

The Aussie is another currency still trending for recovery against the USD. The move higher on AUD/USD has been technically very well-defined, with breaches of previous resistance becoming supportive. This would suggest that 0.7125 is an important initial area to use as a gauge for sentiment on this pair. Whilst the recovery uptrend and 0.7125 remains intact, we favour a continued recovery towards a test of 0.7265. We would only turn bearish again below 0.7035.

Finally, we see another uptrend intact on the chart of NZD/USD. As with the Aussie, the Kiwi has recovered well in the past couple of weeks. Although the market has dropped back from the resistance at 0.6568, there is still a good basis for recovery. Having broken out above 0.6455 just over a week ago, the pivot band 0.6410/0.6455 has become a consistent area where the buyers have supported intraday weakness. Whilst 0.6410 remains intact, the recovery remains on track.