The key resistance still lies ahead for major forex recovery

Corrective signals are showing on the USD and a retracement is setting in. We look at how far this can go and what it means for major forex pairs. 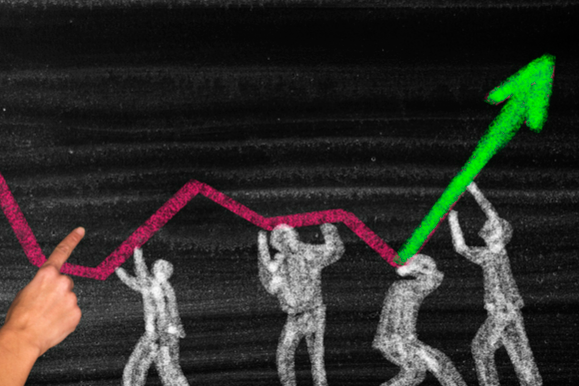 A kickback against the huge dollar strength is underway. There have been some impressive recoveries that are coming across major forex pairs, with EUR, GBP, AUD and NZD all rebounding versus the USD. Important resistance is already being broken and this can open for further recovery. However, for now, this is still just a series of bear market rallies. The key resistance still lies overhead.

The USD is retracing from overbought

It has been an enormous run higher on the USD. However, it may now be time for a retracement.

The technicals on the Dollar Index are showing some reversal signals. Having hit 105.01, the index is today set to post a third consecutive negative candlestick. This suggests exhaustion. The Relative Strength Index is also showing a bearish divergence (lower high on RSI whilst posting a higher high in the price), with a confirmation “failure swing”.

The huge breakout from the April/May bull run also hit the 161.8% Fibonacci projection of the March falling wedge breakout (which was at 104.68). We have recently been discussing this target area as a potential consolidation for the Dollar bull run. It may now prove to be a turning point.

However, we notice from previous unwinding moves of the USD rally, that the Fibonacci retracements have played an extremely important role in turning points for the market:

Looking at the charts of major pairs, this is all manifesting in a rally against the USD.

EUR/USD has rallied for a third consecutive session, pulling above the initial resistance at 1.0470/1.0500. This has come with a bullish divergence on the RSI. Closing above 1.0470/1.0500 (and preferably using this as a basis of support) would now open for a further recovery towards a test of the key high at 1.0635 (remember this is the equivalent of the Dollar Index falling to test the support at 102.30).

However, that test of 1.0635 will be a crucial moment. This is the first key lower high within the big sell-off. Moving above there would suggest a sustainable fightback against the dollar is developing, especially if a new run of higher lows is also formed.

It is a similar story with GBP/USD. Moves on Cable have been more volatile than on EUR/USD, but a recovery is also in play after three consecutive positive candles look set to complete today. Again, a bullish RSI divergence is also present with the low and the way is open towards a test of the key May lower high at 1.2635.

The bulls will look to use the old initial resistance around 1.2400 as a basis of support and if this becomes an area of a higher low it will add to the sense of improving outlook.

For both EUR/USD and GBP/USD this is still very much bear market rally territory. However, given the enormous extent of the selling pressure in recent weeks, the potential for a sizeable technical rally is certainly there.

That the Aussie and Kiwi are also recovering reflects the risk recovery that is in place now. This might make some traders a little nervous, as risk rallies have been short-lived in 2022. However, for now, we are happy to back a rebound as they rebound after positive RSI divergences against the USD.

On AUD/USD the May reaction high is considerably above here so the key near term test is for a close above 0.7030 which would take the market clear of the 0.6965/0.7030 resistance band. There is room to unwind towards the falling 21 day moving average (at 0.7100) which has tended to restrict previous rallies in recent weeks. A six-week downtrend also comes in at 0.7130.

On NZD/USD there is a less pronounced set of recovery signals. However, following the (slight) positive RSI divergence, three positive candles in the past three sessions have re-opened a recovery towards the six-week downtrend (currently around 0.6450).