The key data driving markets in the first week of 2023

Traders will have little time to nurse their New Year hangovers. Financial markets jump headlong into a clutch of key data that will set the early tone for 2023. 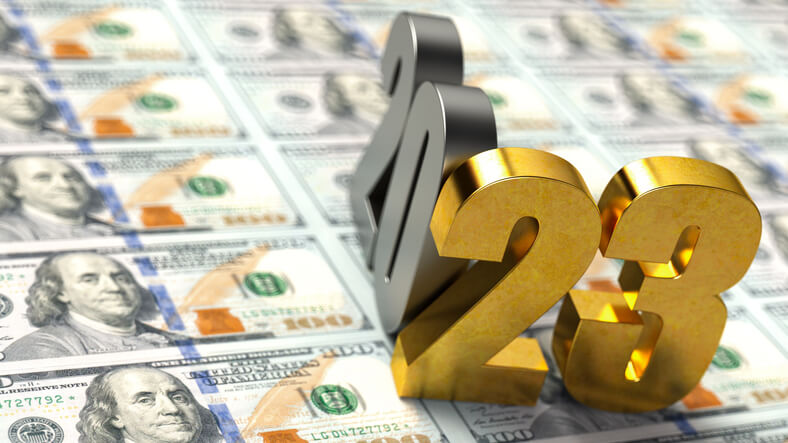 As traders sit back and try to digest the mountains of insanely rich food that has been consumed over the festive period, major markets tend to be fairly quiet. However, any period of calm that might be experienced will not last long. Major markets jump straight into a clutch of tier-one data that runs throughout the first trading week of 2023. We consider what is set to drive major markets. Essentially, we are looking out for the ISM PMIs, Eurozone inflation and the US jobs report. Watch for:

The December ISM data was a mixed bag. The ISM Manufacturing (Tuesday 3rd January at 15:00 GMT) deteriorated and came in worse than expected in contraction territory (below 50). USD fell sharply and the trend of that moment (USD negative) continued. However, markets were not prepared for the positive surprise in the ISM Services (Thursday 5th January at 15:00 GMT). Beating expectations with the ISM at 56.5 (reflecting decent expansion) with the Employment component back above 50 (back into mild expansion) reflected an economy in November still holding up well in the face of deterioration growth trends.

The key, as we move into 2023, is whether the trends do deteriorate and begin to point towards negative growth trends that come with recession. Traders will be watching the ISM Services closely (consumption still accounts for around 70% of the US economy). With regional Fed surveys tracking negative, whilst ISM Manufacturing and the Markit PMIs are all below 50, if the ISM Services drop into the very low 50s or below 50 this would be a flashing red warning signal for an impending recession.

Market reaction: Negative data tends to be seen as negative for the USD as it puts pressure on the Fed to ease back on its aggressive tightening. However, it could also help to support risk assets to an extent. 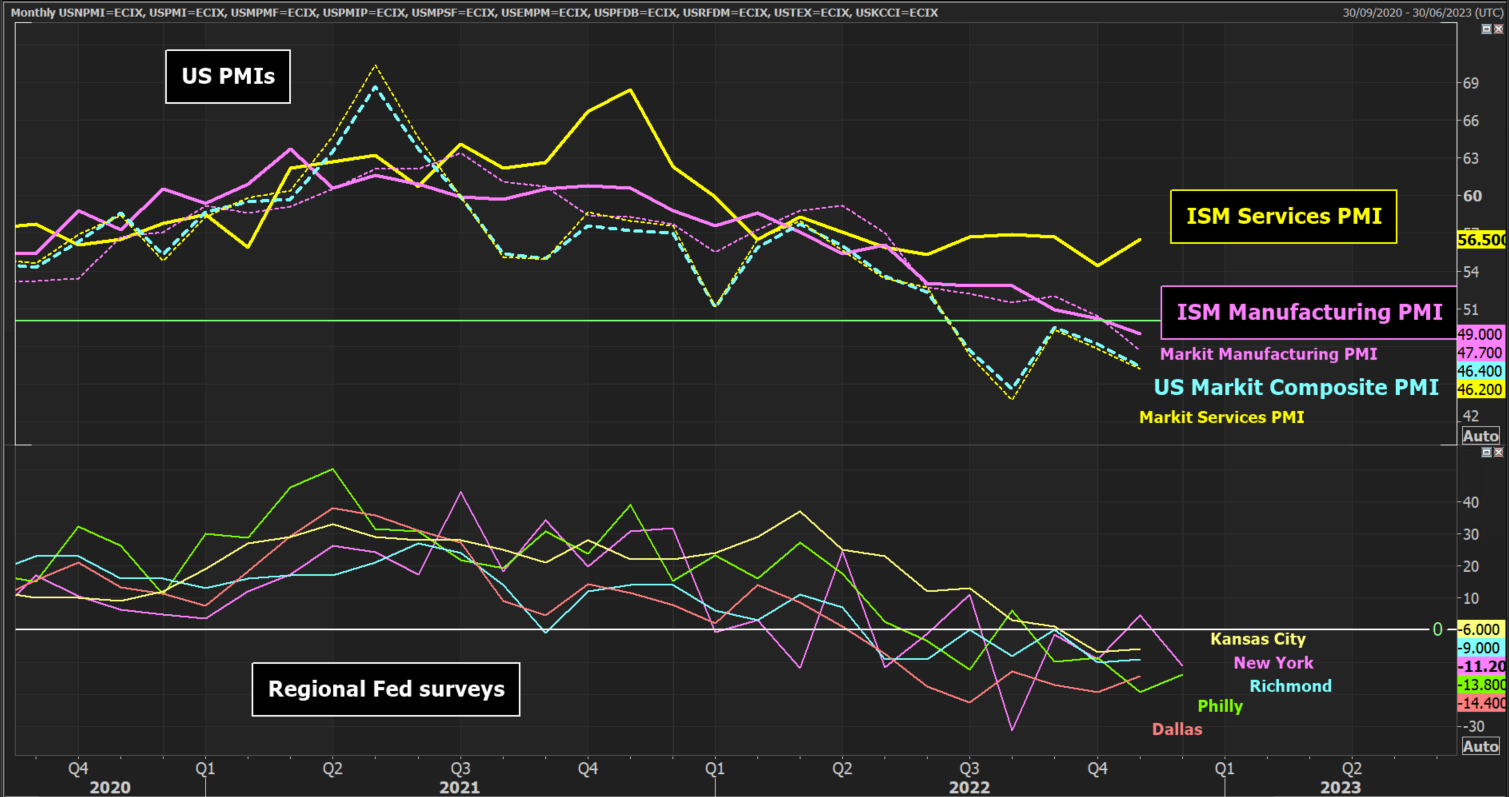 Has Eurozone inflation topped out? That is the big question traders will be asking when the flash HICP (the harmonised inflation data for the euro area) for December is announced early in the new year.

Inflation looked to be showing signs of rolling over in November. However, this was not enough to prevent the ECB's December inflation projections from being raised “significantly”. Governing Council staff forecasts still have inflation above the 2% target throughout the forecast horizon (at 2.3% on the headline and 2.4% for core HICP). This was the decisive factor to leave the ECB with a hawkish lean from the meeting.

Inflation has seemingly peaked in the US but much more evidence is needed for this to be the case in the Eurozone. At the December meeting, the ECB said that rate hikes would need to continue “significantly at a steady pace”. If inflation remains high, the ECB will remain hawkish in Q1 and Q2 (maybe as much as 50bps per meeting).

Market reaction: Higher than forecast Eurozone inflation would help to underpin what is a growing strong relative performance for the EUR on major forex (especially ex-USD).

The US labour market remains remarkably tight. The headline payrolls were higher than expected last month. This meant that wage growth was also higher than expected. This certainly contributed to the Fed being reluctant to pivot to a less hawkish position in the December FOMC.

There is just one Nonfarm Payrolls and one US CPI print between now and the next FOMC meeting announcement on 1st February. US Fed Funds futures markets (according to the CME Group FedWatch) are pricing for a probable 25bps hike in February. However, if payrolls data once more comes in hot there is plenty of room for markets to shift towards pricing for another 50bps hike.

Traders also watch the ADP Employment (Wednesday 4th January at 13:15 GMT) for any clues on the Nonfarm Payrolls two days later. Notably, for more than two years, the ADP jobs data has been consistently printed lower than the NFP data from the  Bureau of Labor Statistics.

Market reaction: Another strong payrolls report would likely drive US Treasury yields higher, resulting in a strong positive USD reaction with a sell-off on higher risk assets such as equities and also precious metals.