The factors that can alter an outlook of USD outperformance

There are several factors to watch in the coming days to impact forex markets. COVID is again important for Europe and the EUR, whilst the next Fed chair could also drive volatility for USD. We assess how this could impact the outlook for major pairs.&nbsp; 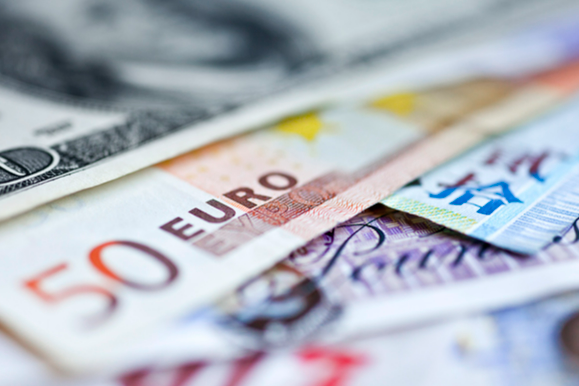 Just when it looked as though a corrective move was set to take hold on the US dollar (USD), there was a sharp re-strengthening once more on Friday. We remain positive on the medium-term outlook for USD and markets continue to buy into weakness. Some near term factors can influence this.

Eurozone COVID is negative for EUR

COVID infection rates have surged in Europe in recent weeks. Continental Europe has tended to be several weeks behind the US and UK with regards to the pandemic. The UK saw its infection rates surge in September and October, but these have shown signs of improvement recently. Rates in Europe are rising sharply now.

It appears that as the colder weather is taking hold in Europe, COVID infections are on the rise. This is leading to renewed social restrictions (with a full lockdown in Austria). People are not happy that their freedoms are being restricted again and there have been several instances of social unrest over the measures.

This is weighing on financial markets. The outlook for EUR is under scrutiny now. Goldman Sachs has cut its outlook for EUR/USD over the coming months from 1.16/1.18 to 1.14/1.16.

We will be keeping an eye on the Eurozone Consumer Confidence and flash PMIs to see what sort of impact these restrictions may be about to have on Eurozone growth trends. Eurozone PMIs have been disappointing recently. Any further deterioration below the 53.1 flash Composite PMI forecast could be a key drag lower for EUR.

It has also been suggested that before Thanksgiving, President Biden will reveal his choice for the next chair of the Federal Reserve’s rate-setting committee, the FOMC. The incumbent, Jerome Powell is a marginal favourite according to some sources, but Powell’s judgement has been called into question given the scandal of FOMC members actively trading assets directly linked to QE purchases. This may count against him.

The alternative is Lael Brainard. She is a strong candidate but being one of the arch doves on the FOMC at a time where there are serious concerns over inflation, this may count against her.

Markets are likely to react fairly neutral if Powell is announced. If it is Brainard, then there could be a kick lower for USD. We would see this as relatively short-lived though. The Fed chair is a big voice on the FOMC but only casts one vote out of eleven. Brainard already has a permanent vote and so nothing would change. We would see any USD volatile weakness on this would be a medium buying opportunity.

The Dollar Index jagged back higher again on Friday and has held that move into today. Given the factors that could impact the outlook for USD, we believe that any near term weakness is still a chance to buy.

Any unwind on the Dollar Index towards 94.50/94.75 would be an ideal entry point for medium-term longs. However, given the strength of the breakout in the past couple of weeks, this entry may not even be possible now. Friday’s low at 95.50 is initial support.

EUR/USD is almost a mirror image of the Dollar Index. This means that Friday’s rebound high of 1.1375 leaves the initial resistance to watch around 1.1365/1.1385. We remain sellers into strength. Support around 1.1250 is fleeting and given the negative EUR factors now at play, a retest of 1.1100/1.1170 cannot be ruled out.

AUD/USD is another major pair that looks set to continue to track lower. The downtrend of the past three weeks is intact, where intraday rallies are sold into. The key near term resistance is 0.7275/0.7290. We see that despite a tick higher on AUD this morning, the move is barely impacting the chart and is likely to be used just as another chance to sell. We favour a test of 0.7170 and ultimately 0.7100.

There is one major currency that is still holding on to the potential for a near term recovery versus the USD. GBP/USD fell sharply on Friday as GBP suffered on a swing back towards the USD. However, whilst support at 1.3395/1.3405 remains intact there is still the potential for recovery. An uptrend of the past week is still uncertain but if the support of a higher low can hold even in the face of USD outperformance across major currencies, then this will encourage Cable bulls. Intraday charts show initial resistance at 1.3475 with 1.3513 increasingly important now.