The cross-asset impact as the Fed hikes rates by 75bps

The Federal Reserve is moving into an even more aggressive path of tightening monetary policy. Major markets are reacting to this. 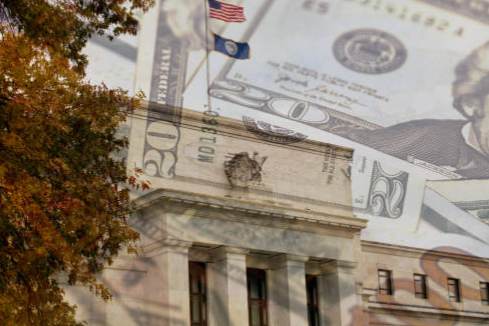 The Federal Reserve has hiked its Fed Funds rate by 75 basis points to now sit in a range between 1.50% to 1.75%. Although 50bps had been expected just a week ago, the surprise US inflation rise has ushered in a more aggressive tightening. This move had been touted earlier in the week and has now taken markets by too much surprise. However, as the dust is settling today, the sobering impact is that the move is risk negative but also USD supportive in the weeks to come. This will impact major asset classes

The highlights of the Fed decision

First of all, let’s take a quick look at some of the most important aspects of the Fed’s decisions taken for the June FOMC meeting.

Today, the Fed Funds rate is in a range of 1.50% to 1.75%. This time next year, the talk amongst market participants will be about when the Fed is going to cut rates, from what could be around 4.0% (if interest rate futures are anything to go by). Faster rate hikes drive economic activity down, requiring sooner rate cuts.

This chart from ING caught our eye. This is expected to be the most aggressive rate tightening cycle by the Fed since 1988.

Forex will be USD positive again

The initial reaction last night was odd, with a mild sense of relief from traders. The USD fell back. However, this move only seems to be short-lived. The USD is strengthening decisively once more today.

The eye-watering inflation of 2022 is having a key impact on major markets. As all these central banks move to increase interest rates (even the SNB has engaged a surprise 50 basis points hike this morning), fear levels are rising. This drives flow into not only the most highly liquid currencies (USD remains the reserve currency of the world) but also safe havens too. Add in the prospect of US interest rates upwards of 4% in the next six to nine months, once more the USD comes out on top.

This will retain broad support for the USD in the coming weeks. EUR/USD initially ticked higher yesterday (mostly on the potential for the ECB to move to alleviate core/periphery Eurozone bond yield spreads), however, the downside pressure has resumed this morning. The support of the May low (at 1.0350) and the January 2017 low (at 1.0325) is all that stands in the way of a decline to parity. Technical analysis points to a continued strategy of playing the downtrends and selling into strength.

In commodities, the outlook for Gold (XAUUSD) is also negative. Perhaps there is more of a supportive element for gold amidst the ongoing negative risk appetite. However, higher US bond yields and a stronger US dollar are key driving factors for a lower gold price.

Technicals again point to using strength as a chance to sell within the 4-month downtrend. The initial tick higher yesterday is starting to fade and we would be looking for a retest of $1805 and likely towards the May low at $1787.

Indices to remain under pressure

Finally, we look at the growing negative outlook on indices, especially Wall Street. The speed of the Fed tightening and the high inflationary environment leaves equities vulnerable. With such a large weighting in tech stocks, this leaves Wall Street, especially at risk of further correction.

The S&P 500 futures (SP500ft) have fallen sharply in the past week. Smashing below support at 3807 (the old May low) the market is trading at 16-month lows. An initial rebound into the close last night has not encouraged buyers, it has only been used as a chance to sell today. The next support is at 3720 but an unwind into the next important band of support 3180/3585 could now be the next move. The negative configuration of momentum and that rallies are still being used as a chance to sell suggest that the sell-off is not done yet.