The bulls are losing control of major commodities

A report that looks into the technical analysis outlook for major commodities, including Gold, Silver, Copper and Brent Crude oil. Previous bullish uptrends are giving way to more ranging phases. We are not turning bearish yet though. 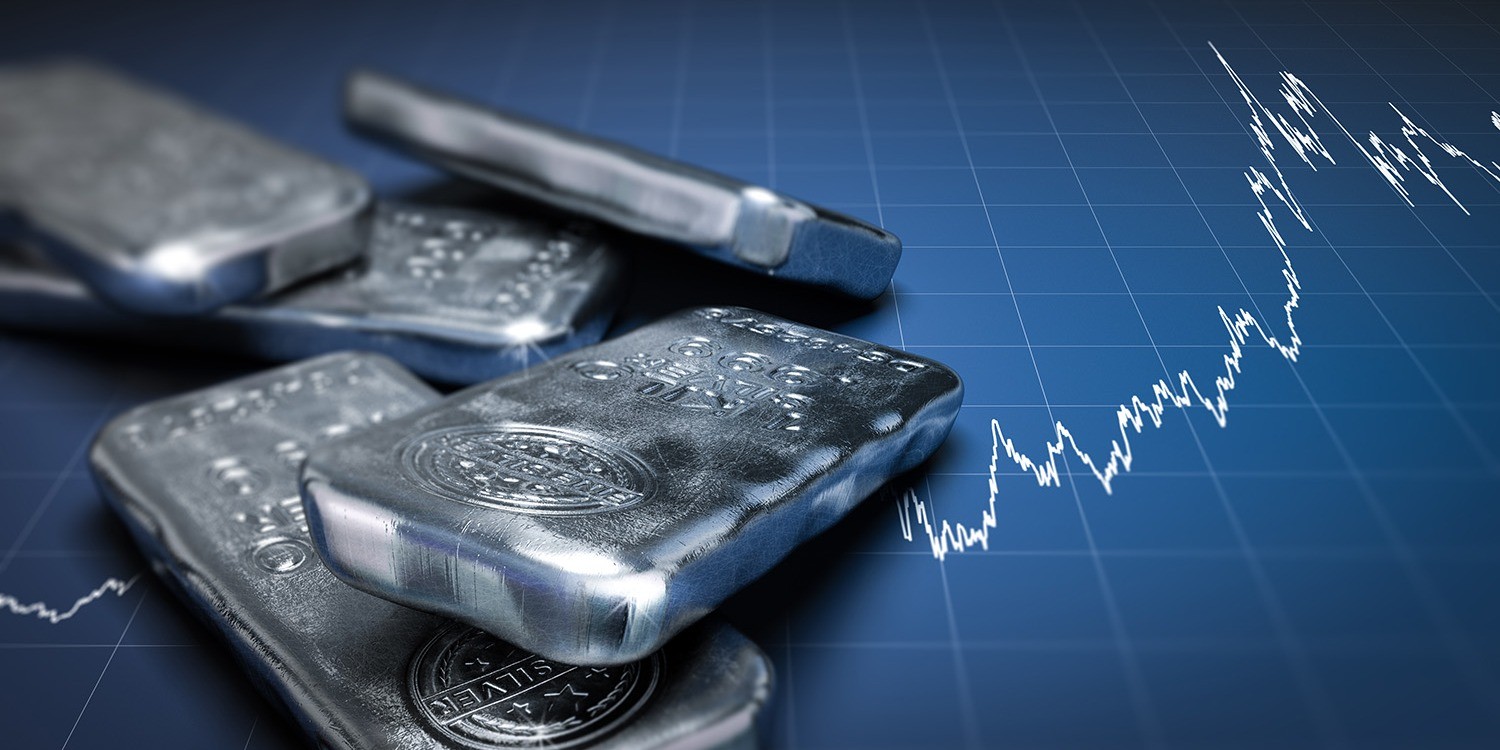 Assessing the technical analysis of major commodities suggests the positive outlook is beginning to turn a little sour. Medium-term uptrends are being broken and in some instances, the outlook is turning corrective. There is, however, one notable exception, with the oil price continuing to run higher. But can this continue?

After failing once more above $1900 on Friday, a sharp decline has set in for Gold (MT5 code: XAUUSD). With two successive bear candles (something not seen for the past 7 weeks), the 10 week uptrend has been broken.

Just because an uptrend is broken, it does not necessarily result in an ongoing decline. It could just be part of a consolidation phase. This is why the support at $1855 is key. If the price now begins to close consistently below $1855 then a new phase of lower highs and lower lows would be confirming. This could then turn into a deeper correction into $1809/$1830.

The key could be in momentum, with the Relative Strength Index (RSI) which has just unwound towards 50. For now, this is still just an unwind, but moving decisively and consistently below 50 on the 14 day RSI would suggest more corrective momentum forming. This is, therefore, an important phase for the outlook.

Silver has lost its bull trend but is ranging for now

The outlook for Silver (MT5 code: XAGUSD) looks to be a little more settled for now. The uptrend has been broken too, but there is a far more defined range formation. Support around $27.00 is the downside range position, up towards resistance $28.20/$28.75. 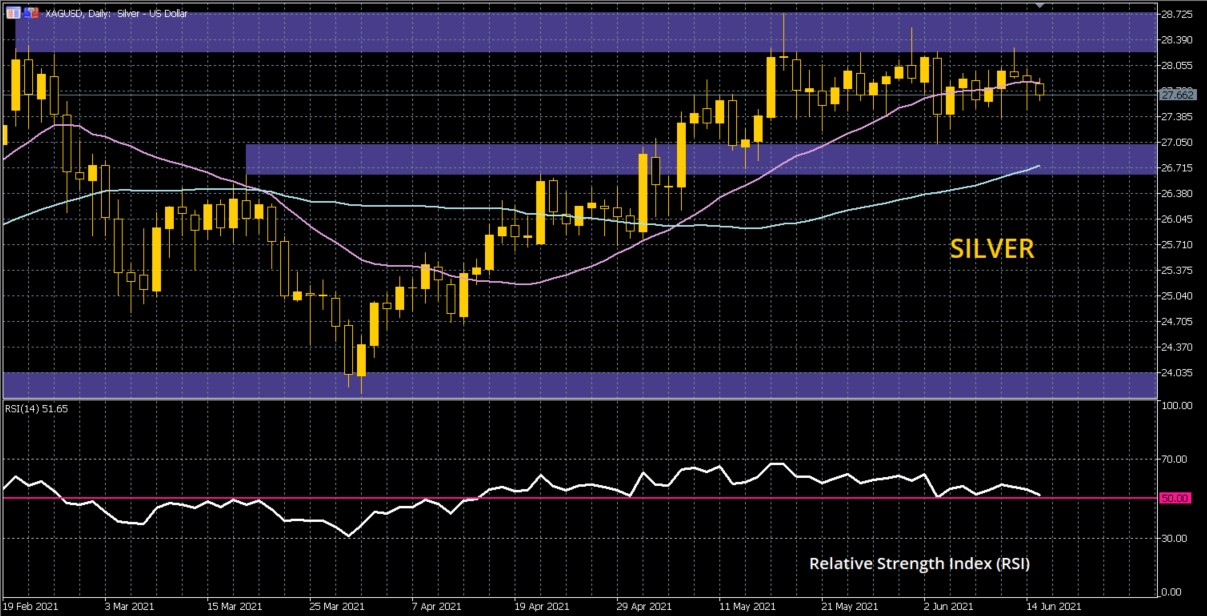 Looking at the benign RSI configuration, this is a consolidation. We would favour buying into weakness towards $27.00/$27.40 support area for tests of $28.00 and above.

There is one other interesting technical note, in that the Bollinger Bands have tightened significantly recently. Often this will happen just before the next big move in price (which could be either higher or lower). So we could be in for some fireworks on Silver in the coming days/weeks.

A correction is accelerating on Copper

Having rallied enormously over recent months, Copper (MT5 code: Copper) has been falling consistently over the past few weeks. This unwinding move has taken a step forward in the past few hours, now down over -3% today.

This move is not only to a six week low but is also now under the rising 55 day moving average (currently $4.42). The 55 dma has been an excellent basis of support for the bulls all the way through the trend higher. A decisive breach is a concern.

A close under $4.35 (the old key February high) could open a deeper correction into the belly of the support around $4.17.

However, the RSI is falling into the 30s and at levels not seen since April 2020. This is a move that really needs to be considered carefully. Resistance is building at $4.42/$4.58.

Can oil continue to run higher?

Considering all the corrective moves that are either threatening or have taken hold, the continued bull run on oil is remarkable. Brent Crude oil (MT5 code: UKOUSD) has posted 14 positive sessions in the past 17. The bull run higher within the three month uptrend channel just continues. There is little on daily or hourly charts to suggest any loss of momentum and the outlook remains strong.

The only caveat is that the RSI is into the high 60s which could limit immediate upside potential. Also on the longer-term chart, resistance from April/May 2019 comes in at $73.60/$75.70.Three previous rallies have also begun to falter around the $72.50 area.

Can the bulls push through this resistance? With the faltering of bull runs across other commodities, we are increasingly cautious of chasing Brent Crude higher. We prefer to buy into supported weakness into the $70.4/$72.00 band.

Commodities are increasingly rolling over and either ranging or turning corrective. For now, we still see any downside as near term moves and a likely chance to buy once more. As ever though, the corrective signals need to be watched closely.