The Bank of England hikes by 25bps as expected

The Bank of England has joined other major central banks in hiking today. However, unlike others, the move is seen as bordering on a dovish disappointment. 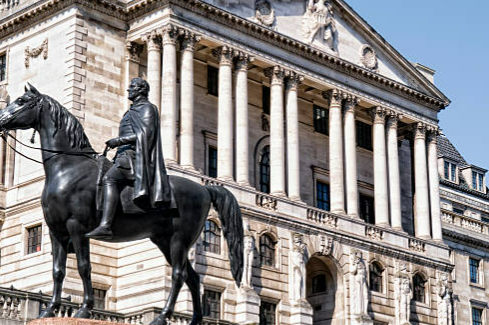 Bank of England hikes by 25bps

The Bank of England has increased the Base Rate by another +25 basis points (bps). The rate is now at 1.25% and this is the fifth meeting in a row where a rate hike has been made. This has brought the interest rate to its highest level in 13 years.

The decision to hike rates was unanimous amongst the voting members of the Monetary Policy Committee. However, there was a split on the MPC when looking for a larger rate hike. 3 of the 9 voters on the MPC were looking for an increase of 50bps to 1.50%. Catherine Mann, Michael Saunders and Jonathan Haskell are all external members and are already seen as the most hawkish on the MPC. These are the same three that voted for a 50bps hike in May. However, that there was not a fourth (arguably Dave Ramsden) joining them might be seen as a little disappointing.

The move to increase interest rates is driven by the continued sharp move higher in levels of inflation. The UK headline CPI is currently at 9% and the Bank of England expects this to increase to 11% in October (when another increase to the energy price cap is expected). The BoE continues to believe that inflation will “dissipate over time”.

However, the BoE is raising rates in the face of what is expected to be a GDP decline for Q2 as a whole. Staff estimates expect GDP to fall by -0.3%, which is lower than was expected at the last meeting.

Despite its remit to control inflation, this is not a normal situation. It seems that the MPC sees itself in dealing with a delicate balancing act:

… but this has disappointed

However, looking at how other central banks are moving, it is clear that the BoE is stuck between a rock and a hard place. The Fed hiked by 75bps yesterday, the erstwhile uber-dovish ECB is getting ready to hike, whilst even the SNB hiked by 50bps today.

Markets will look at 25bps hikes (to just 1.25%) when inflation is set to move into double digits and think that more could be done.

Opting for another 25bps hike today suggests that these small moves are the extent of what the BoE is set to do. There is no explicit guidance on further rate hikes, only that it will “act forcefully” if inflation proves to be persistent.

This is arguably dovish and will question just how many further rate hikes the BoE will fit in. Suggestion from analysts suggests perhaps two or three more 25bps hikes could be the limit.

GBP saw some initial selling pressure before that move has subsequently unwound. Looking at the charts of GBP against the euro and US dollar, these moves are now settling down.

GBP fell instantly on major forex. GBP/USD fell by as much as -130 pips, whilst EUR/GBP moved +80 pips higher. However, these moves have entirely reversed. There was also a rally on FTSE 100 which has also entirely unwound.

However, if GBP can sustain support and potentially build a recovery, there is scope for an interesting reversal pattern building on GBP/USD. On a 1-hour chart basis, there is a potential head and shoulders base pattern that would complete on a move above 1.2207. A decisive move above here would imply potentially +270 pips of further recovery.