S&P futures hint at profit-taking as opportunities lie ahead

After such a strong run higher, the chart of S&amp;P 500 futures is beginning to wane slightly. We believe that this will present some trading opportunities for both short and medium-term traders. 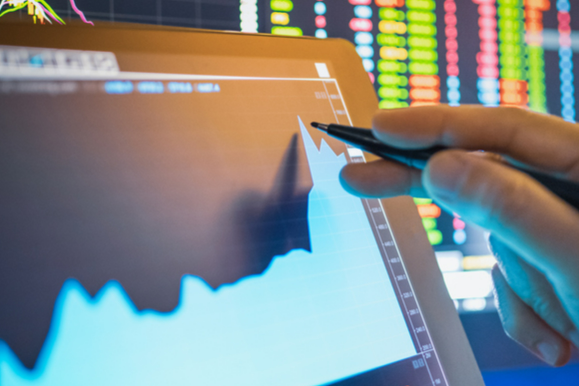 Indices have had a huge run higher in the past four weeks. However, the first real signs of profit-taking are now showing. This means that there could now be some opportunities for both short and medium-term traders in the sessions ahead.

After such a strong run higher, the signs are growing that Wall Street may be getting ready for a pullback. Although we would only see this as a near-term move (and an opportunity to buy) this profit-taking certainly has the potential to impact long positions.

Just in the past few sessions, we have noticed that the VIX volatility index (measures the volatility of pricing for S&P 500 options) has moved to a four-week high. This move is only minor right now, but volatility has noticeably increased. This suggests that more traders are moving to buy put options (which profit from the index falling). It is a sign that the smart money thinks that a pullback on the S&P 500 may be coming and they want to be covered.

A stretched index is ripe for a pullback

We can also add in the RSI now pulling back from the highest level since September 2020. This is a market that has become stretched and an unwinding move is now due.

The potential for profit-taking is growing

The 4-hour chart shows the market now consolidating in a move that could turn corrective. Yesterday’s session was the first in nine sessions where the market closed lower. The signs are mounting.

A four-week uptrend has been broken. This move lower has come with a decline below the 21 periods moving average, which has been supportive for much of the uptrend. The moving average is also flattening off. There is also now a near-term pivot at 4678 which has become a basis of resistance. We will be watching the initial support at 4658, as a breach would continue the build-up of near-term lower highs and lower lows.

We would not be looking for much of a correction if it sets in. The longer-term chart shows the 55-day moving average at 4483 currently, however, the move may not even get that far. There is key breakout support around 4550, whilst the. The 4-hour chart shows support in the band 4550/4590.

We would see opportunities for near-term short positions to take advantage of potential profit-taking. However, we remain bullish in the medium-term outlook for Wall Street. We believe that a pullback would therefore be an opportunity to open medium-term long positions once the support begins to build again.