Rebounds falter on uncertainty of Omicron and central banks

The glass appears to be half empty for equity markets right now. Fears over the spread of Omicron and the upcoming central bank decisions are leaving traders on edge again. 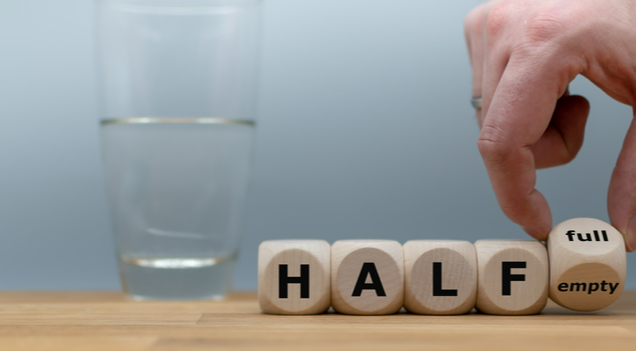 Across major markets, there was a sense that markets were beginning to look past Omicron as a risk factor. However, this seems to have been a false dawn. Infection rates are rising fast and countries are responding with social restrictions. This is all coming ahead of a string of major central bank announcements. The uncertainty that this is creating for traders is resulting in corrective momentum weighing on indices once more. Until there is a shift in the narrative, it appears that the glass is half empty for now.

Cases of the Omicron variant are taking hold. There is a rapid spread of the virus in the UK with infection numbers spreading much faster than the delta variant. doubling every two or three days.

There is a suggestion from data out of South Africa that the illness is less severe, however, with case numbers increasing at an alarming pace, there is still likely to be added pressure on hospitals. Furthermore, social restrictions are being increased. The fears of another wave of COVID spread are already high in Europe.

It appears that this is enough to create fear in the minds of traders once more. Having fallen sharply in the past week, the VIX Index (measuring S&P 500 options volatility) has started to rise once more.

If the VIX continues to rise, the equity markets will likely come under renewed corrective pressure.

The anticipation and uncertainty surrounding the central bank meetings that are stacked at the end of this week will also be playing a role. Markets are expecting the Fed to confirm it is increasingly hawkish. This is likely to include accelerating its taper to -$30bn per month and also could include more hawkish “dot plots” (interest rate increases sooner).

With the spread of Omicron and the likelihood of a more hawkish Fed, this is leaving the “glass half empty” for traders.

European markets were relatively upbeat yesterday until Wall Street entered the fray. Selling pressure drove markets lower and this sell into strength attitude has continued today. Early gains have been whittled away as we approach the US session.

This has come with US futures falling back and European markets trading towards session lows. There is now the prospect of forming lower highs and the recovery turning sour.

We see with the S&P 500 futures (MT5 code: SP500ft) that another rejection in the 4711/4740 resistance area has induced a corrective move. This is the seventh session this failure has occurred in the past six weeks. Given the strength of the recovery momentum over the past two weeks, this is concerning.

It is concerning especially for the near term outlook, with the move below support at 4650/4670. Momentum on the four-hour chart has deteriorated and there is a risk now that 4650/4670 now becomes resistance in a corrective move back towards 45885/4610.

The German DAX (MT5 code: GER30) has been unable to stoke the fire of recovery once more after last week’s slip back. It looked as though momentum was building again, but this move was scuppered yesterday. The market is now left with a string of negative biased daily candlesticks. This points to a failure of the bulls to get control across a session. For now, the support band 15,510/15,600 is still seen as a basis to buy. However, the downside risks are growing.