Equity markets are particularly at risk amid an escalation in the Ukrainian conflict. However, there will come a time to buy. 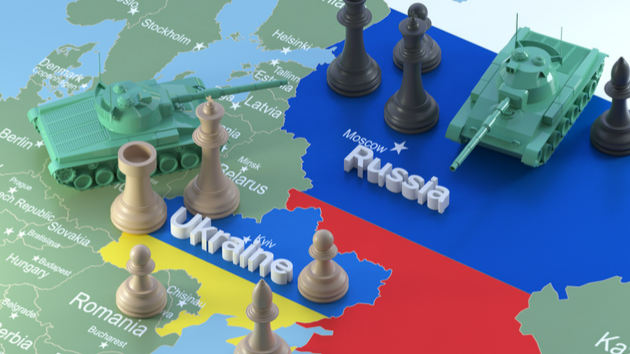 Indices have had a rough time of it so far during 2022. They started the year with a fearful reaction to the more aggressive expectations of the Federal Reserve’s monetary policy. However, there has been another factor at play that has ramped up in recent weeks. The geopolitical risk of conflict in Ukraine. This risk was ratcheted up even more on Monday as Russian President Putin confirmed that Russia would recognize two regions of Ukraine as being independent. The inference from this is that it is a pretext for an invasion of Ukraine. However, this remains a highly charged situation and with volatility elevated even minor announcements are throwing markets around.

Indices have been under selling pressure for almost all of 2022. This is especially the case with Wall Street. The prospect of higher interest rates has hit the tech giants of the NASDAQ. The heavyweight of these growth stocks has subsequently weighed on the S&P 500. The Dow has been less negatively impacted but is also still lower.

Over in Europe, the situation is a little different. The two main indices we follow are the German DAX (an export-heavy, mainly growth index) has been dragged lower, whilst the UK’s FTSE 100 (mainly packed with value stocks) has significantly outperformed.

The performance had looked to stabilize around the end of January, but February has brought with it another bout of selling pressure on Wall Street. The DAX has been especially impacted by the escalation of the Russia/Ukraine conflict, due to the negative implications for exports to Russia and energy dependence.

NASDAQ and DAX breaking down

We have seen decisive downside moves on both the NASDAQ and the German DAX in the past 24 hours.

The NASDAQ 100 futures (MT5 code: NAS100ft) has breached the support of the January reaction low around 13,700. However, this only confirms the deterioration that had already been underway following January’s breach of 14,365. The market is now trading around 8-month lows. There is now a key downtrend which is falling around 14,600 but means that 14,350/14,600 is a key resistance area now.

However, on a technical basis, the most worrying chart (from a bullish perspective) is the German DAX. For almost a year the market had continually found willing buyers around the 14,810/15,000 area. This area of support was smashed yesterday. Although there has been a technical rally this morning, this area is now a zone of key overhead supply. There are now months of stale bulls (buyers) who are now sitting on losses. How they react to this technical rally will be crucial for the near to medium-term outlook.

Buying into the weakness?

These selling phases on the geopolitical news could also come with opportunities. Markets tend to be very quick to price in the risk of war. Moves can be sharp, but they also tend to be quick.

Here are some charts (courtesy of Nicola Duke, a trader we follow on social media) which show that initial downside moves on the S&P 500 through various war scenarios often mark key lows before gains in the coming months.

We have seen an initial rebound on indices this morning. According to Russian news agency Interfax, the Russian Foreign Ministry has said: “Russia recognizes breakaway Ukrainian republics within borders that they currently control”. If this is true then it would suggest that Russia may not steamroll through Ukraine.

However, over recent weeks, the good news (on preventing war) has been short-lived. We remain very cautious of chasing indices higher in a recovery move. As we showed earlier key downtrends have formed and on a technical basis, these moves are just unwinding within bear trends.

Furthermore, President Putin and the Russians have shown little evidence of taking a step back so far. Subsequently, it is likely that we have not seen the nadir of this conflict yet. Whilst we believe that the weakness will prove to be a medium to a longer-term buying opportunity, the potential for further near-term downside is high still.