Price action is probably one of the most challenging and profitable techniques when trading in the financial market. Read the article for a detailed explanation of all the basic concepts of price action. 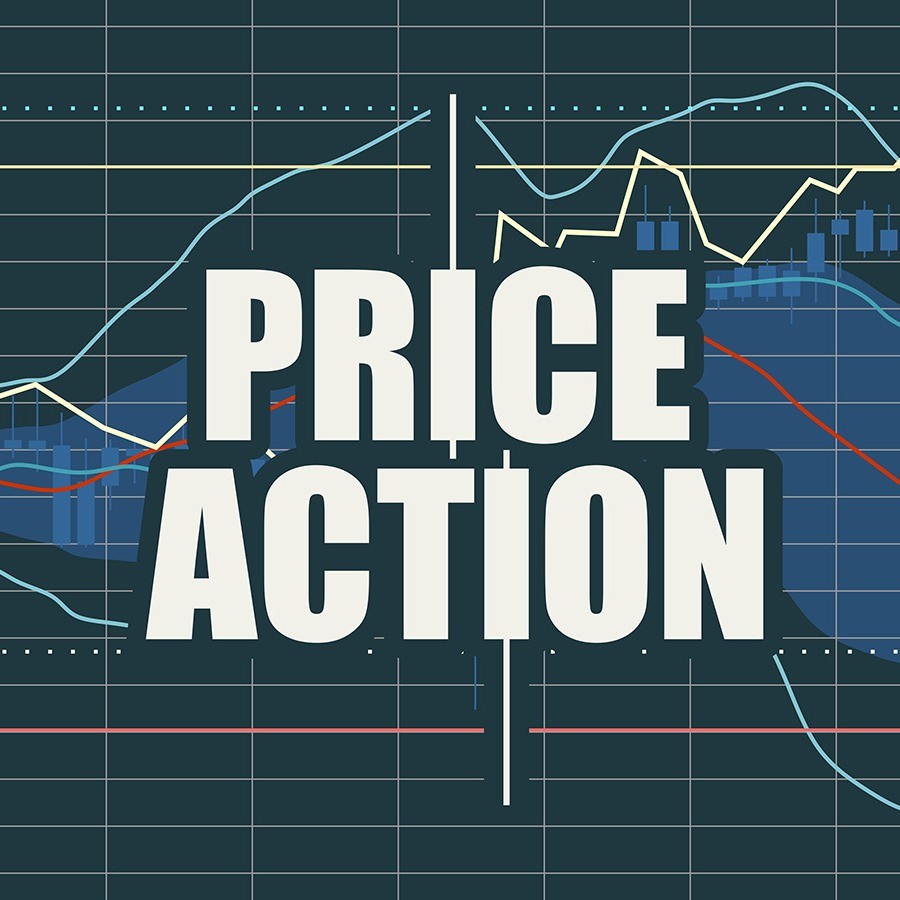 Among the various techniques for trading in the financial market, one of them is Price Action, which is probably the most challenging and profitable technique. This model is based on price dynamics, identifying market behavior, and using chart patterns to define entries. Patterns are drawn by looking at the chart without any indicators, this technique is known as “Naked Trading”. One of the most commonly used strategies for trading Price Action is the Support and Resistance model.

The support and resistance, or S&R, identifies areas where price has reacted in the past and there may be high chances of rejection in the future. In other words, they are regions where a given asset has difficulty to overcome, either down with the supports or up with the resistances.

Support is the region where buyer buying demand is higher than selling demand and strong enough to “hold” prices above a certain level. It’s basically a barrier that prevents prices from falling. The strength of support is measured by the number of tests in the region, the more often prices have reversed on the support, the stronger it is and the greater the probability of rejection.

It’s considered a buying strategy, the definition of the regions is made visually and analytically, it’s observed where there was price rejection and a line is drawn with as many "touches" as possible. In the example below, we can see 4 touches on the support line holding prices above 1,13110.

Contrary to support, resistance is the region where the seller's demand is higher than the buyer's demand and strong enough to “hold” prices below a certain level. It’s a barrier that prevents the rise of prices. Resistance strength is also measured by the number of tests in the region, the more often prices have reversed in resistance, the stronger it will be and the greater the probability of rejection.

It’s considered a selling strategy, the definition of the regions is made visually and analytically, it’s observed where prices were rejected and a line is drawn with as many "touches" as possible. In the example below, we can see 3 touches on the line that holds prices below 1.13220.

When a support or resistance fails its rejection test, a breakout occurs. Usually,, after a breakout, there is a large volume of trading, which can push prices down or up in a strong movement. But why does the volume increase considerably during these events?

One reason is that many trades position their stop just above/below these levels, so in the event of a breakout, the stops are triggered and help push the price in the direction of the current movement. Added to this, traders with the breakout strategy, knowing a big movement that is coming, enter the trade generating even more force to the movement.

For example, in the chart below we can see the level of 0.84300 shifting from resistance to support. This is because when the price of the asset began to rise, the late investor sees the upward movement and all the profit he is losing from not entering the trade. This investor is hoping for a fall in prices and a second buy opportunity.

As soon as prices reach this level he enters long, reinforcing the new support (former resistance). The investor who entered the market with the breakout, sees prices rising very strongly and psychologically do not believe why they did not enter a larger position, they just look at the profit they are leaving on the table. He also hopes for a second entry opportunity to boost his profit. This trader, seeing the price reaching the same level where he made the first purchase, increases his exposure generating volume in the upward direction. This increase in volume and change of opinion of the trades generate the reversal.

Having defined the most important levels of support, the main strategy is to buy as close as possible to this level. You can position stop loss just below and take profit near resistance above.

Analogous to support, the strategy for resistance is to open a short trade as close to this level as possible with Stop Loss just above and Take Profit on the support below.

In the same chart above, just after the breakout of support, prices tested resistance for a reversal of movement. Entry at this level could be done as shown below.

They are graphic elements for price representation that resemble candles, hence the name candlestick. Candlestick was developed by the Japanese in the eighteenth century to analyze the prices of rice futures contracts.

The main purpose of candles is to predict changes in the price movements of an asset to identify the best buy or sell opportunities.

Candles represent the variation of prices over a given period and are formed by a body, upper shadow, and lower shadow. Commonly differentiated by color, the candle indicates the opening price, ie the asset value at time zero and the closing indicates the price of this asset after a specified period. The shadows, represented by the thin lines, indicate the price oscillation between the opening and closing moment of the candle. If the closing occurs above the entry price, it’s called a bullish candlestick and is usually drawn in green. The red candle shows that the closing price was lower than the opening price, also known as the bearish candle.

From the dozens of candlestick patterns, we select the most commonly used by traders, which are Hammers, Engulfing, Resistance, and Dojis.

The hammer and inverted hammer have as their main feature a shadow at least 3 times larger than the body. Represented by the figure below, it is considered a reversal pattern as it shows the changing sentiment of buyers and sellers within the life of the candle.

Another pattern well known to Traders is the bearish and bullish Engulfing. It is a pattern represented by two candles, where the second one completely engulfs the first with a large body candle caused by a large volume of trades.

Doji is considered an indecision candle. Its main feature is the formation of a shadowy and disembodied pattern. The closing price is equal to or very close to the opening price. As a sign of indecision, the break of the high or low shows where demand for offers is strongest.

Application of Candles with Supports and Resistance

One of the most commonly used ways of candlesticks is to match the input signal with the support and resistance levels. In the example below prices, test resistance, and an inverted hammer is formed as a sign of reversal. The short entry at the break of the hammers, low and immediately after the price began the strong downward movement.

The formation of Engulfing shows the price rejection happening twice on the same support. The buyers in this example had two good entry opportunities before the bullish movement and profit on the transaction.

Japanese candlesticks are a strong decision tool and when combined with other strategies can provide trades high probability signals. Candles can be combined with supports, resistances, Fibonacci levels and various trend indicators. However, this powerful tool, like any other strategy, will not provide 100% accuracy. Risk management and proper strategy execution are essential for success in this market.