Precious metals have fallen in recent weeks, hit by the incessant dollar strength. They are now back at some crucial inflection points. 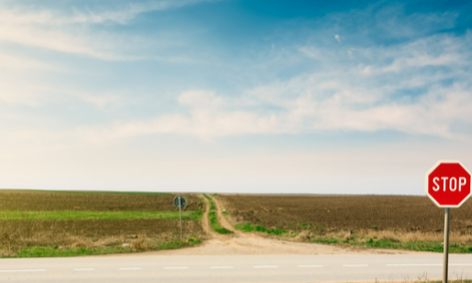 Precious metals have retreated decisively in the past month. Having initially soared on the breakout of the war in Ukraine, the performance of metals has turned sharply lower. This move lower is still playing out, however, recent moves have reached key inflection points for some metals such as gold and platinum. Silver is also at a crucial level, but the outlook is increasingly worrying. How markets react over the coming sessions will give a key indication of the lasting outlook.

A stronger US dollar is negative for metals that are priced in dollars. A stronger dollar means that the metals do not cost so much to buy, so the price falls.

We can see that there is a strong negative correlation between the USD performance and that of precious metals.

The correlation with gold wavered during the early weeks of the war (with gold acting as a safe haven), but this has now reversed and the traditional strong negative correlation is back in play.

We can see this also on silver too.

Subsequently, if the USD continues to strengthen, this will weigh on the prices of precious metals. At the moment, the USD strength remains firmly on track.

Performance charts show a split amongst the metals.

Precious metals have not been able to act as safe-haven trades in recent weeks. As previously discussed, there has been an ongoing impact from the incredible US dollar strength that has weighed on metals prices.

However, metals linked to global economic growth are also struggling. The outlook for global economic growth is being reined in. Markets are reacting to the impact of aggressive monetary policy tightening in the US and the pursuit of a zero-COVID strategy in China. Subsequently, anything tied to the economic cycle is suffering.

We see this on the performance chart that Palladium and Silver have been under significant selling pressure in recent weeks. These continue to underperform metals such as gold and platinum that are less aligned to the global economic outlook.

Digging deeper into the drivers of precious metals (especially gold), we see that “real” bond yields are also a factor. Real yields are effectively interest rates minus inflation (i.e. the real rate of return). Inflation expectations have stopped rising in recent weeks and started to fall. Coming at the same time that US nominal bond yields have been shooting higher, this has pulled “real” bond yields on the US 10 year above zero.

However, we have also seen signs of US bond yields falling over in recent sessions, and the real yield has turned lower. There is a strong negative correlation between real yields and the gold price. If real yields have stopped rising (and potentially begin to track lower) then this could be supportive for gold.

In recent weeks, Gold (MT5 code: XAUUSD) has unwound back to a key long-term support area. The breakout band of old highs between $1830/$1850 from H2 2021 is supportive, along with that of what is now a three-year primary uptrend (today around $1826). This support area holding would be a positive medium to longer-term indication for gold.

We have also seen that the performance of Platinum (MT5 code: XPTUSD) has been solid in the past month. Holding the huge long-term support band between $884/$905 has been an important boost for the bulls. However, the market is now testing important resistance of pivot band between $985/$1000. Given the improving performance in the face of consistent USD strength, if the buyers can push the market to close decisively above $1000 this would be a strong positive signal for further gains on Platinum.

Silver is teetering on the brink

However, finally, we have Silver (MT5 code: XAGUSD) which is sitting precariously around a crucial support level. The key low at $21.40 was breached on Tuesday and the market is again below there this morning.

Looking at the weekly chart, we can see the implications of a confirmed breakdown. There is very little support until the old 2019 breakout levels of 2019 at $18.90/$19.60. Already there are signs of overhead supply between $21.40/$22.00 forming and consistent closing under $21.40 would likely see market participants shifting their expectations of the outlook. Selling into near-term strength would become the dominant strategy.