Precious metals moving lower would be a key sentiment signal

Precious metals have been performing strongly in recent weeks. We look for any potential signs of correction that would likely coincide with any improvement in broad market sentiment. 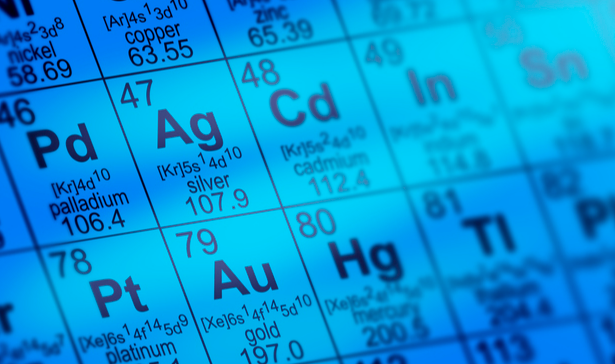 Commodities have been strong throughout 2022

Across the broad commodities asset class, performance has been excellent since the turn of the year. At the top of the table, we see palladium and Brent Crude oil, whilst Platinum is also performing very well still. A little less impressive come the performances of gold, silver, and copper.

However, if you drill in a bit further, to look at the one-month performance and we can see a very different picture.

Firstly, there are question marks over the performance of palladium. A spike higher in late January accounts for all of the outperformance. The price has been sideways in the past three weeks. Metals such as platinum, gold, and silver have been strong over the past one to two weeks. This suggests that their performance is largely attributed to the geopolitical risk that has dominated market moves during that time.

It is likely therefore that the performance of precious metals would likely reverse as and when there is a reduction of geopolitical risk. Looking for reversal signals on precious metals could be taken as a broader signal for improving sentiment across major markets.

Gold and silver are off their highs, but no reversal yet

We have seen the prices of both gold and silver off their respective rebound highs of $1914 and $24.36. However, it is only gold that is showing a potential sign of reversal.

The 4-hour chart on Gold (MT5 code: XAUUSD) shows support at $1886 and the 21-period moving average turning lower. If the Relative Strength Index (RSI) falls decisively below 50, then this is also a reversal signal. Below $1886 would complete a small top and imply c. -$28 towards $1858. This would only be a near-term move at this stage, but the implications of a key reversal on gold would point to bigger-picture improvements in sentiment for major markets.

Silver (MT5 code: XAGUSD) still looks solid in its uptrend on a technical basis. The 4-hour chart shows this position well. Unwinding moves towards 40/50 on the RSI have been used as a chance to buy during this trend higher in the past three weeks. For any signs of reversal we would be looking for:

The charts of platinum and palladium have both been trending higher since mid-December. Furthermore, both are holding up well around recent breakout supports. On a technical basis, we see corrective moves as unlikely at this stage.

Palladium (MT5 code: XPDUSD) shot higher in mid-January through the key resistance at $2210 and this has now become a basis of support in a near-term trading range between $2173/$2450. A two-month uptrend flanks the run higher at $2213 currently, and momentum is still positively configured despite the recent consolidation range.

There is little to suggest any signs of reversal. Potential early warnings of pressure building up would come with a move below $2282, but only a close below $2173 would be a decisive signal. This would complete a top pattern and imply c. -$275 of additional downside.

Platinum (MT5 code: XPTUSD) has also been running up an uptrend since mid-December. The breakout above $1063 has taken the next step forward in this move. However, Platinum has also given the first potentially corrective signal. A “bearish engulfing” candle (also a bearish key one-day reversal bar) formed on Friday. The market has been gradually ticking higher since, but the corrective implications of this candle are still live (with the resistance at $1097).

This could be important as not only did the reversal candle come with the RSI peaking above 70 (a basic sell signal) but the November rebound high also came with a bearish engulfing candle. For now, the support at $1055 is holding, but a move below that would begin to increase corrective momentum.