Positioning on major forex is increasingly a “fear trade”

High volatility is pushing traders into safe-haven positions. The US dollar and Japanese yen are strong performers, at the expense of higher risk plays. 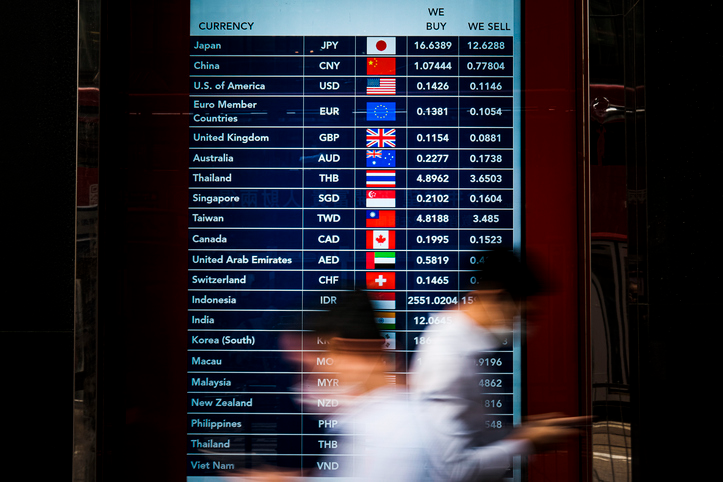 It is becoming apparent that a fear trade has taken hold of major forex. The fear of inflation and how tied are the hands of central banks in dealing with it. This continues to generate outperformance of the US dollar (USD) along with what is also a favouring of the Japanese yen (JPY). It also comes amidst the underperformance of the British pound (GBP) and also the Euro (EUR).

Markets are increasingly worried over the economic implications of high inflation and decelerating (or perhaps negative) growth. The economic term for this is stagflation (a combination of the two words stagnation and inflation).

Can central banks really tighten monetary policy (to fight inflation) as aggressively as markets have come to expect? Perhaps the Fed can (Fed chair Powell talked about the US economy is relatively insulated from the Ukraine war) and markets believe that the US economy is still in a decent position to outperform. This is especially when measured against the UK and Eurozone.

We have seen significant increases in cross-asset volatility once more. Bond market volatility (as measured by the ICE Bank of America Merrill Lynch MOVE Index) is again spiking higher. High bond volatility tends to mean that market participants trade on fear. Markets tend to be more fearful when bond markets swing around a lot. We have also seen forex volatility rising once more. This will also be playing into a more fearful mindset for traders. Looking at the performance relative to the USD in the past month, we see that every single major currency is underperforming.

It is interesting to see that GBP, AUD and NZD are all considered to be a higher risk (amongst major currencies at least) and all have fallen sharply in the past week. Also in the past week, we are seeing the Japanese yen (considered a key safe-haven currency) beginning to see performance picking up.

In the past month, there has been a decisive shift into the USD. Two pairs that have been significantly impacted by this are EUR/USD and GBP/USD.

EUR/USD has broken below support at 1.0800 and subsequently 1.0750 to trade at levels not seen since February 2020. The key reaction low at 1.0635 is now under threat. We would see any near term technical rallies as a chance to sell for what we see as continued downside. A breach of 1.0635 would open the crucial 2016 lows of 1.0500 and 1.0325. It will be interesting to watch the growth and inflation data for both the US and Eurozone this week, but we would expect to see any recovery strength as short-lived. We see 1.0750/1.0800 as a key area of overhead supply GBP/USD is also on a path lower. Cable has barely looked back since breaking below 1.3000 and has today breached the support of the September 2020 low at 1.2675. This has opened the next support around 1.2500 and then 1.2250. Momentum is extremely negative now and given the rate of the decline, support is hard to come by for now. However, we would still be looking to use any intraday and near term strength as a chance to sell. The old support around 1.2970/1.3000 is the key resistance for any recovery now. One pair that is not entirely aligned to USD strength, for now, is USD/JPY. The yen is a safe haven trade and with the US 10 year yield in decline, this is weighing on USD/JPY (which has a strong positive correlation with yields).

We have now seen a decisive move below support at 127.25 today, along with a broken 10-week uptrend. Given our outlook for USD outperformance, we are unsure as to how deep a correction might be on this pair, especially as moves have been choppy in the past week. A small top pattern does imply 125.80 whilst the next support is at 126.30. However, any move lower may be choppy rather than a straight line. One caveat for USD longs

We will just end on one small caveat for the long USD positioning. An upside breakout target has now been reached.

When the Dollar Index (DXY) broke out in April, there was a 100% Fibonacci projection target of 101.97. This was derived from the February rally from 95.17 up to 99.41 projected higher from the 97.68 April reaction low. This was effectively a “falling wedge pattern” or flag breakout. However, whatever the technical pattern is called, it implied an upside target of 101.97. This target has been hit today. It is notable how well the DXY price has moved around the Fibonacci projection levels of this pattern over the past 10 weeks. Turning points have been seen at the 76.4% Fib projection and the 50% Fib projection.