Sanctions on Russian oil exports have been driving the oil price higher again. However, the prospect of OPEC increasing supplies has the potential to cap the rally. 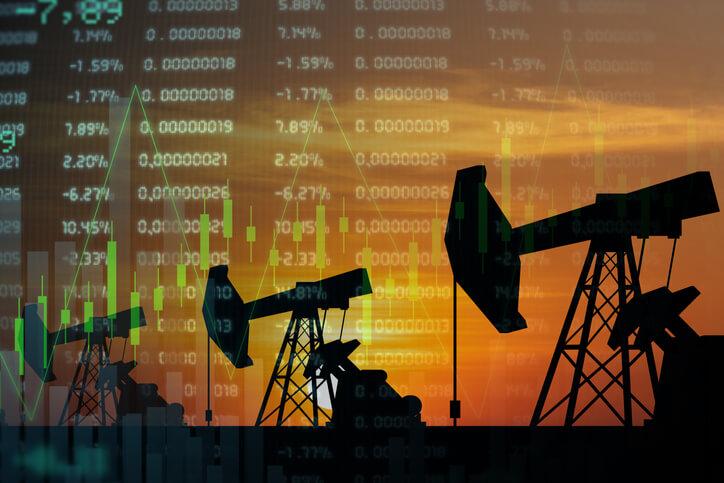 Since breaking decisively above $116 last week, Brent Crude Oil has been driving higher towards a test of the March highs of $124.40. However, this move has been stopped in its tracks. Oil has been increasingly reactive to fundamental shifts in the outlook for supply in recent days. Although the technical trends are positive on oil once more, how OPEC responds to the Russian oil sanctions could be a fly in the ointment for the bulls.

Russian oil production fell sharply in April, May data will be key

Russian oil production has fallen sharply since the invasion of Ukraine. A combination of sanctions and the struggles to export crude has resulted in a decline of over c. -9% in production. According to OPEC data, production was down -860,000 barrels per day in April.

Notably, this means that Russia is significantly missing its targets derived in an agreement with the OPEC+ countries to gradually increase production as the global supply copes with coming out of the pandemic. Russia has missed its quota by around 1.28m barrels. Even though OECD countries have tried to mitigate this loss of production by draining oil inventory reserves, this removal of Russian production and the prospect of further oil sanctions has been a significant supportive element to the oil price in recent weeks.

The EU has taken the next step in ratcheting up the pressure in its sanctions on Russia in the wake of its invasion of Ukraine. On Monday 30th May it was announced by EU Council President Michel that the EU had agreed to ban seaborne oil exports from Russia. This accounts for around two-thirds of the oil imported from Russia. The EU will also be working towards cutting pipeline imports, with a target of banning 90% of total Russian oil imports by the end of 2022.

This is big for Russia as the EU has historically taken almost 30% of its oil exports (according to data from 2021). The issue beyond that is whether countries such as China and India could/would pick up the shortfall in taking Russian supply.

OPEC production could be set to rise

However, there is also another angle to this. There are now discussions taking place between OPEC members over potentially suspending Russia from the OPEC+ agreement which is currently to increase output targets by 432,000 barrels per day every month until the end of September.

The big players in this move would be Saudi Arabia, the UAE and potentially other OPEC members such as Iraq. Exactly how much these countries can increase production is questionable, however, if there are notable increases then it certainly has the potential to weigh on prices.

What does this mean for the oil price?

If OPEC countries do increase production then it would be negative for the oil price. This now has the potential to be a news trading market, where traders react to the headline, especially if Russia is formally suspended/exempt from the OPEC+ production quotas.

For the price of Brent Crude oil (UKOUSD), it means that there could be a cap on the recent rally, with gains limited over the coming weeks. We recently saw a run-up to hit resistance around $123/$124. The top came as the reports of the OPEC discussions hit the market. This could now prove to be a near to medium-term resistance. It may subsequently mean the market moves into a broad trading range between the support at $97/$100 and the resistance around $123/$124. For traders, there is support around $114/$116 that will act as a gauge for where the price oscillates within the range.

We would also be cautious that volatility in oil markets remains elevated, on both futures and technical charts: