Markets turning on a reset of Fed rate hike expectations

With the Federal Reserve seemingly not as hawkish as some had been anticipating, there has been a shift in the outlook on major markets. This is impacting forex, indices, and commodities. 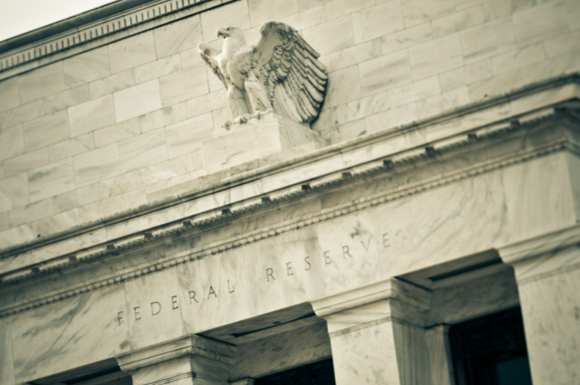 The Federal Reserve increased interest rates by 50 basis points, the biggest hike in more than 20 years. However, this bold move was still met with some relief across major financial markets. Market participants clearly felt that the Fed could have been even more aggressive in its monetary policy. US bond yields have fallen, the US dollar (USD) has had some profit-taking and equity markets have rallied. There is a slight kick-back against these moves this morning, but as expectations get reset this could be a key inflection point for major markets. In this report, we will be:

In a highly-anticipated move, the Federal Reserve hiked interest rates by 50 basis points or 0.50% in yesterday’s FOMC meeting. However, even though there were no economic projections or dot plots, there was plenty else for markets to consider.

Since the pandemic, the Fed has hoovered up huge amounts of assets. In purchasing US Government Treasuries and Mortgage-Backed Securities, the Fed has more than doubled the size of its balance sheet to almost $9 trillion ($8.94 trillion to be accurate).

The FOMC recently announced that it would move to run down the balance sheet as part of moving away from the ultra-loose monetary policy stance of the pandemic response. It previously discussed cutting at a rate of $60bn per month in Treasuries and $35bn in MBS.

Yesterday the Fed announced it would be cutting half this amount ($30bn in Treasuries and $17.5bn in MBS) for the three months before increasing to the $95bn per month levels of assets previously discussed. This is a hint of a slightly less aggressive move by the Fed. The FOMC is to build up slowly to the balance sheet run-off.

However, the big reaction came in the press conference when Powell talked about future interest rate hikes. It seems that there are likely to be two more 50bps hikes in the next two meetings (in mid-June and the end of July). However, when Powell was pushed on the prospect of more aggressive hikes (of 75 basis points) his reply was that the Fed was “not actively considering”.

This was the crux of the meeting. 50bps hikes are on the table for the next two meetings, but as things stand, 75bps hikes are not. This has certainly helped to moderate some of the more hawkish views out there in the market.

The instant reaction to the less hawkish than expected Fed decision suggested that recent market moves were overdone. Here is the market reaction:

So the big question now is whether these moves will be sustaining and whether a turning point has been reached, at least near to medium term.

A topping signal on US yields

There has been an interesting signal on the US 2-year Treasury yield. A bearish Key One Day Reversal was completed yesterday. This is a single-day pattern but can be a powerful reversal signal. The market makes a new high but the move is rejected and the close is below the previous session's low.

These patterns can often signal turning points in sentiment. This is the first decisively negative reaction on yields in the wake of the Fed meeting arguably for two years. Subsequently, we will be watching yesterday’s 2.84% high with interest over the coming days.

Is it time for a USD pullback?

The past few weeks and months have been a near one-way bet for the USD. The acceleration higher over the past five weeks has stalled and now threatens to reverse. After a huge run of strength, it may now be subject to a period of profit-taking.

The first breakout support comes at 101.00 on the Dollar Index and an unwind into support would suggest a pullback of around 1.5% to 2.0%. However, the 100% Fibonacci projection of the recent breakout is around 102.00 which would be a milder corrective move.

Looking at major forex pairs, this would open for a rally on EUR/USD. We have seen 1.0635 (the old key low from February 2020) has acted as a basis of resistance, but if this can be overcome then there is plenty of room for a technical rally into 1.0750/1.0800.

However, the one major pair that is set up well on a USD correction could be for a rally on AUD/USD. After the Reserve Bank of Australia hikes rates more than expected this week and set up for further hikes, the Aussie has been a strong outperformer. AUD/USD has rallied through resistance at 0.7160/0.7190 and if this can now become a basis of support then the outlook for the pair becomes far more constructive for a move higher.

A less hawkish than expected Fed has driven a relief rally on Wall Street (and other major indices too). The S&P 500 futures (MT5 code: SP500ft) have just stalled a rebound slightly around 4303 (a resistance for the third time in less than two weeks). If the market can get into the mindset of being a buy into weakness then there could be a swing higher to at least test the pivot band 4355/4390.

A potential recovery rally on precious metals too

We are also seeing the prospect of a USD correction benefitting precious metals too. A decisive recovery has started on Gold (MT5 code: XAUUSD). A rally through $1890 resistance has also broken a downtrend. The key to a gold rally is whether overhead supply resistance at $1910/$1920 can be broken. This will be the important gauge in the coming days for how sustainable any recovery is.