We assess that EUR will continue to struggle in the event of a continuation of the war in Ukraine. The Aussie looks well set ahead of the RBA meeting. 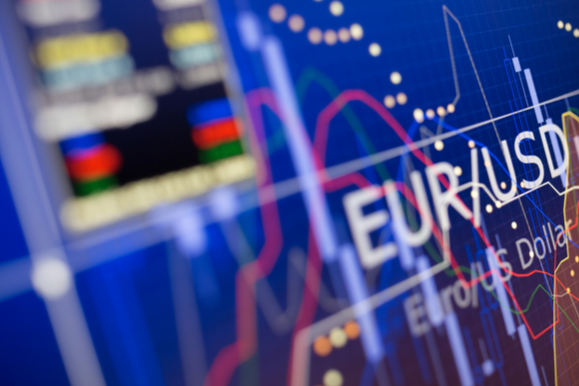 The impact of the Russian invasion on Ukraine is resulting in some themes developing in major forex. The currencies most at risk seem to be the closest in geographic proximity. The safe havens are holding ground, whilst there is also a surprisingly solid performance from the Aussie and Kiwi.

Throughout the build-up to the Russian invasion in recent weeks, there has been a seeming lack of interest across major forex pairs. The outlook has been fairly contained with many pairs showing ranging conditions.

However, since the invasion formally began, there has been a shift in the performance across major pairs. The key movers have been:

The deterioration in the EUR has been slowly developing in recent weeks, but since the invasion last week, there has been a surge of underperformance. This has been driven by several key factors:

Market participants will be asking, what will all this do for ECB monetary policy? It is likely to delay moves towards normalizing policy, especially if the war between Russia and Ukraine continues for a time to come. There is a speech by ECB President Lagarde this afternoon, but we may have to wait until the next meeting of the Governing Council (10th March) for a definitive response

In the meantime though, we believe that the underperformance of the EUR will continue. What is also interesting is that GBP has also been sliding in performance (although not as much as EUR). The Russian central bank also has a proportion of GBP forex reserves (perhaps between 5%/10%). Subsequently, it is also suffering.

During times like these, it is difficult to use technical analysis for directional calls. Newsflow is constantly shifting and markets are highly volatile. However, we are monitoring how EUR/USD reacts to a key support area between 1.1106/1.1120. The weekly chart shows the importance of the breakdown If there is a close below 1.1120 it would mark a significant shift and suggest a move back towards 1.07/1.08 could be seen.

GBP/USD is in less of a parlous position on the longer-term chart. The price is still significantly a level of 1.3160. However, a close under the January low at 1.3357 would mean a likely further retreat towards the 1.3160 area in the coming days/weeks. Already this morning’s downside gap through the support has seen recovery. However, the threat is certainly growing.

However, one currency pair that is holding up well during the flight to safety is the Aussie. This will certainly be tested this week as the Reserve Bank of Australia has its monetary policy decision. Falling unemployment, along with rising inflation and wages have left market participants looking for a hawkish lean from the RBA. Expectations for tighter monetary policy in the second half of 2022 are growing.

The pair of AUD/USD is still holding well in the upper half of its three-month trading range. It is interesting to see that the Russian invasion has not been too much of a drag on the outlook. The initial spike lower last week quickly found support above 0.7085. Once more this morning, with the initial gap, lower the buyers are happy to support once more.

Although this bodes well moving into the RBA, if there is a dovish lean there could be some downside pressure ahead. However, in the meantime, performance seems to be strong still.