Major forex is losing its trends, but it may be short-lived

Major forex has been more uncertain over recent weeks. However, this could all be about to change if sanctions on Russia are ramped up and commodity prices rise again. We still see a position for USD strength. 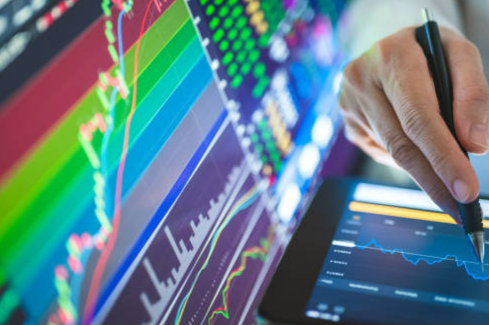 Having seen some significant moves on the breakout of the war in Ukraine, the direction of major forex has been limited in recent weeks. However, we could be about to see some further direction.

On the breakout of war in Ukraine, some significant trends developed in forex Major forex took hold. The USD has sat in the middle of a series of outperformance and underperforming currencies. We can see this in the performance chart of currencies since 23rd February.

Commodity prices shot higher, and this has enabled the outperformance of the three major commodity currencies, the CAD, NZD, and most impressively, the AUD.

The massive underperformance of the Japanese yen has not been because it has lost its safe-haven status. The reason has been the massive run higher on US Treasury yields as markets price for even greater inflationary pressures and the subsequent tighter monetary policy response of the Federal Reserve.

The European currencies (EUR, GBP, CHF) have struggled due to the economic impact and proximity of the war on their doorstep, whilst also being net importers of energy (oil and gas prices have shot higher).

However, it is interesting to see that in the past few weeks, these trends have gradually been lost. See the chart below, where currencies are settling into more ranging moves (arguably except for JPY).

The question is whether we will start to get some more direction again. The debate over what to do with Russian oil and gas could be important here. The EU is likely to discuss the prospect of banning Russian oil and gas in the coming days. If this sanction is rubber-stamped then it could once more pull the oil price higher.

This will be one to watch in the coming days. If the sanction is imposed, the commodity currencies would likely start to outperform once more. However, we could also see the USD performing well. The USD is a safe haven, but the US has is a net energy exporter and has an economy well set to cope with this situation.

A choppy but ranging Dollar Index, for now

The Dollar Index has strengthened by 10% since May 2021. Although the index continues to trend higher on a longer-term basis, in the past few weeks it has stalled in its advance. A choppy but ranging move has developed. For now, we continue to see a case for further dollar strength, especially if sanctions are escalated.

The technicals are ranging

There is a lack of direction on several of the major forex pairs. Starting with EUR/USD, the EUR has been more solid in recent weeks. However, the rebound on the pair has faltered at the key resistance band of 1.1120/1.1185 and the market has pulled back. Rallies into old resistance have been frequently used as a chance to sell in recent months (in October, December and January). We believe this could be another such move. Reaction around 1.0940 initial support is a gauge this week.

The rally on the Aussie has been impressive, but it has just hit the buffers in the past couple of weeks. A mini range between 0.7455 and 0.7540 has been set in for AUD/USD. The weekly chart shows that this is just under a crucial resistance at 0.7555 from the October high. If there were to be another blowout move higher on commodity prices, this resistance at 0.7555 would likely be breached.

GBP/USD has been in a choppy consolidation recently, but there are signs once more of the stronger USD starting to hint again. The almost instant failure of the rally through 1.3160/1.3195 resistance turned back from 1.3300 and is back under the old support again. This lends a negative bias to what is still a long-term downtrend channel on Cable. Selling into strength has been a strategy for much of 2022 and we expect this to continue for moves back below 1.3000 in due course.